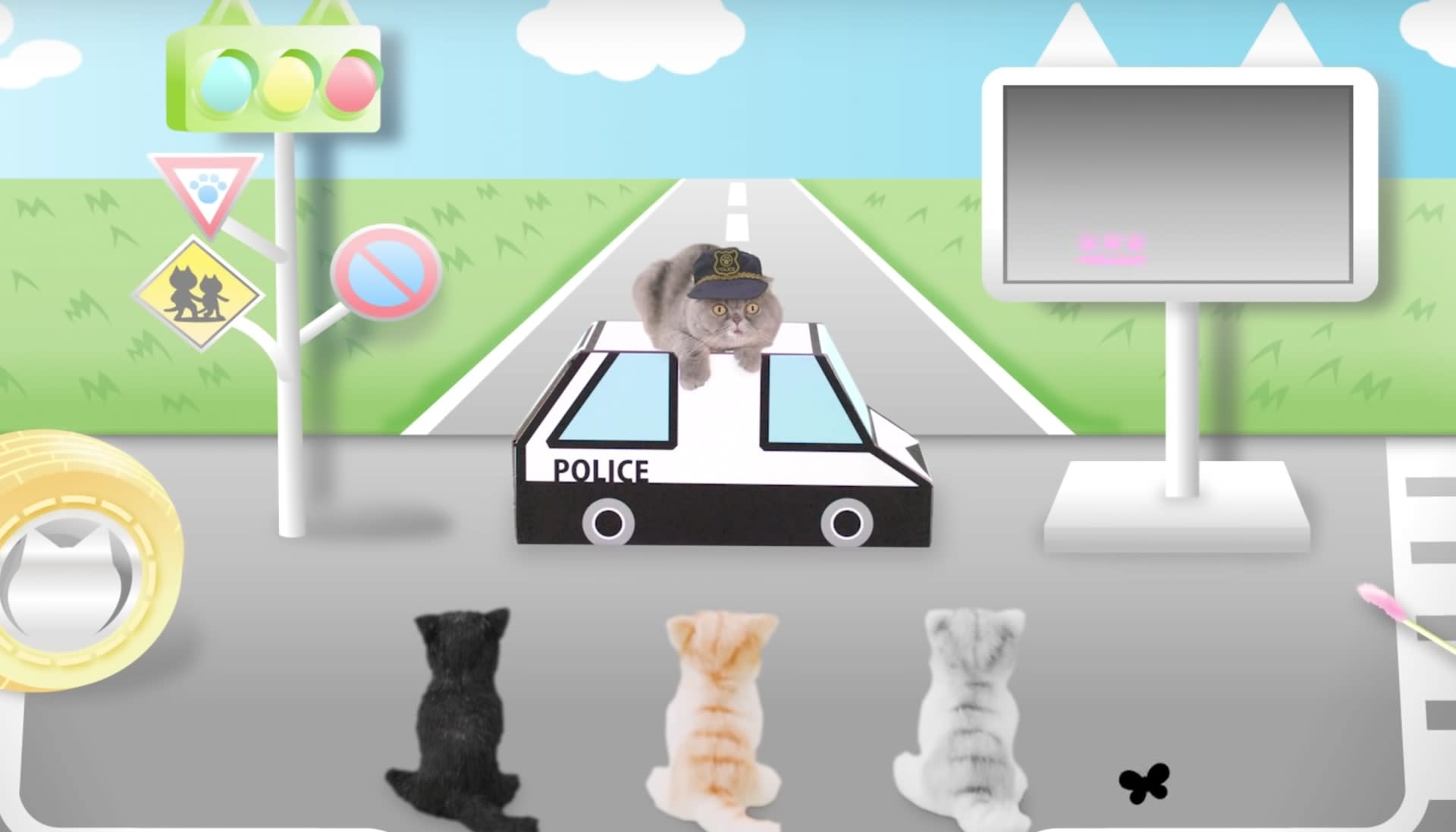 As a species, we've done a pretty bang up job making the rest of the planet incredibly dangerous for other animals. Ask any badger and they'll tell you, "humans are the worst." Roadways are particularly treacherous to the rest of the animal kingdom. But a Japanese auto parts and service chain, Yellow Hat is doing its part to help some of our four-legged companions on this big blue orb navigate the dangers of the streets.

In a video that according to Fast Company is tailored for the enjoyment of cats, Yellow Hat has gone to great lengths to share with felines the dangers of the road. While I don't speak Japanese (or cat, but I'm taking classes), I think I have the general gist of what's happening.

A police cat (probably a captain), lectures three cats about what you shouldn't do (as a cat) on the road. Officer Whiskers (I'm guessing that's the cat's name. If it isn't, it should be) warns the assembled kittens via meows that, "there are many dangers."

The kitty constable then shares important pearls of wisdom like "don't jump out into the street!" which are accompanied by videos of cats behaving badly on and near roadways. Some of these felines are played by people dressed as cats and some are puppets. I know, I'm also disappointed in Yellow Hat for giving cat roles to humans.

According to the fine humans over at Sora News24, the video was created specifically to engage cats. It was put together with help from Kyoto University's Camp-Nyan animal psychology research team. In addition to having something moving around on screen at all times to keep the intended viewer's eyes on the video, the background music has chirping birds and sounds that resemble squeaking mice.

During a scientific test with my own cats, they were intrigued by the video for roughly 15 seconds before walking away. To be fair, neither goes outside and they're more fans of French New Wave films. But if they do become outside cats, I'll be sure to sit them both down and let Officer Whiskers lecture them about the dangers of the road.

Also, please be aware while you're driving. Slow down for humans and animals.

Via: Fast Company, Sora News24
Source: Yellow Hat
In this article: business, cat, entertainment, safety video, transportation, yellow hat
All products recommended by Engadget are selected by our editorial team, independent of our parent company. Some of our stories include affiliate links. If you buy something through one of these links, we may earn an affiliate commission.