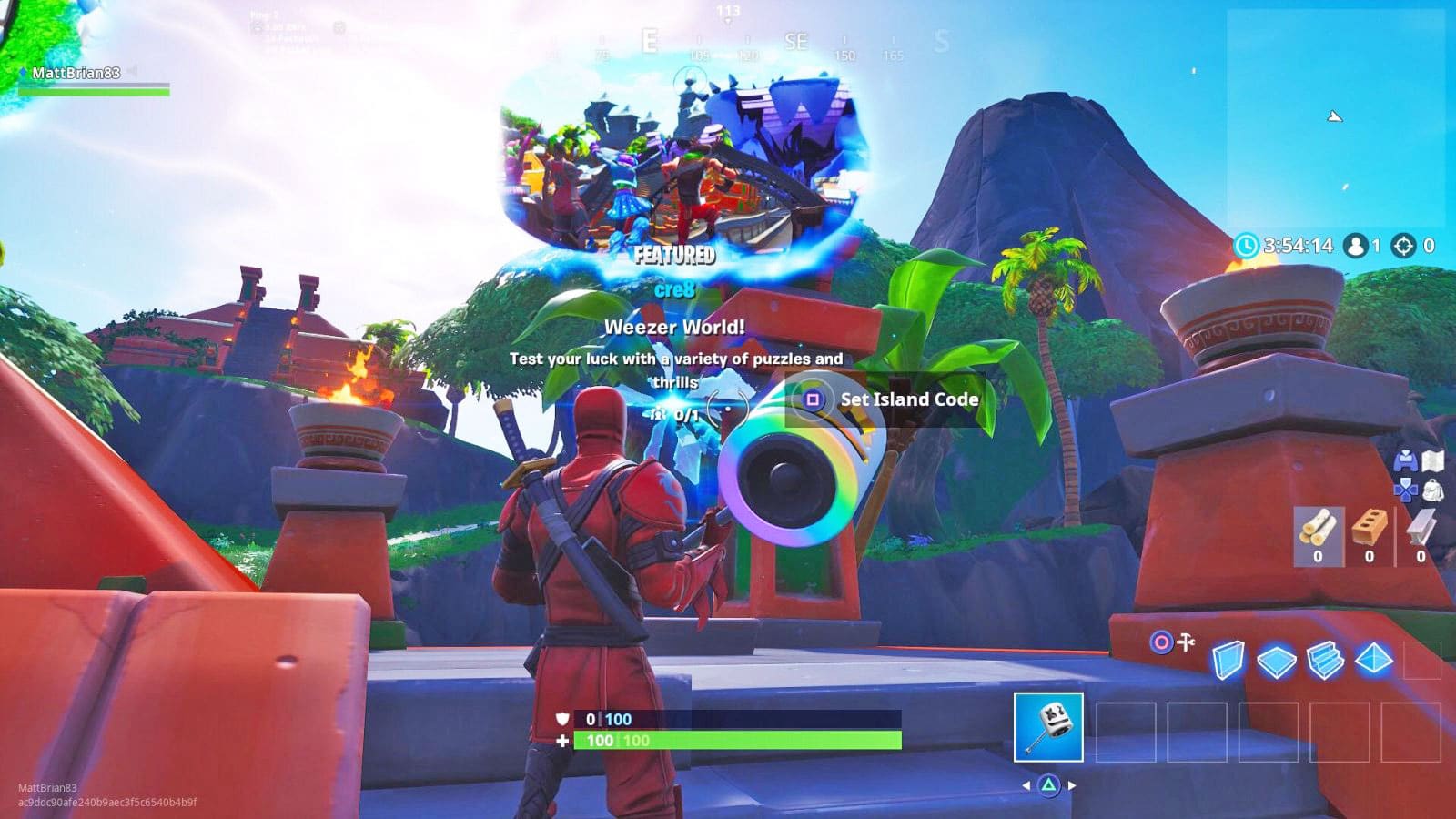 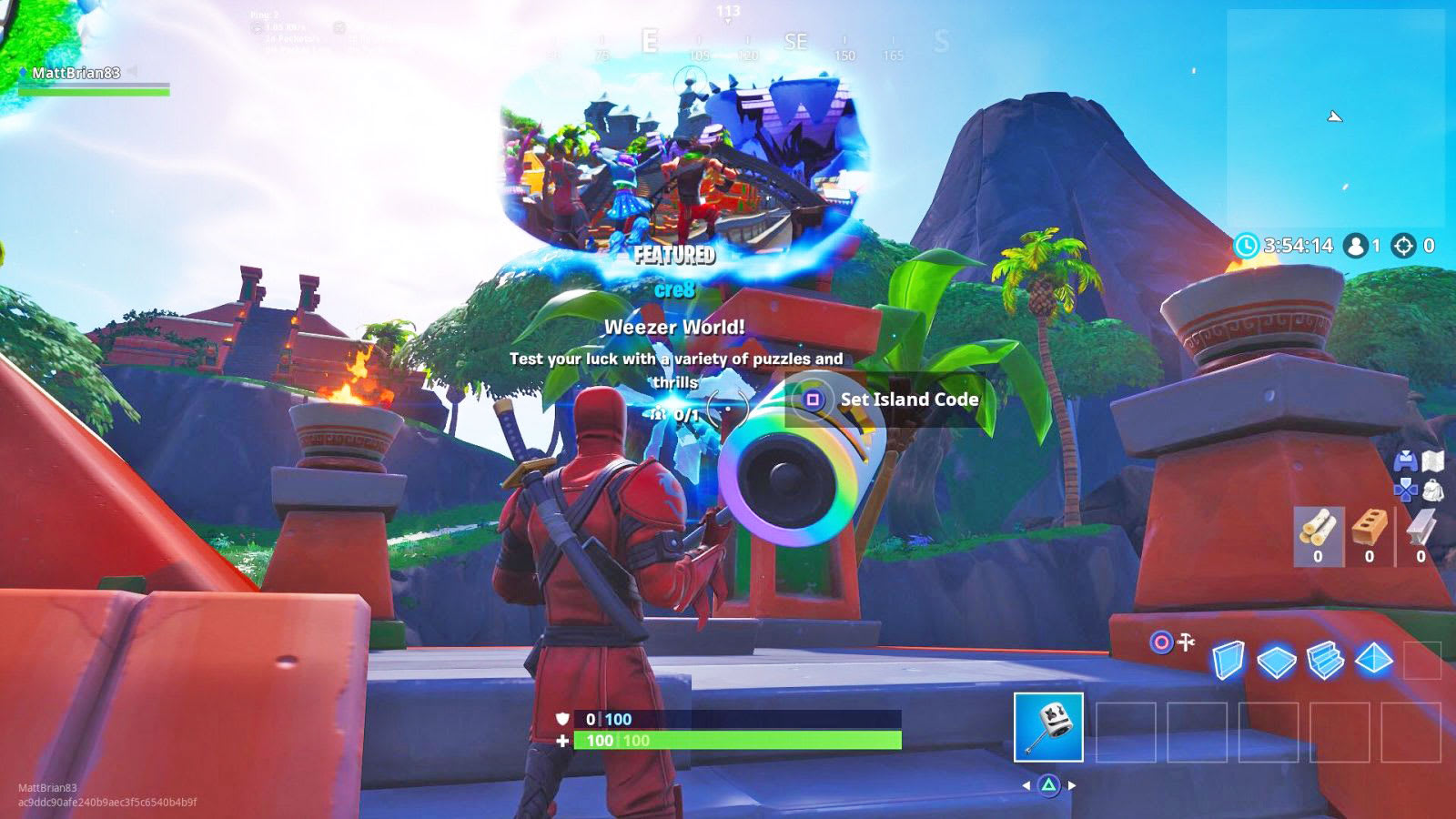 Weezer's latest stab at relevance is an island in Fortnite that features songs from their new record, The Black Album. Players can visit "Weezer World" by jumping into the game's Minecraft-style Creative mode. The island itself is modelled after a theme park, with Weezer's massive logo at the entrance and playable mini-games scattered throughout.

The band's been teasing it since early February when frontman Rivers Cuomo tweeted "Weezer (The Fortnite Album)." Weezer's Twitter then made it official on Friday: "Stop by the one of a kind Weezer World amusement park in Season 8 of @FortniteGame."

And now it's finally time to kick back & relax on your very own island in the sun. Stop by the one of a kind Weezer World amusement park in Season 8 of @FortniteGame. Find it in creative mode and listen to the sweet sounds of #TheBlackAlbum while playing #FortniteCreative pic.twitter.com/5o6msnsI66

The move is blatant attempt at courting the teen market. Though the band's fan base probably included younger listeners when they got their start in the '90s, they're all grown up now. And Fortnite is where musicians, ranging from Drake to Travis Scott, go to round up new listeners.

This is different from a livestream, however. It coincides with Fortnite's Season 8 update, which appears to have brought with it a bunch of new Creative maps, including publicly-shared creations promoted by developer Epic Games. The fact that it comes with a custom Weezer soundtrack is unique and, chances are, the band worked with (read paid) Epic for this.

Musicians are probably clamoring to recreate the record-breaking success of Marshmello's virtual Fortnite concert, which drew in 10.7 million players (the most for an in-game event day) last month. That, of course, took place in Fortnite proper. But keeping Weezer World limited to Creative mode suggests Epic may have worked out a way to let marketers in on its teen sensation, without alienating players as a result.

Source: Weezer (Twitter)
In this article: av, fortnite, fortnite creative mode, gaming, weezer
All products recommended by Engadget are selected by our editorial team, independent of our parent company. Some of our stories include affiliate links. If you buy something through one of these links, we may earn an affiliate commission.