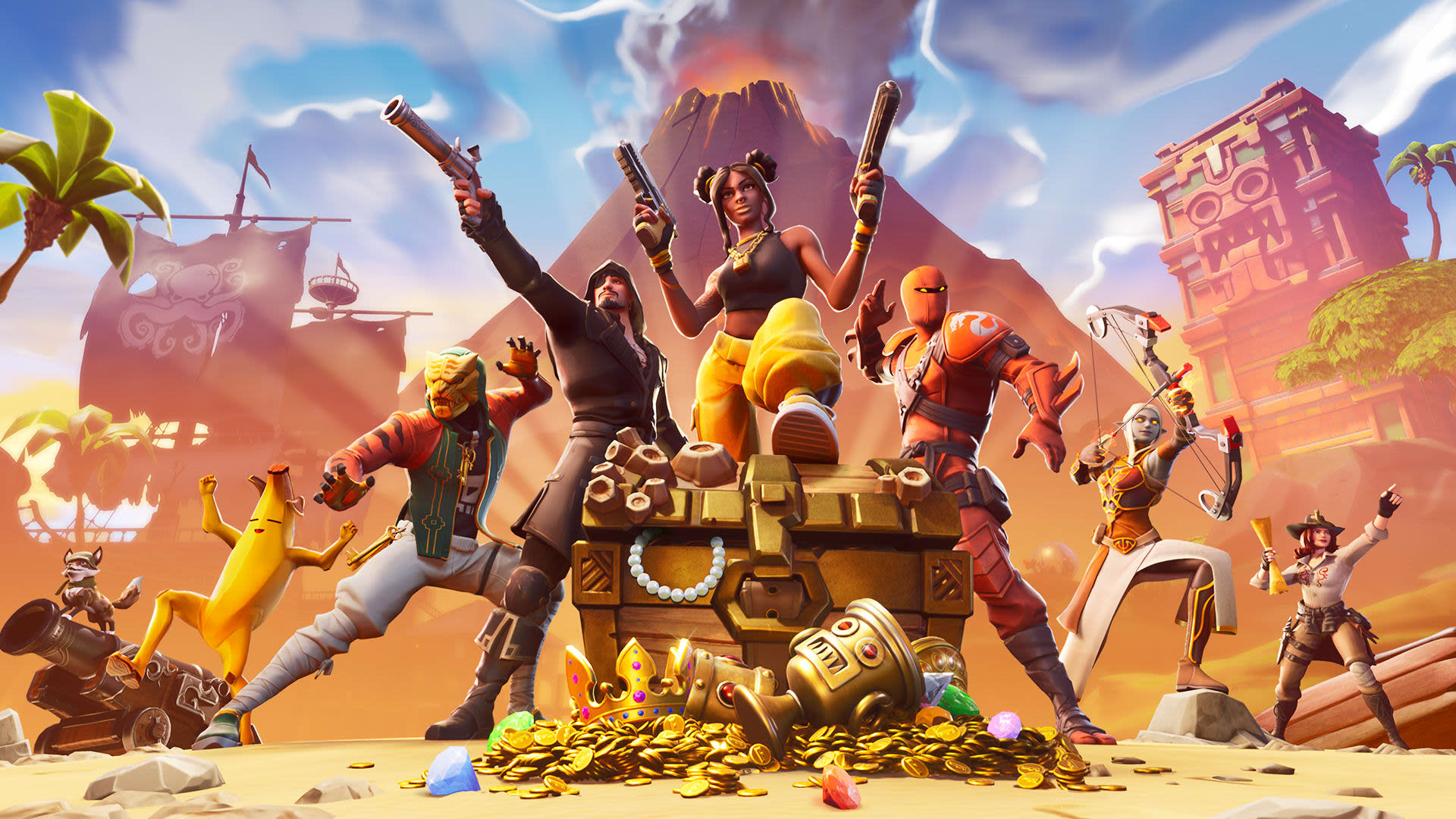 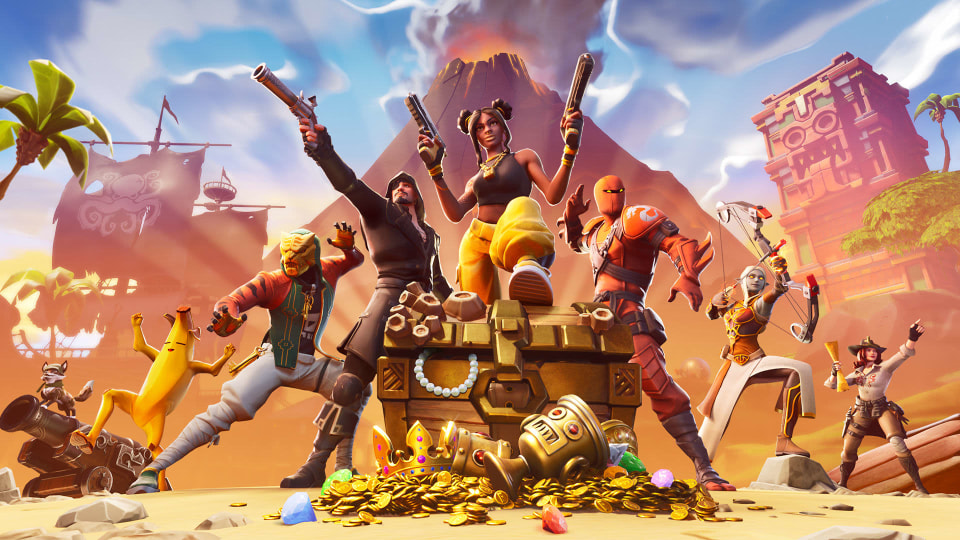 After weeks of teases and many an earthquake, Fortnite Season 8 is officially here. As is typical with any major update to the popular battle royale shooter, there are a lot of new locations, unique weapons and tons of new skins and emotes, which all revolve around pirates, ice and a lot of lava. It appears Epic Games is taking notice of its competition too, because there's a lot of new features coming to Fortnite that you've possibly seen before in other games.

Whereas Season Seven focused on a winter white-out, Season Eight brings more sunshine. As the trailer shows, pirates have come to the island, going to war with the Ice King and the fiery Prisoner. A massive volcano now sits in the north of the map where Lazy Links used to be, dealing damage to anyone who touches its lava streams. There are also volcanic vents that will boost players and vehicles into the air (similar to the corruption vents in Season Six). Two other new named locations -- Lazy Lagoon and Sunny Steps -- have been added to the island.

To reinforce its pirate themes, Epic Games has added cannons, letting you deal big damage to buildings or enemy structures with a cannonball. Like in Sea of Thieves, you can also turn yourself into a projectile by loading yourself into the cannon and tumbling into anything in your way. Sneaky Snowmen, Chiller Grenades, X-4 Stormwing planes (finally), Shopping Carts and ATKs have been added to the vault, most likely never to be seen again.

With Respawn's Apex Legends snapping at Fortnite's heals, Epic Games has borrowed one of the best mechanics from the rival battle royale shooter: the ping system. As part of its marker improvements, you can now double-click the marker button/hotkey to place a "danger" point, alerting teammates to potential enemies or other points of interest. They'll also note how far away members of your squad are away from you, giving you more of an incentive to group up ahead of a push.

For the first time in a long time, you can clearly see Epic Games taking notice of its competition. Big name streamers like Ninja, Dakotaz and HighDistortion now split their time between Fortnite and Apex Legends while others have gone back to Sea of Thieves. It makes sense for Epic to sprinkle some of the best ideas from competing titles in order to make its own game more fun.

As we noted earlier this month, the Season Eight Battle Pass is free, if you managed to complete all of the Overtime challenges. If you didn't, the Pass is 950 vBucks, normally around $10/£8.

In this article: epic games, fortnite, gaming, internet, sea of thieves
All products recommended by Engadget are selected by our editorial team, independent of our parent company. Some of our stories include affiliate links. If you buy something through one of these links, we may earn an affiliate commission.