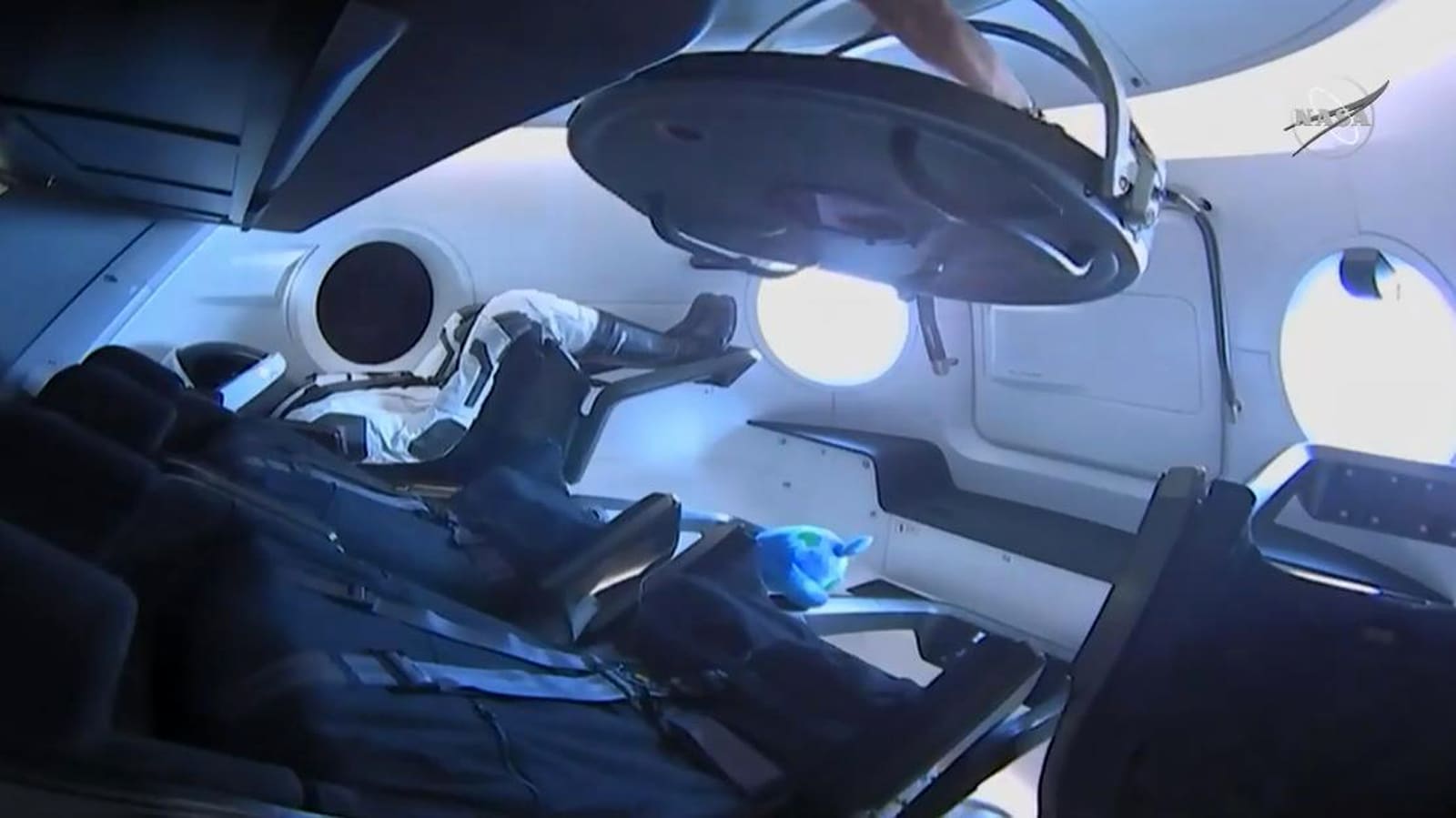 SpaceX's Crew Dragon has completed the last leg of its historic first journey. The capsule docked with the International Space Station through a "soft capture" at 5:51AM Eastern, with astronauts aboard the ISS opening the hatch shortly after 8AM. There wasn't much to greet the ISS crew this time around, as the test flight only included 400lbs of supplies and the human-shaped Ripley test device. Still, it's an important moment in NASA's Commercial Crew Program -- an American capsule has docked in orbit.

Crew Dragon is poised to return to Earth on March 8th, when it should splash into the Atlantic Ocean.

The first crewed flight isn't slated to take place until July, when NASA's Bob Behnken and Douglas Hurley will travel to the ISS for a two-week test mission. Provided all goes well, it'll represent the first human flight aboard an American spacecraft since the Space Shuttle program wound down in 2011. SpaceX won't have a monopoly when Boeing has its own crewed capsule on the way, but it could easily have the early bragging rights.

Capture confirmed! After making 18 orbits of Earth since its launch, @SpaceX's #CrewDragon spacecraft successfully attached to the @Space_Station via "soft capture" at 5:51am ET while the station was traveling just north of New Zealand. Watch: https://t.co/oJKHgK8eV7 pic.twitter.com/xO1rU5cAMM

Hatch is open! Crew Dragon will now spend 5 days at the @space_station pic.twitter.com/HA9iSWOBVE

Source: NASA (Twitter), SpaceX (Twitter)
In this article: commercialcrew, CommercialCrewProgram, crewdragon, docking, gear, InternationalSpaceStation, iss, space, spaceflight, spacex, tomorrow, video
All products recommended by Engadget are selected by our editorial team, independent of our parent company. Some of our stories include affiliate links. If you buy something through one of these links, we may earn an affiliate commission.