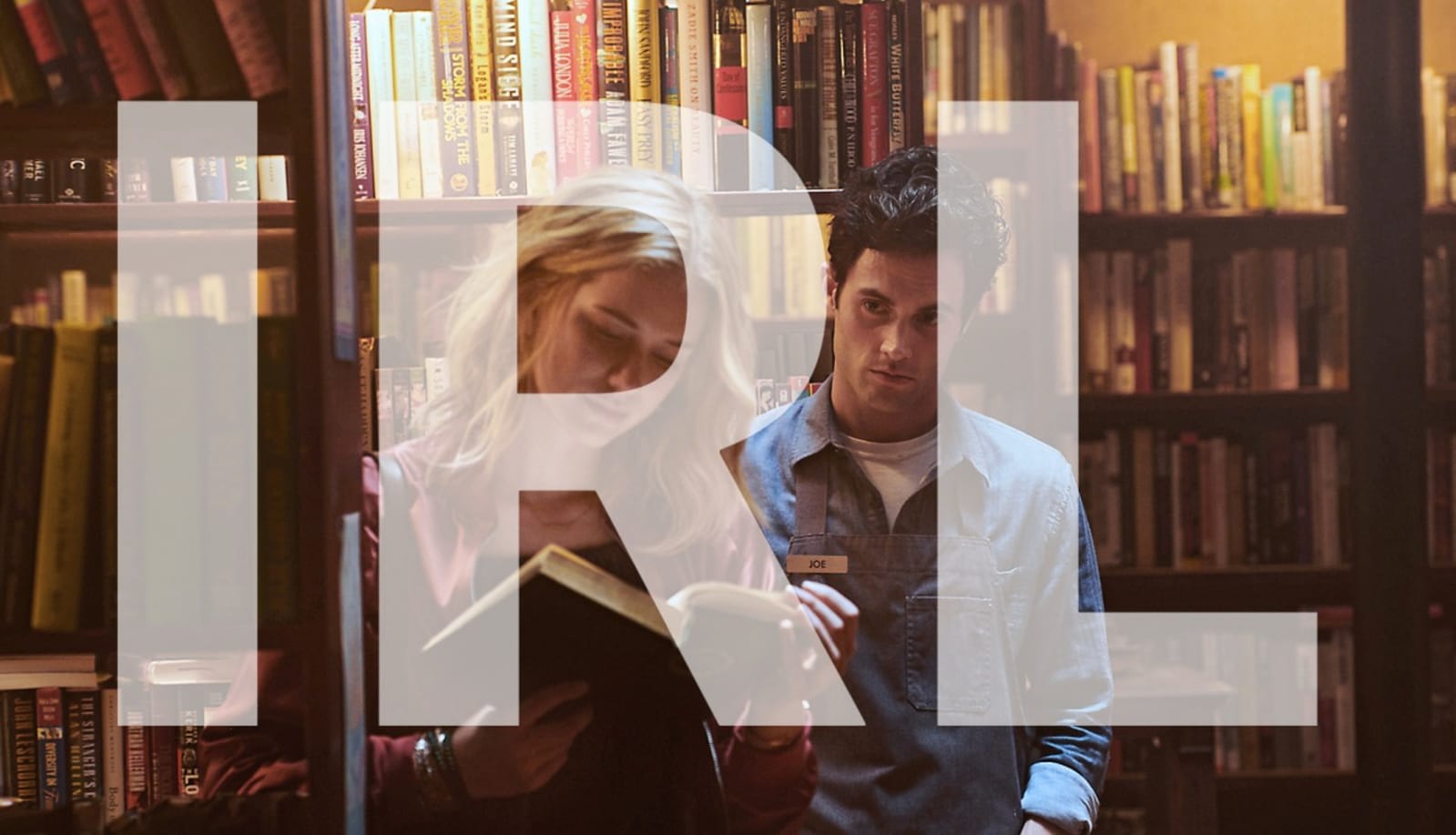 Something about multiple reviews calling You a pulpy stalker drama put me off watching it as soon as it became available on Netflix. But one weekend, while scrolling through shows and not having anything particular in mind, I hit play and watched one episode after another. Is it as trashy as the reviews say it is? Probably. It definitely knows its audience: teens and young adults who enjoy soapy thrillers like Pretty Little Liars.

Personally, I think Penn Badgley's portrayal of a charismatic creeper made up for the cheesier elements of the show -- his blank, unfocused gaze even reminded me of Christian Bale's in American Psycho. His surprising creeper rivalry with one of the other characters and his evolution from what seemed to be a garden-variety stalker into a full-blown murderer were enough to keep me watching until the middle of season one. Yes, I stopped watching then, because a huge plot development deterred me from seeing the rest of the episodes... or maybe it's just because I'm not really big on soapy thrillers. If you are, though, this one is certainly worth a shot.

You first aired on Lifetime and is currently streaming via Netflix. Season two will premiere on Netflix later this year. Sometimes when you pick a movie to stream, you're not looking for the best movie -- just the weirdest one. As a possible solution for that issue I submit The Lobster, a 2015 flick from Yorgos Lanthimos that is about as strange as they come.

Even as Netflix ramps up its library of romantic comedies, this one bends sharply in the other direction. It depicts a dystopian future where being single is illegal. Adults who can't find a partner are shuttled to a hotel for one last ditch effort lest they face the consequence of being turned into an animal. Did I forget to mention the part where guests hunt wild "loners" on the weekend with dart guns and earn extra time credits for each one they bag?

This is also a universe where Colin Farrell remains unpaired, and takes the fateful last vacation along with a dog that used to be his brother. The Lobster is a comedy, but it earns its stripes as a dark one quickly. If you're looking for something light then I wouldn't recommend it, but the movie is as complicated as real relationships can be and puts several interesting spins on the question of what true love is and why some people pursue it.

The Lobster is currently streaming in the US via Netflix.

In this article: av, dell, entertainment, Netflix, newirl, streaming, The Lobster, thebuyersguide, videoirl, You
All products recommended by Engadget are selected by our editorial team, independent of our parent company. Some of our stories include affiliate links. If you buy something through one of these links, we may earn an affiliate commission.