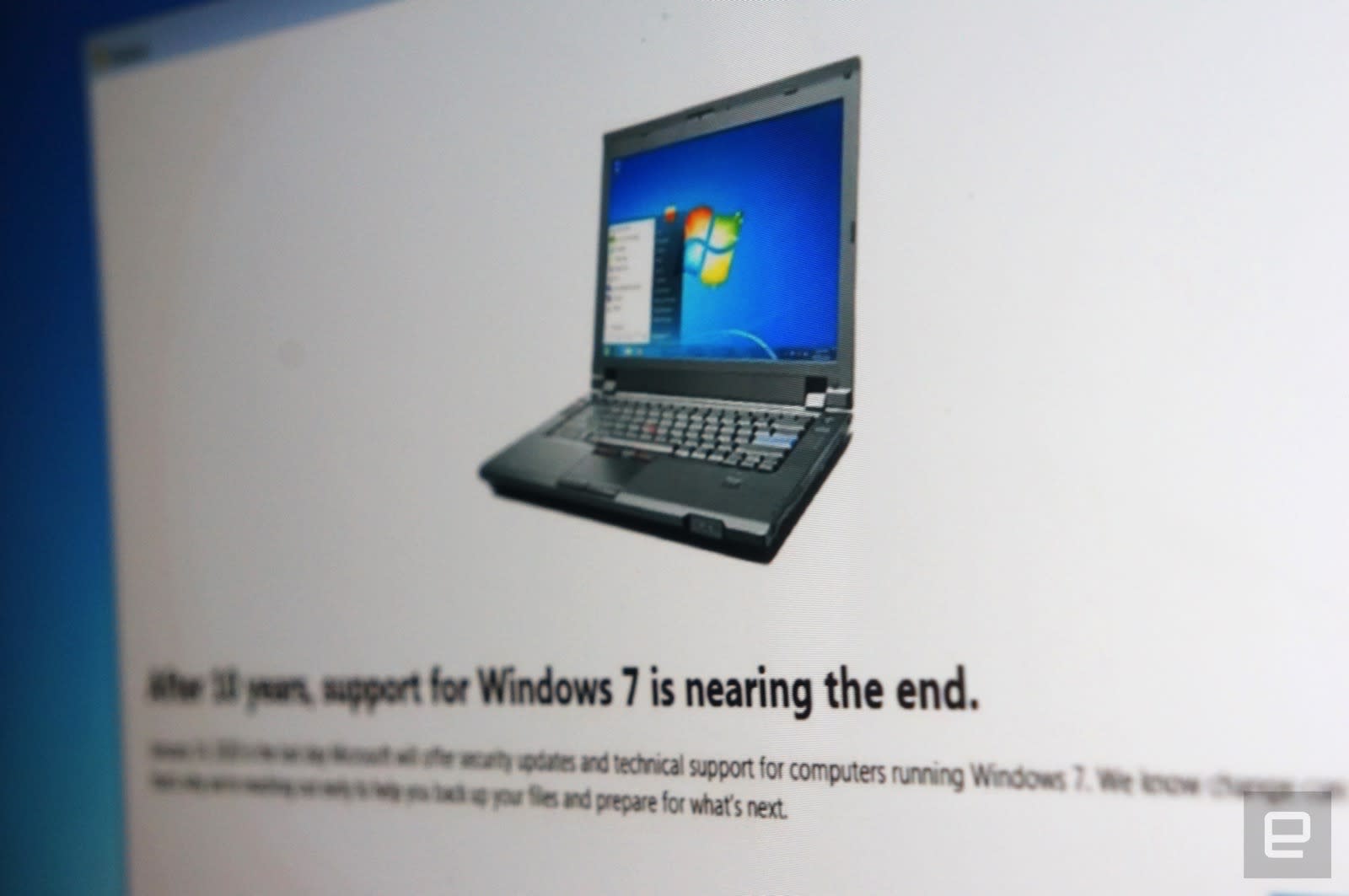 Microsoft really, really wants you to know that Windows 7's security updates will end soon. A newly deployed update will warn users that Microsoft will stop providing security updates for the operating system after January 14th, 2020, with a not-so-subtle reminder that the software has been around for 10 years. The updates should start appearing on April 18th. The alert will be hard to miss when it arrives the first time, though you'll thankfully have the option of disabling future reminders.

Many people are likely to see the notice. Net Applications data suggested that Windows 7 represented nearly 40.2 percent of desktop usage as of February, or slightly more than were using Windows 10. Whether or not they can heed the message is another story. Many of those people are either on PCs that would struggle with Windows 10 or are using corporate machines where OS updates might be out of their control. Microsoft is no doubt hoping that the message will persuade at least some of those holdouts, though.

There is a strong incentive to make the jump, at least for businesses and institutions. Once official support ends, Microsoft only provides consistent security updates to companies that pay for extended support, which ends in 2023. It'll make very rare exceptions for instances like the WannaCry ransomware outbreak. Although a Windows 10 upgrade won't necessarily guarantee protection against security threats, it'll at least prevent attacks where solutions have existed for years.

Via: TechCrunch
Source: Windows Support
In this article: gear, microsoft, operating system, personal computing, personalcomputing, security, software, update, windows, windows 7
All products recommended by Engadget are selected by our editorial team, independent of our parent company. Some of our stories include affiliate links. If you buy something through one of these links, we may earn an affiliate commission.