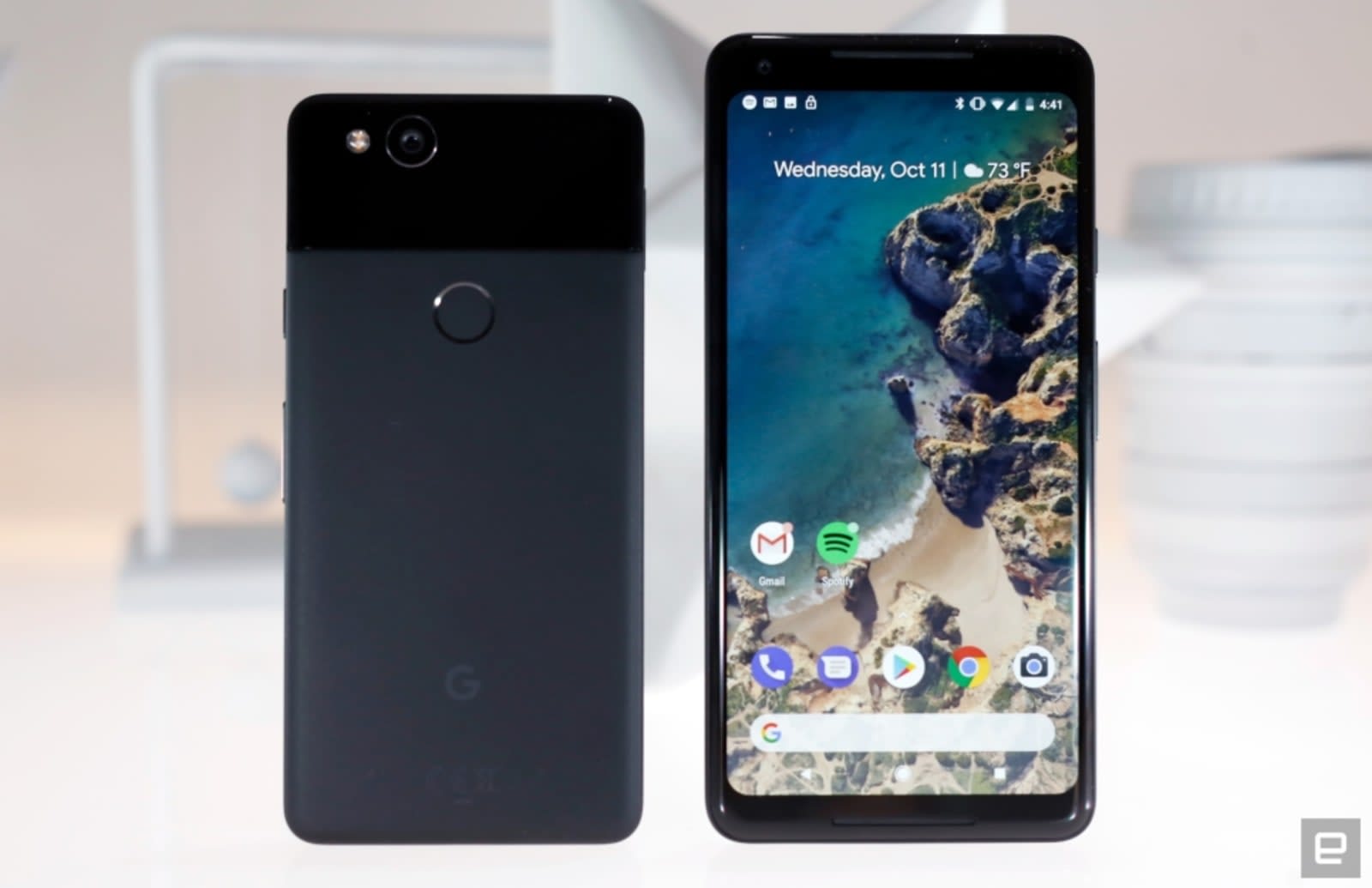 Google is no longer selling the Pixel 2 and Pixel 2 XL through its store, in the hope you might instead buy the Pixel 3. As spotted by Android Police, the older devices are no longer visible on the Phones section of the Google Store, and if you try to visit the Pixel 2 page directly, you'll be redirected to the Pixel 3 listing. The devices are also no longer available through the Google Fi store.

The move might not come as too much of a surprise. Google discounted Pixel 2 and Pixel 2 XL over Valentine's Day, seemingly as part of an effort to shift some of the remaining stock. It removed the original Pixel from its store around this time last year, also about 18 months after announcing that handset. However, you can still find Pixel 2 and Pixel 2 XL at third-party retailers. It's an interesting strategy that stands in contrast to Apple, which continues to sell some of its handsets several years after release.

Via: Android Police
Source: Google Store
In this article: business, gear, google, google store, googlestore, mobile, pixe 2, pixel 2, pixel 2 xl, pixel 3, pixel2, pixel2xl, pixel3, smartphone, thebuyersguide
All products recommended by Engadget are selected by our editorial team, independent of our parent company. Some of our stories include affiliate links. If you buy something through one of these links, we may earn an affiliate commission.