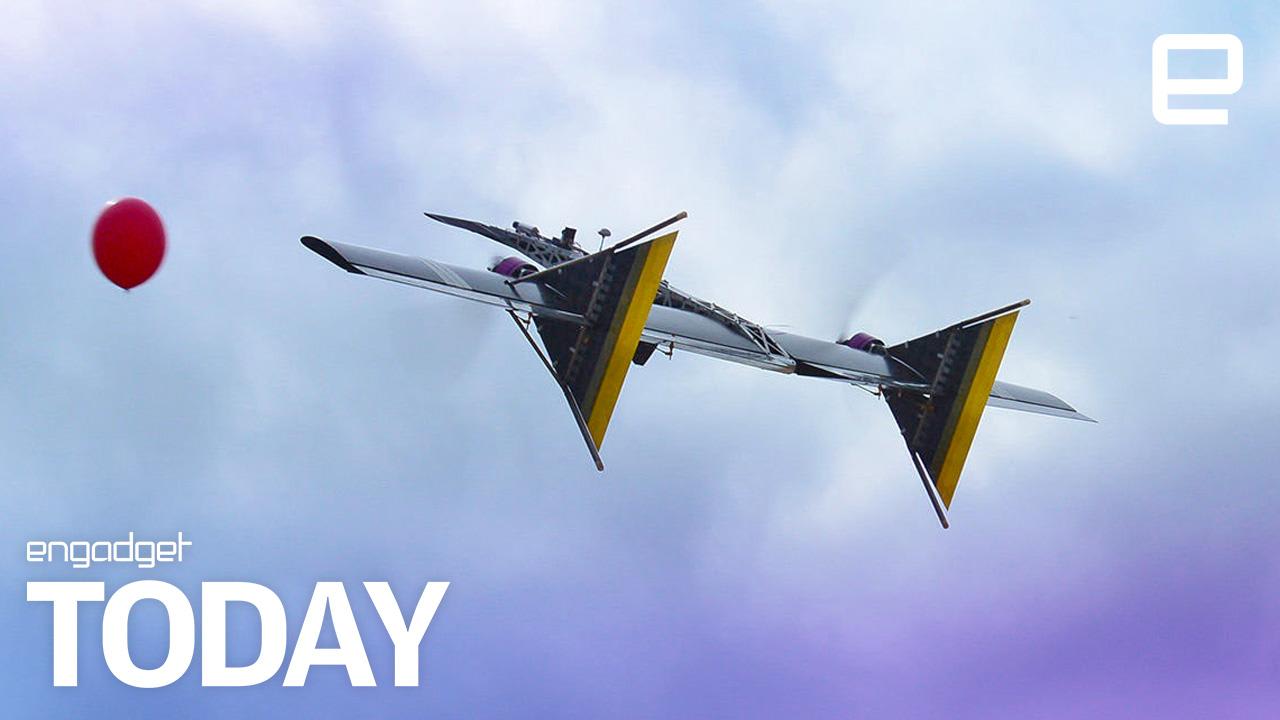 No, this isn't an April Fool's joke: A Russian defense contractor has patented a drone that uses a shotgun to blast other drones out of the sky. It comes from Almaz Antey, a Russian defense contractor that manufactures the S-400 Triumf surface-to-air missile that caused a rift between Turkey and the US. The tail-sitting drone takes off on the spot but flies like an airplane for greater efficiency, giving it a 40-minute range while packing a fully-automatic Vepr-12 shotgun with a 10-round magazine.

The drone was built by the "Student Design Bureau of Aviation Modeling" at the Moscow Aviation Institute for Almaz Antey. It's of a similar type used by mining companies, farmers and others to survey pipelines and other installations. A visor-wearing operator uses a live video link to fly the drone and aim the weapon, which is tucked into the nose of the aircraft. A shotgun, rather than a rifle or pistol, was selected for the same reason they're used for duck hunting: the wide dispersal pattern makes it easier to hit a target.

For now it's merely a demonstrator, according to the Russian defense site Dambiev. However, Russia is pretty serious about weapons-packing drones, having already created the "Karnivora" drone equipped with nets to take out other UAVs. A "shock" version can reportedly carry high-explosive fragmentation grenades and anti-tank bombs -- nightmare fuel, indeed.

Via: Jalopnik
Source: Russian Federal Service for Intellectual Property
In this article: AOLoriginals, daily show, Drone, engadget, Engadget Today, engadget video, entertainment, gear, JSCAlmazAntey, robots, Russia, Shotgun, Vepr-12, video
All products recommended by Engadget are selected by our editorial team, independent of our parent company. Some of our stories include affiliate links. If you buy something through one of these links, we may earn an affiliate commission.