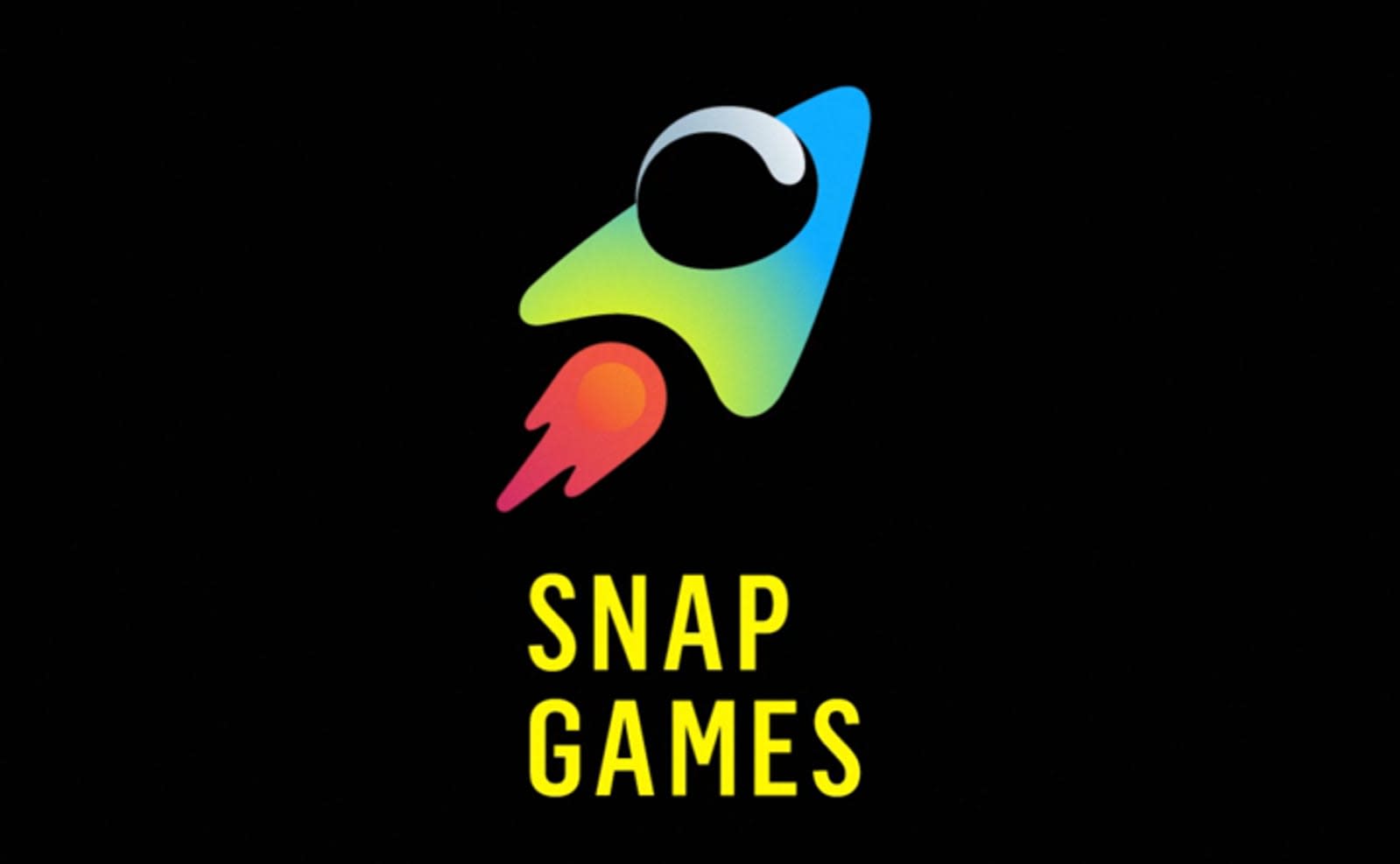 Well, it looks as if the rumors were true: Snapchat is, indeed, launching its own gaming platform. Snap made the news official at its Partner Summit, which is taking place in Los Angeles. The company said that, starting today, it will begin rolling out a series of games made exclusively for Snapchat, including one it developed itself called Bitmoji Party. Snap says what makes its games service unique is that each title is designed for "high-fidelity, synchronous" gameplay, meaning you can you play them in real-time with your friends directly through the app.

To do this, Snapchat has redesigned its chat feature with a new "rocket" button that will let you quickly hop into a game and play it live with your friends. Snap Games will feature six titles at launch, all based on HTML5 and covering a wide range of genres. With its own Bitmoji Party, the company drew inspiration from Nintendo's classic Mario Party: Using your 3D Bitmoji avatar, you can play a series of mini games with up to eight friends at a time and chat with them simultaneously, either via voice or text. One of the mini games in Bitmoji Party is Zombie Escape, which starts by letting one player get infected with a virus and then having to chase the other players in the middle of a haunted house.

Aside from that first-party title, Snap teamed up with a few developers to kick off its Games service: Spry Fox, ZeptoLab, Game Closure, PikPok and Zynga. And of course, with the hype surrounding Fortnite and Apex Legends, there's a battle royale game in the mix. Tiny Royale, created by Zynga, is top-down battle royale designed for the Snapchat vertical-video experience. You can team up with friends or go solo during 2-minute rounds, where you can loot and shoot around until you, or someone from your team, is the last one standing.

The other games include a collaborative Alphabear spin-off called Alphabear Hustle, as well as C.A.T.S. (Crash Arena Turbo Stars) Drift Race, Snake Squad and Zombie Rescue Squad. While they're all free to play, you will have to watch six-second ads throughout your sessions, and down the road there may be more monetization options for developers.

In a media briefing for the announcement, Snap executives told Engadget that this has been in the works for about a year and half, as the company realized that the "friendship" experience on Snapchat could be about more than just chat. And although Snap's first foray into games in Snapchat came with Snappables in 2018, those are focused on augmented reality and not about being a real-time experience.

Games will be a closed platform, unlike Facebook Messenger, because Snap wants the service to be more about quality than quantity. There will be more games coming down the road, naturally, but even then the execs said the goal will be to make Snap Games feel curated and not have it be just a cluster of games that Snapchat users won't enjoy.

In this article: av, bitmoji, bitmoji party, business, entertainment, games, gaming, gear, internet, interview, mobile, snap, snap games, snap inc, snap partner summit, snapchat, tiny royale, video games, zynga
All products recommended by Engadget are selected by our editorial team, independent of our parent company. Some of our stories include affiliate links. If you buy something through one of these links, we may earn an affiliate commission.