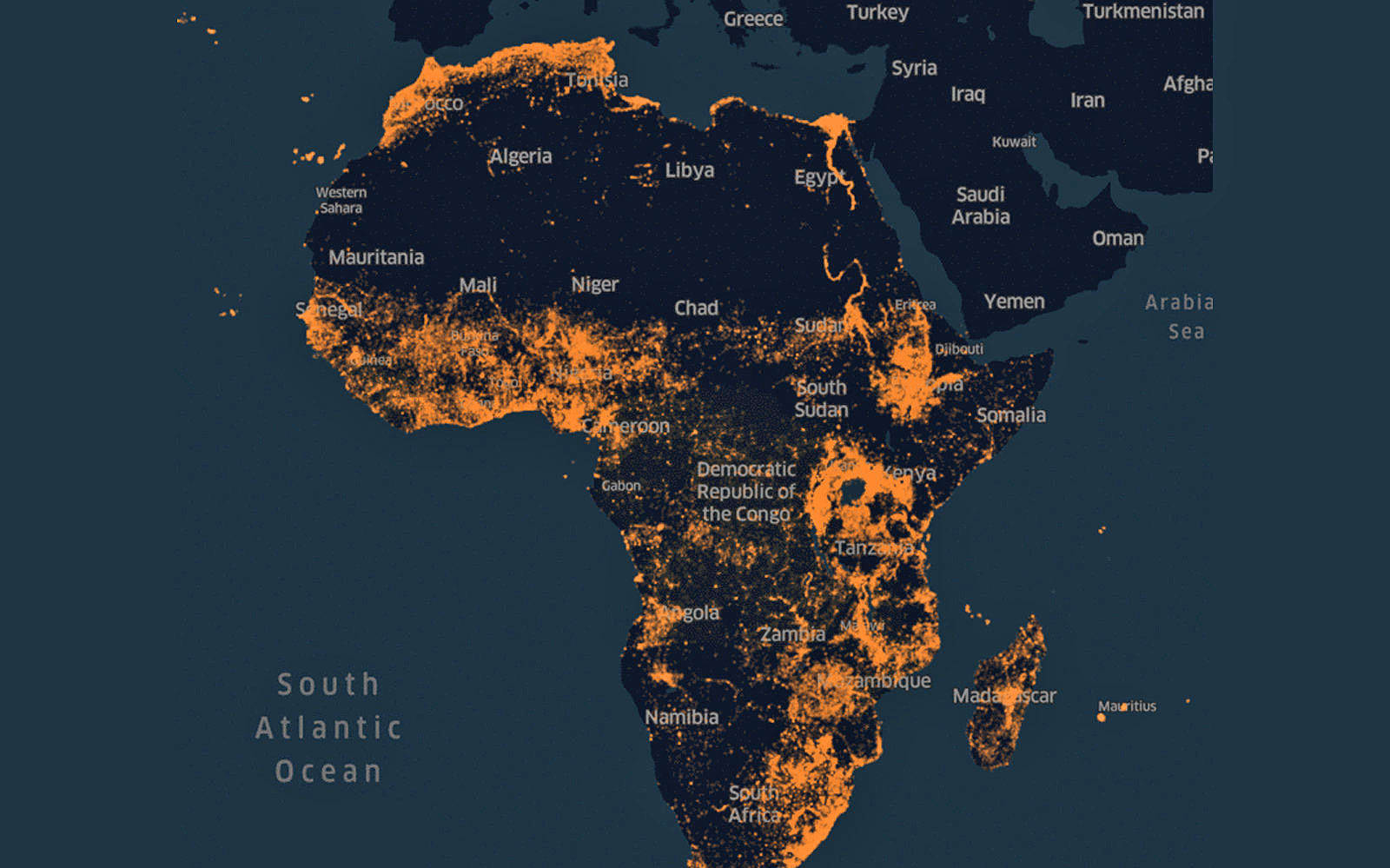 Facebook has created AI-based population maps before, but it's now generating them on a truly massive scale. The social site is releasing new, ultra-detailed population density maps that cover the "majority" of Africa, helping relief agencies know where to go when providing aid. The technique is similar to what Facebook has used before, but tweaks to the formula kept the accuracy high even across Africa's 16 million square miles.

The project had a neural network classify a whopping 11.5 billion satellite images (64x64 pixels each) based on training data from roughly 1 million pictures -- it could tell where people lived based on the presences of buildings in each frame. When combined with census data and some verification, Facebook could identify 110 million home locations within a matter of days, skipping areas they knew were uninhabited.

It's not a complete picture of the continent, and Facebook has some ways to go before it can map Earth. More countries are coming, though, and covering much of a continent is notable by itself. Facebook is already eager to tout success with its population maps in countries like Malawi and Tanzania, where it helped supply vaccinations and more reliable electricity to rural areas. The new data could magnify those efforts and ensure that even the most remote communities get the assistance they need.

Source: Facebook AI Blog
In this article: africa, ai, artificial intelligence, computer vision, facebook, gear, internet, machine learning, population, space
All products recommended by Engadget are selected by our editorial team, independent of our parent company. Some of our stories include affiliate links. If you buy something through one of these links, we may earn an affiliate commission.