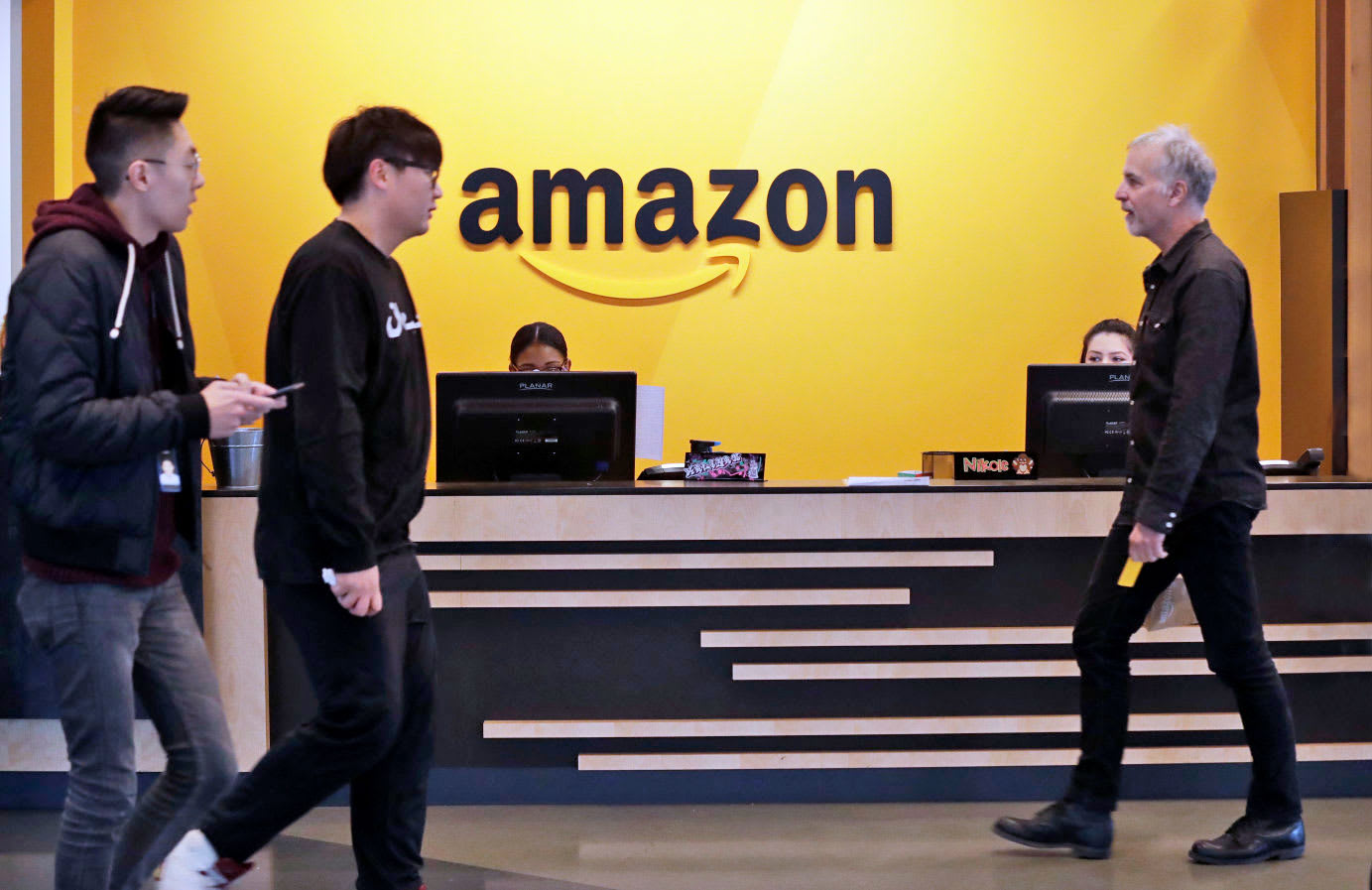 Amazon is the next tech giant to face mounting calls to action from its employees. A total of 3,541 employees have published an open letter asking Jeff Bezos and other leaders to adopt a shareholder resolution and release a "company-wide" climate change plan meeting their terms. Some are clarifications of existing initiatives, while others would require a significant shake-up in its existing strategy.

The workers called for a "complete" end to the use of fossil fuels, not just carbon offsets. Those still leave lasting effects, such as the diesel pollution from delivery vans. The employees also demanded a halt to all solutions designed for the fossil fuel industry, such as the AWS for Oil & Gas initiative that drew criticism earlier in the week. Further, the staffers wanted any goals to be consistent with the IPCC's climate change report, with emissions cut in half by 2030 and reduced to zero by 2050. Amazon would also be asked to press for environmentally friendly political policies, and would have to treat staff fairly if climate change led to disruptions.

The letter argued that Amazon fell well short of those goals. It hadn't set a timetable for reaching its goal of shifting completely to renewable energy. The Shipment Zero plan, meanwhile, only committed to net carbon reductions and didn't include plans to reduce overall emissions. Workers also balked at Amazon donating to 68 members of Congress who've consistently voted against climate change legislation.

Amazon didn't directly address the letter in a statement to the New York Times. Instead, it reiterated its existing promises, including Shipment Zero as well as plans to reveal its company-level carbon footprint and "related goals and programs" later in 2019. It announced plans just this week for wind farms in Ireland, Sweden and the US.

Will Bezos and crew implement changes? It's difficult to say. It only took roughly 2,500 employees to convince Google to ditch its controversial AI advisory council, but Google has been more responsive to campaigns as a whole. Activists and other critics have blasted Amazon's environmental practices for years with only partial acknowledgment, and it took years for the firm to answer calls for improved pay. Still, it's hard to ignore the employees themselves -- Amazon might not want to be seen as tone deaf, even if the letter participants represent less than 5.5 percent of its American workforce.

Via: New York Times
Source: AECJ (Medium)
Coverage: Gizmodo, Amazon
In this article: activism, amazon, business, climate, climate change, environment, gear, green, internet, petition, services
All products recommended by Engadget are selected by our editorial team, independent of our parent company. Some of our stories include affiliate links. If you buy something through one of these links, we may earn an affiliate commission.