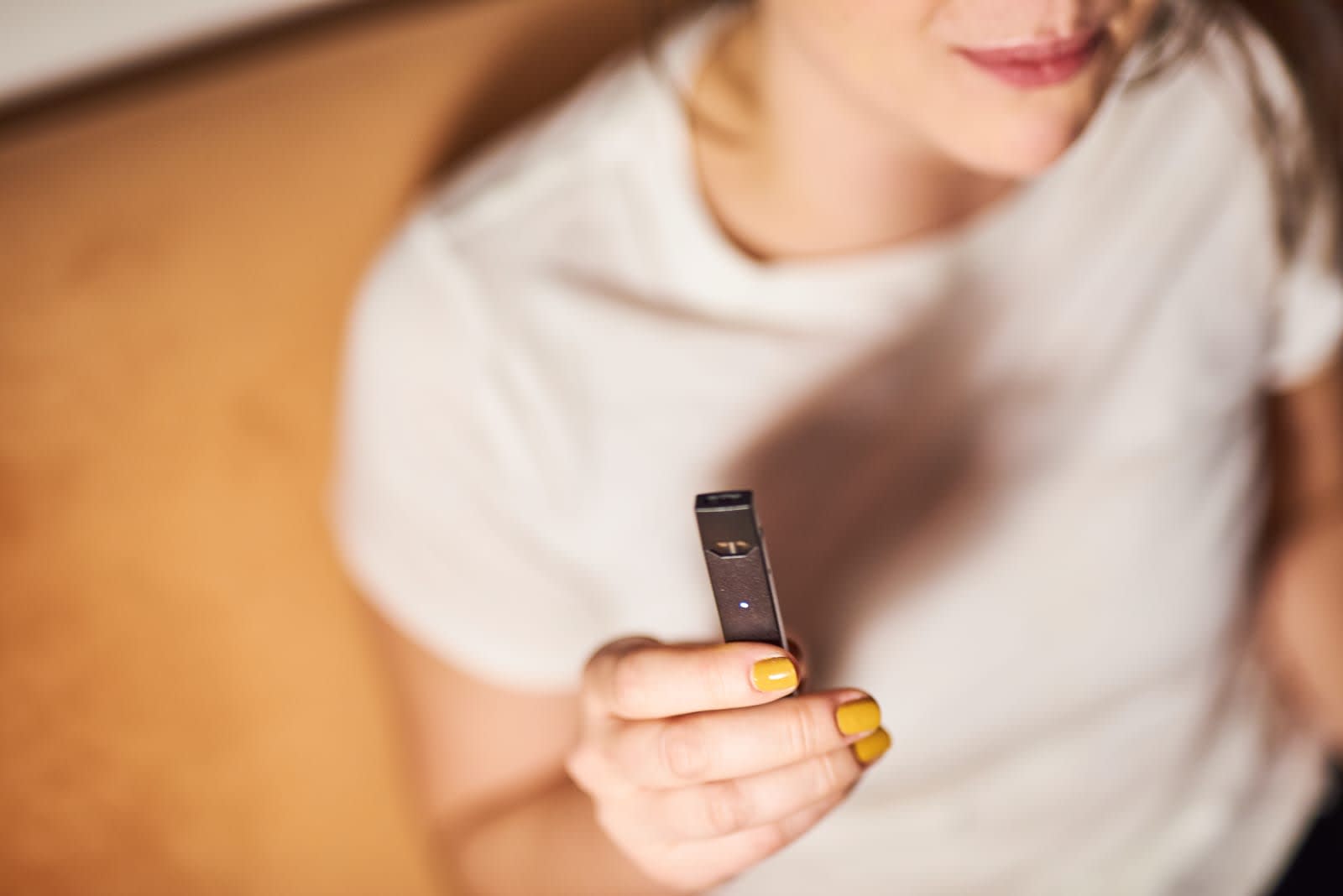 Juul has launched an experimental track-and-trace program meant to curb teen vaping, perhaps as an attempt to appease the FDA and other government agencies. The e-cig company has been in authorities' crosshairs since last year due to its products' popularity among teens. After it was acquired by Marlboro's parent company, the FDA called Juul in for making statements that apparently contradicted the commitments they previously made to reduce teen vaping. The track-and-trace pilot program will help Juul zero in on retailers and other sources that sell its e-cigs to anybody below 21 years old.

All authority figures have to do is report a Juul's unique tracking identifier -- essentially, a serial number -- via the new portal. According to TechCrunch, the company will open an investigation for each report and will apparently go as far as talking to shop owners to understand how a minor was able to purchase from them. There could very well be middlemen over 21 years old involved, after all. In case a particular store is looking more and more suspect, Juul might even deploy secret shoppers to figure out what's going on.

Juul admits that it's still in the early stages of developing and testing the technology. For now, it's advertising the portal in Houston and using the city as a testing ground, though anybody anywhere can report an identifying number.

"It's important to note that the pilot is an opportunity for us to learn how the technology is working and optimize the technology. It's not just at the retailer level. It's a whole process through the supply chain to track that device and find out if everyone who is supposed to be scanning it is scanning it, and the software that we've created to track that serial number through the supply chain to the retail store is working. The only way we're going to know that is when someone puts in the serial number and we see if we have all the data we need to track it."

Back in mid-2018, Juul started developing a Bluetooth-connected version of its e-cig to lock out teen users. The company promised to launch it this year, but it's not entirely clear how the development is going at the moment. It also stopped selling flavored vaping pods in retail stores and killed its social media accounts in 2018 as a response to criticisms that it's targeting young users.

Via: TechCrunch
Source: Juul
In this article: e-cigarettes, gadgetry, gadgets, gear, juul
All products recommended by Engadget are selected by our editorial team, independent of our parent company. Some of our stories include affiliate links. If you buy something through one of these links, we may earn an affiliate commission.