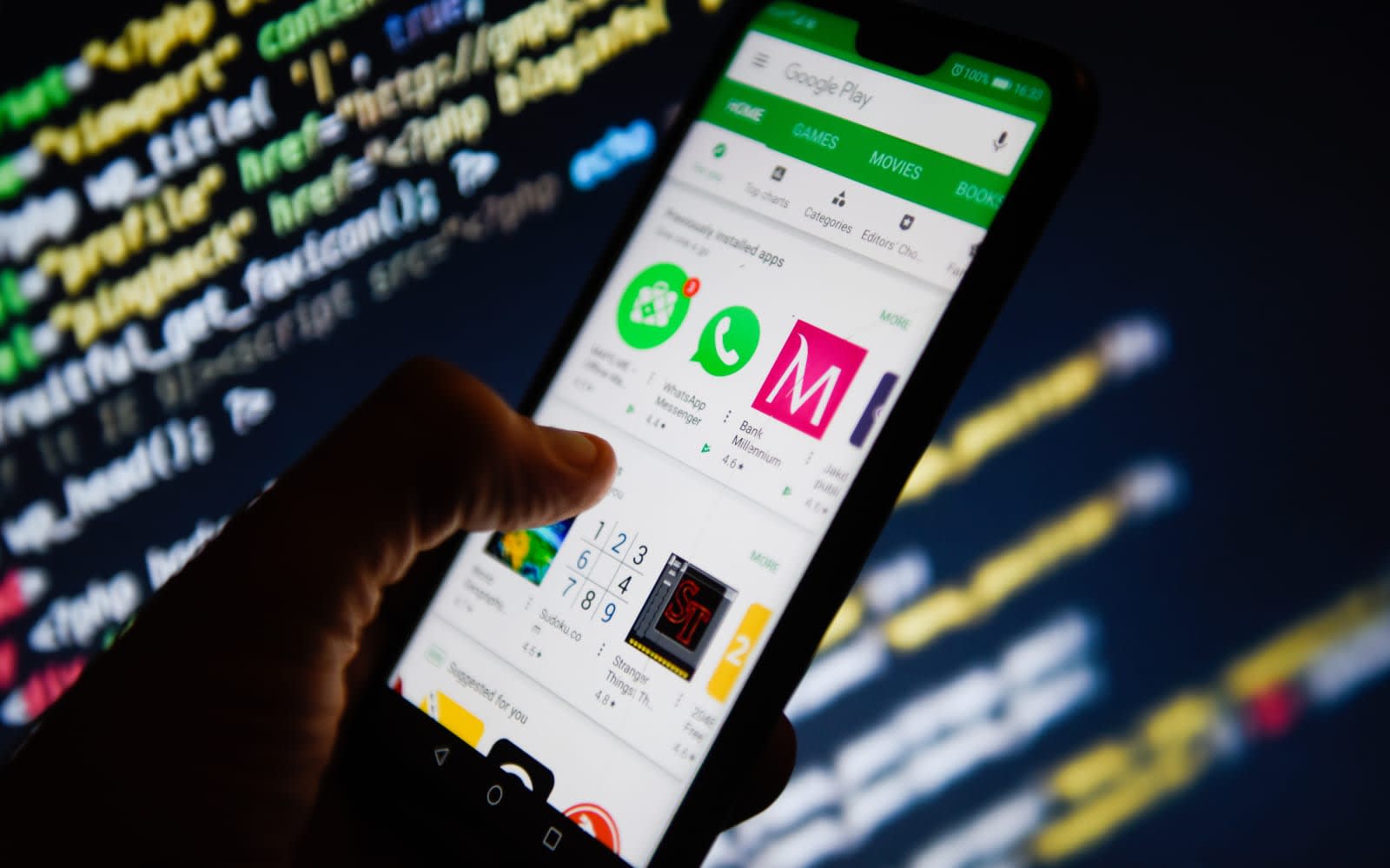 Google pulled a number of popular Android apps from the Play Store after BuzzFeed News has discovered a large-scale ad fraud scheme their developers were pulling off. Six of those apps were by DU Group, a developer that spun off from Chinese tech giant Baidu a year ago. (Baidu, however, still owns 34 percent of the company.) DU's properties include the immensely popular Selfie Camera app that's been downloaded over 50 million times from the Play Store. Ad fraud researcher Check Point found that it contains code that causes the app to automatically click on advertisements without the user's knowledge.

Users don't even need to fire up the app: the clicks happen even if the application isn't running, which means it can drain battery and consume data. This fraudulent action happens with ads served with Google's AdMob and Twitter's MoPub, further showing how bad actors are exploiting Twitter's ad platform. Back in March, BuzzFeed News reported a massive ad fraud scheme that also exploited MoPub by hiding video ads behind legit banner advertisements.

In addition to fraudulently clicking on ads, the DU Group apps involved in the scheme -- Omni Cleaner, RAM Master, Smart Cooler, Total Cleaner and AIO Flashlight, aside from Selfie Camera -- also hid their affiliation with the company. They didn't disclose that they were collecting data and sending it back to China, as well.

BuzzFeed News discovered DU Group's involvement after examining 5,000 popular apps on the Play Store. It found a lot of more apps involved in ad fraud other than the six DU Group applications, though, proving that it's a major problem Google needs to address. Arete Research Senior Analyst Richard Kramer told the publication that Google needs to do more to solve the issue. "Ad fraud is simply the norm in China (and for many other apps), and... Google should be doing far more to prevent it, even if it would materially reduce sales. They cannot claim ignorance of, or deny the problem," he said.

Source: Buzzfeed News
In this article: ad fraud, android, baidu, gear, mobile
All products recommended by Engadget are selected by our editorial team, independent of our parent company. Some of our stories include affiliate links. If you buy something through one of these links, we may earn an affiliate commission.