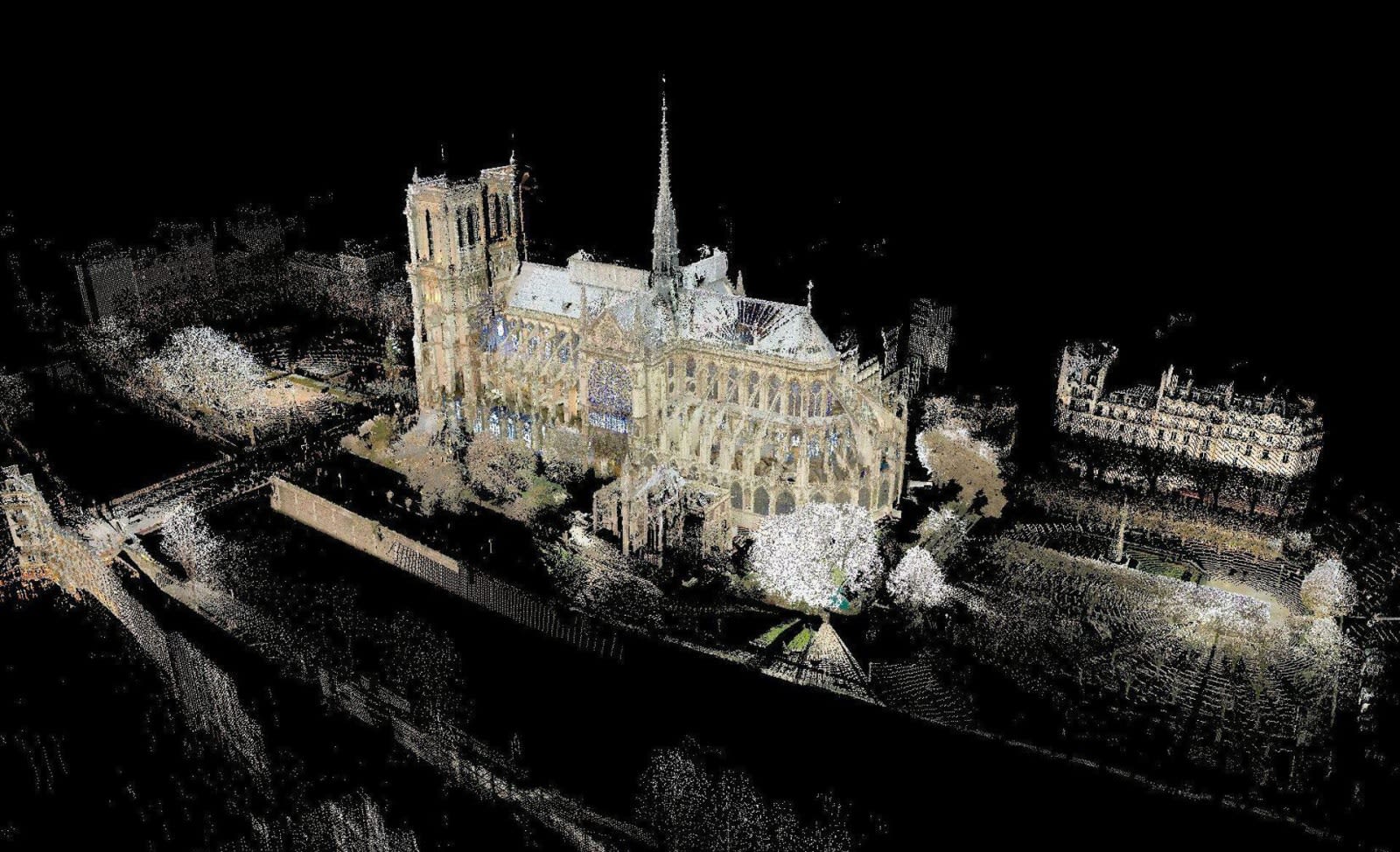 On April 15th, 2019 around 6:40 pm, I was walking around the Jardin du Luxembourg park in Paris with some friends when we saw some yellow colored smoke in the sky. We thought nothing of it, but soon discovered, shocked, that one of the most famous landmarks in the world, the Notre Dame cathedral just north of the park, was engulfed in a terrible blaze.

It was touch and go that the structure could be saved at all, but the city's pompiers (firefighters) finally got control of the blaze in the early morning of April 16th. French President Emmanuel Macron promised to rebuild it, but that raised a question: How can you restore an 800-year-old structure without any plans? Luckily, thanks to the late American historian Andrew Tallon, we do have an incredibly accurate and recent picture of the structure.

Tallon, who died from cancer late last year at the age of 49, was an art professor at Vassar and architectural historian. In 2010, he and Columbia's Paul Blaer spent five days creating an incredibly accurate 3D laser scan of the structure using Leica's ScanStation C10. They repositioned the device around 50 times, working in every nook and cranny to capture the most complete picture of the Cathedral possible. Tallon knows it intimately, as shown in a 360-degree YouTube video tour he created, below.

The laser data contains one billion points in a "cloud" that can be used to create a full-blown digital recreation of the structure, inside and out. The data could prove incredibly valuable, especially for the roof of the structure and comble, or attic sections that were nearly completely destroyed.

Even if someone had the original plans, the laser scan will give a picture of the building as it actually was prior to the fire, not as it was 800 years ago. "A three-dimensional laser-generated model allows one not only to peer into the building but also to displace it, measure it and, most importantly, immerse oneself in its spatial and structural matrix," Tallon told Leica in 2015. Considering the huge rebuilding task ahead, that data could be crucial to safely renovating the structure, regardless of whether architects hew to the original design or not.

After witnessing the fire, his scanning partner Paul Blaer reflected on the work. "One thought was that I was kind of relieved that he didn't actually have to see this happen," Blaer told the Atlantic. "But on the other hand, he knew it so well and had so much information about how it's constructed, he would have been so helpful in terms of rebuilding it."

Via: The Atlantic
In this article: Cathedral, design, gear, Laser, NotreDame, PointCloud, Scan, TheBigPicture, thenewbigpicture, tomorrow, video
All products recommended by Engadget are selected by our editorial team, independent of our parent company. Some of our stories include affiliate links. If you buy something through one of these links, we may earn an affiliate commission.