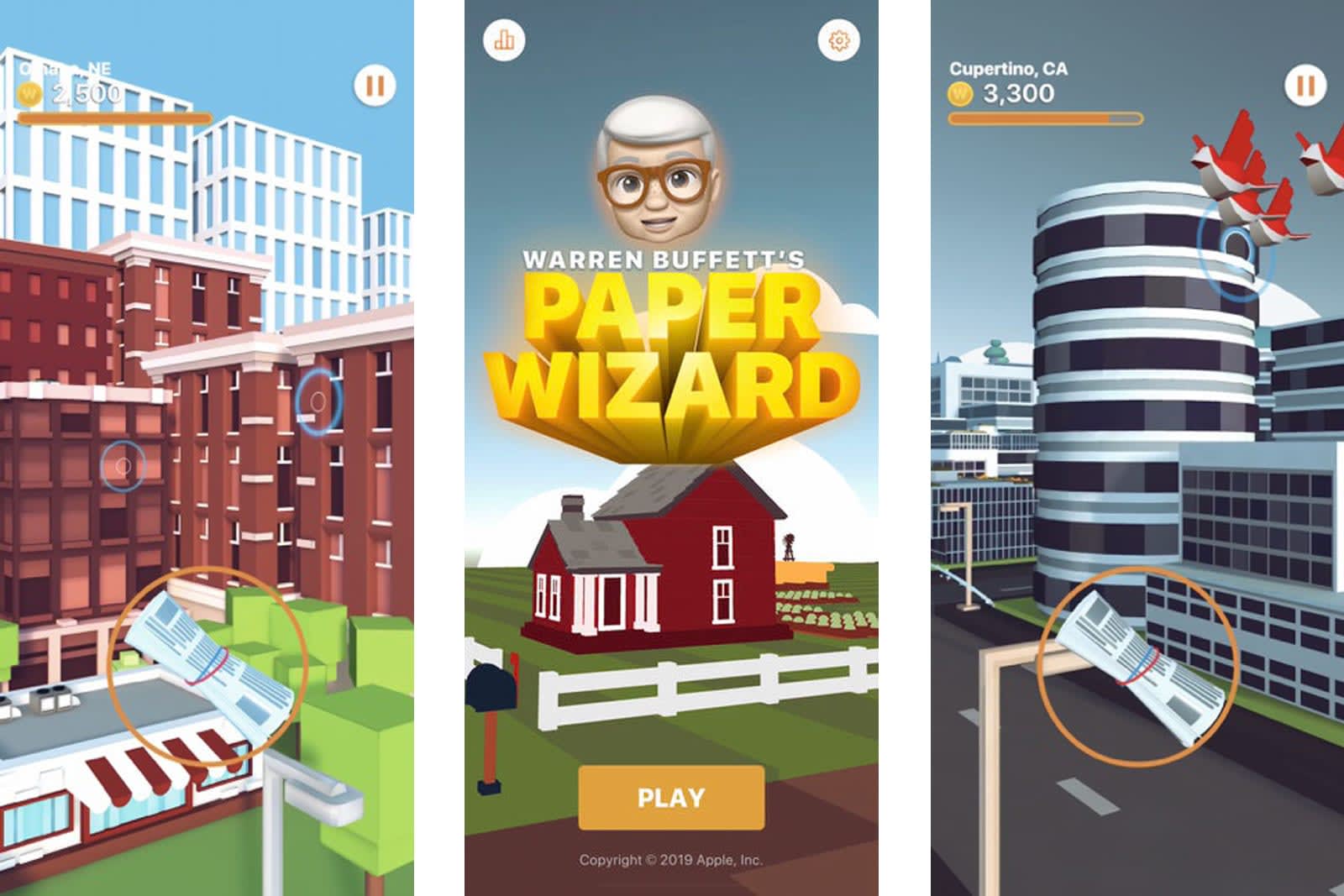 Apple doesn't do gags by half-measures, apparently. Tim Cook made an appearance at Berkshire Hathaway's annual meeting where he jokingly suggested in a short film that Warren Buffett could have a newspaper-tossing iPhone game, but it turns out that this wasn't just empty banter -- the game is real. Apple has released a Warren Buffett's Paper Wizard title for iPhones that has you tossing papers (much like Buffett did as a child) to earn "Warren Bucks" based on your delivery skills. Think of it as a first-person, touchscreen Paperboy for would-be billlionaires.

The title is credited to "Wildlife Designs" in the App Store, but the splash screen and the game's terms make it clear that Apple is directly responsible.

That makes the app something of a milestone. As MacRumors noted, it's the first game Apple has released since 2008, when it created an iPhone-friendly version of its iPod title Texas Hold'em. No, this doesn't herald a return to regular in-house game development at Apple. However, it does show that Apple is willing to commit to the bit -- even if knows it's not about to produce a mobile gaming classic in the process.

Via: CNN, MacRumors
Source: App Store
Coverage: Omaha World-Herald
In this article: apple, Berkshire Hathaway, business, game, games, gaming, ios, iphone, mobile, warren buffett, warren buffett's paper wizard, wildlife designs
All products recommended by Engadget are selected by our editorial team, independent of our parent company. Some of our stories include affiliate links. If you buy something through one of these links, we may earn an affiliate commission.