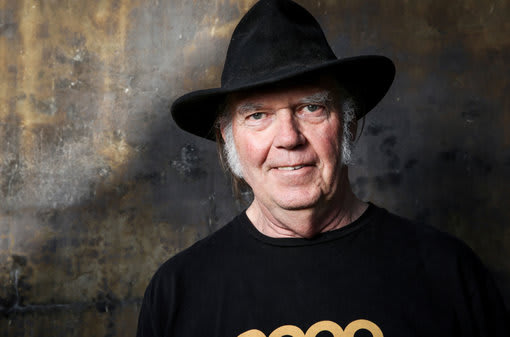 Music legend Neil Young has spent several years trying (and failing) to push high-resolution music to the masses. A new book by Young tells the story of how the Canadian songwriter set out to develop Pono, his $400 portable digital music player that went out of business in 2016. Co-written by Young and former Pono Chief Operating Officer Phil Baker, To Feel The Music: A Songwriter's Quest to Save High-Quality Audio is set to be released on September 9th. Along with details on Pono, readers will also learn about how Neil Young came to develop Xstream, his high-resolution streaming platform, as well his decision to release his entire catalog online for free.

High-res, or "better than CD" quality hasn't really caught on with mainstream consumers, most likely due to the premium upcharge and limited offerings. It's unlikely anyone other than the most devoted audiophiles are willing to fork over the extra cash for master-quality audio.

Source: Billboard
In this article: art, av, digital music, entertainment, high definition, high resolution audio, neil young, pono
All products recommended by Engadget are selected by our editorial team, independent of our parent company. Some of our stories include affiliate links. If you buy something through one of these links, we may earn an affiliate commission.