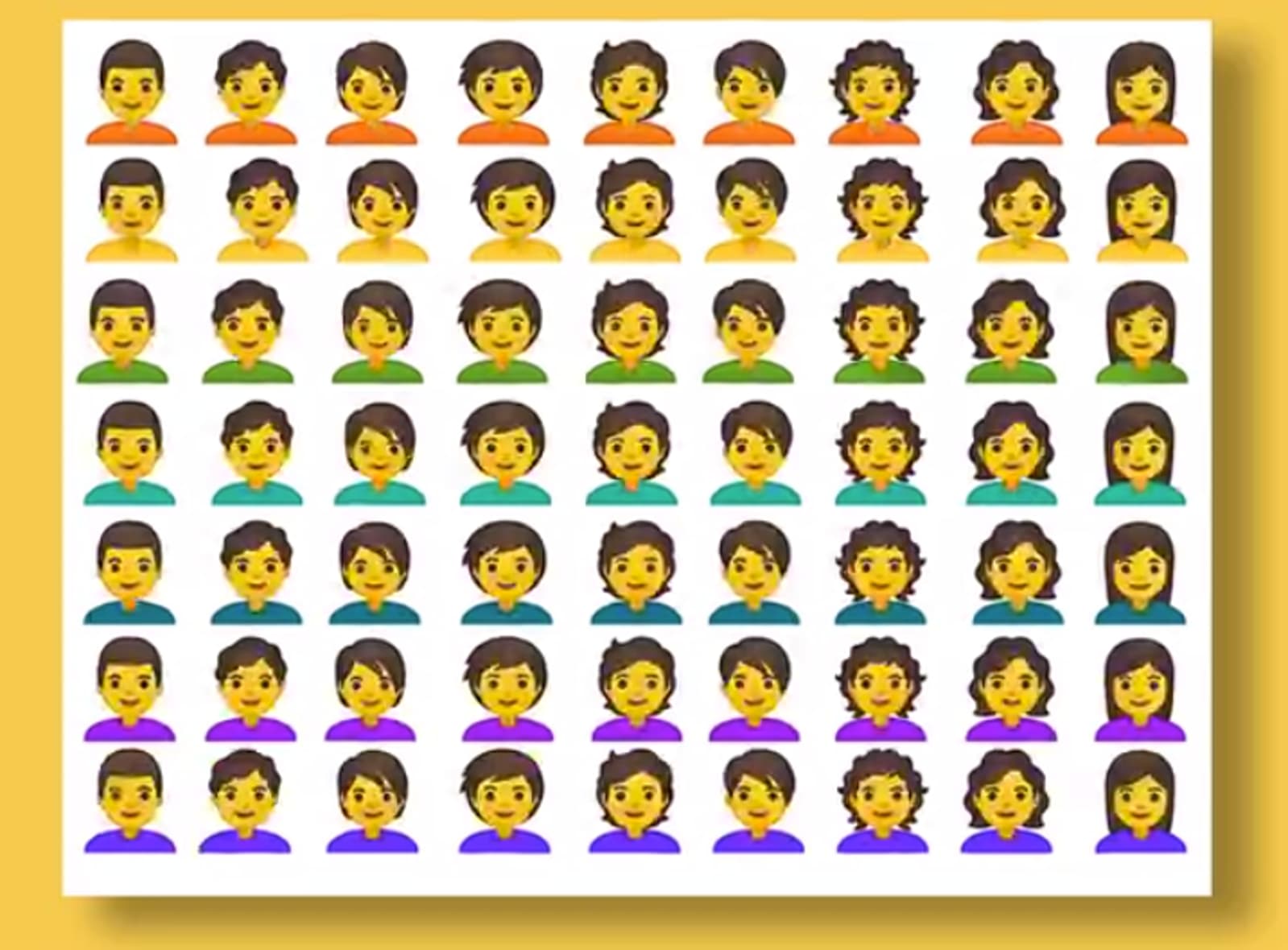 The variety of emoji has skyrocketed from 176 since the initial release of the symbols back in 1999, to more than 3,000 today. During that time they've steadily become more inclusive, expanding to feature same sex couples, redheads, female scientists and people of every skin tone. Now, Google is adding 53 gender ambiguous characters, according to Fast Company.

The emoji -- a modern interpretation of the default yellow man -- will arrive on Pixel phones in beta this week, and all Android Q phones later this year. They include a mix of designs, featuring characters that could conceivably be male or female, with varying hair lengths and androgynous clothing. They've even brought fantasy characters into the fold, with a gender ambiguous Dracula, merperson and variety of zombies.

The addition of any new emoji can present problems across platforms, however -- an emoji on a Google phone can look different on an iPhone, for example. As this is currently an exclusive Google project, the emoji will still be assigned a gender if sent to a non-Google phone. But with the tech industry continually looking at ways to promote user inclusion, it won't be long before the likes of Apple and Samsung catch up.

Source: Fast Company
In this article: Android Q, av, emoji, entertainment, gender, genderfluid, google, inclusivity, internet, mobile, Pixel, sex
All products recommended by Engadget are selected by our editorial team, independent of our parent company. Some of our stories include affiliate links. If you buy something through one of these links, we may earn an affiliate commission.