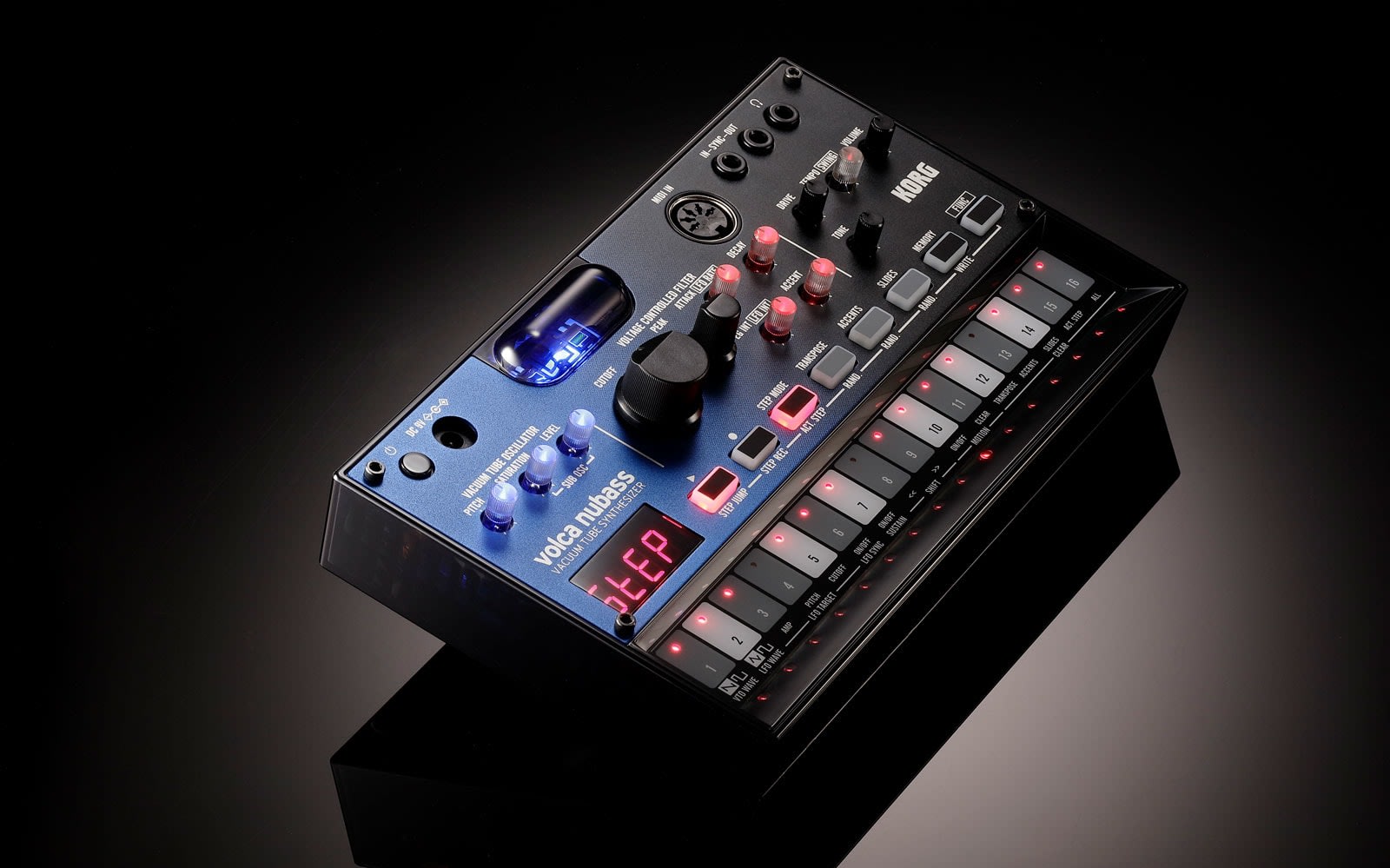 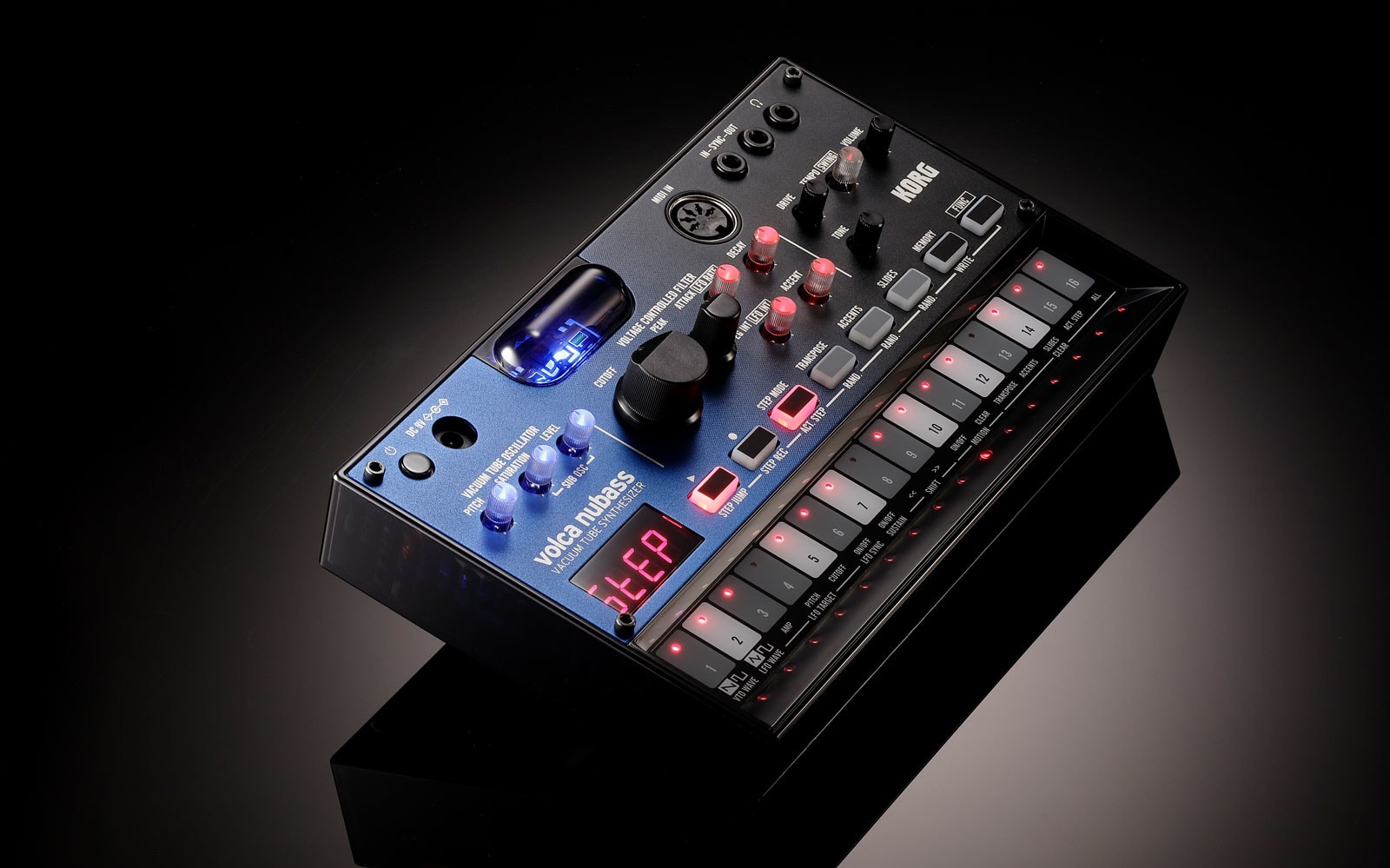 Korg debuted its Nutube tech a couple years back, but so far the tiny vacuum tubes have only surfaced in select products. Nutubes have been used in a distortion pedal and a mini guitar amplifier head, one of which was made by another company. Now Korg is putting the tiny Nutubes to work in its line of compact analog synthesizers with the $200 Volca Nubass.

When it comes to vacuum tubes, the components typically offer a sound that's warm and thick, so it makes sense to employ them in a synthesizer. Of course, the Volca lineup is entirely small noise boxes, so the tubes have to be tiny in order to fit. Korg says the Nutube-powered oscillator on the Volca Nubass creates "a distinctive sound" that makes the instrument unique, thanks in part to the the warmth of analog tube technology. Until now, if you wanted to add Nutubes to your audio arsenal, you had to grab something like the Ibanez Nu Tubescreamer (based on one of the most iconic distortion pedals of all time) or a Vox MV50 hyrbid tube head. Great if you're a guitar player, but not your typical synth gear.

More specifically, the Nutube has two vacuum tubes: one for the oscillator's sawtooth or square wave. A second vacuum tube is employed in the sub oscillator's drive circuit, which allows for "depth and warmth one octave below the oscillator." Korg says this setup offers sounds that "only a real vacuum tube could provide." And based on the audio samples, the Volca Nubass does indeed offer some extra fat and thick tones.

In addition to the Nutube oscillator, there's also a transistor ladder filter that provides similar tones to bass-focused gear, like the Volca Bass, with plenty of overdrive and distortion. And like a classic stompbox or pedal, you can adjust the overdrive's character, in terms of distortion and crispness.

Like other entries in the Volca line, the Volca Nubass features a 16-step sequencer with keyboard-like buttons you can use to record loops in real time. There's also a chain function that enables you to loop up to 16 sequences at once for layered sounds. In terms of connectivity, there's a headphone jack and dual 3.5mm in/out alongside a DIN MIDI input. The Volca Nubass can also run on six AA batteries should the need arise, and Korg says the playtime runs about eight hours.

If all of that sounds too good to pass up, you'll have to wait until August to get your hands on one, according to Synthopia. However, the Volca Nubass is already up for pre-order at retailers like Sweetwater.

Source: Korg
In this article: analog, analog synthesizer, audio, av, gadgetry, gadgets, gear, instrument, korg, nutube, synth, synthesizer, vacuum tube, volca, volca nubass
All products recommended by Engadget are selected by our editorial team, independent of our parent company. Some of our stories include affiliate links. If you buy something through one of these links, we may earn an affiliate commission.