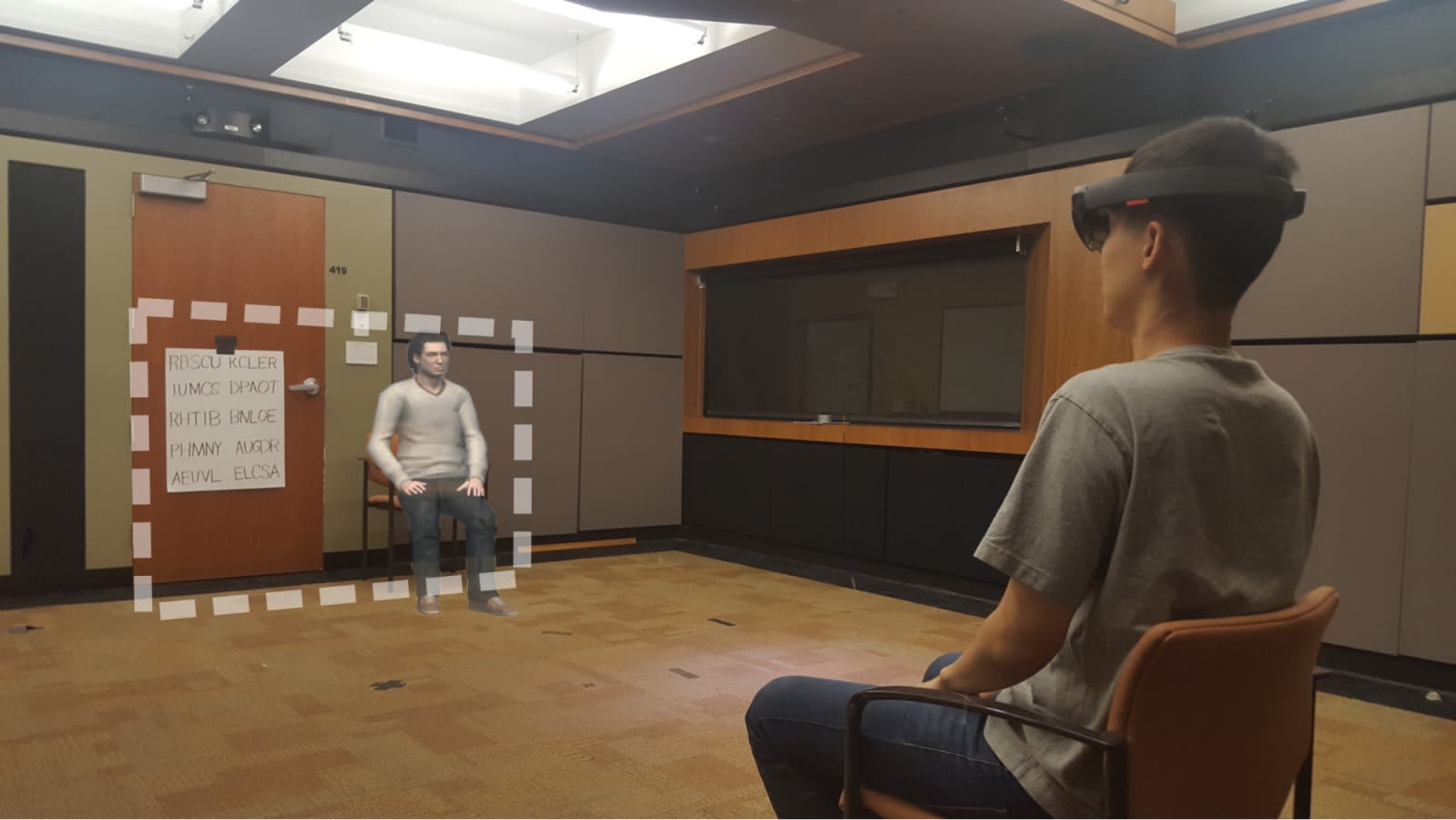 A new study from Stanford's School of Humanities and Sciences has found that augmented reality (AR) experiences significantly affect people's behavior in the real world, even after they've taken the headset off.

The first showed a realistic 3D person called Chris sitting on a real chair in the room (AR layers digital images over the physical world, rather than creating a whole new world like VR). Participants had to complete anagram tasks while Chris watched, and as with the presence of a real person in the room, his presence meant they found hard puzzles more difficult than without 'someone' watching them.

The second experiment looked at whether participants would sit in the chair previously occupied by Chris. Even though he was no longer there, none of the participants still wearing the AR headset sat in that chair. Without the headset, 72% still avoided Chris's chair and sat in the one next to it instead.

"The fact that not a single one of the subjects with headsets took the seat where the avatar sat was a bit of a surprise," Bailenson comments. "These results highlight how AR content integrates with your physical space, affecting the way you interact with it. The presence of AR content also appears to linger after the goggles are taken off."

In the final experiment, researchers paired a person wearing an AR headset with a person without. The two had a conversation, after which the people wearing goggles said they'd felt less of a connection with their partner.

"We've discovered that using augmented reality technology can change where you walk, how you turn your head, how well you do on tasks, and how you connect socially with other physical people in the room," explains Bailenson, who co-authored the paper with graduate students Mark Roman Miller, Hanseul Jun and Fernanda Herrera. The research is published in PLOS ONE this week.

Source: Stanford
In this article: AR, augmented reality, gadgetry, gadgets, research, stanford, tomorrow, wearables
All products recommended by Engadget are selected by our editorial team, independent of our parent company. Some of our stories include affiliate links. If you buy something through one of these links, we may earn an affiliate commission.