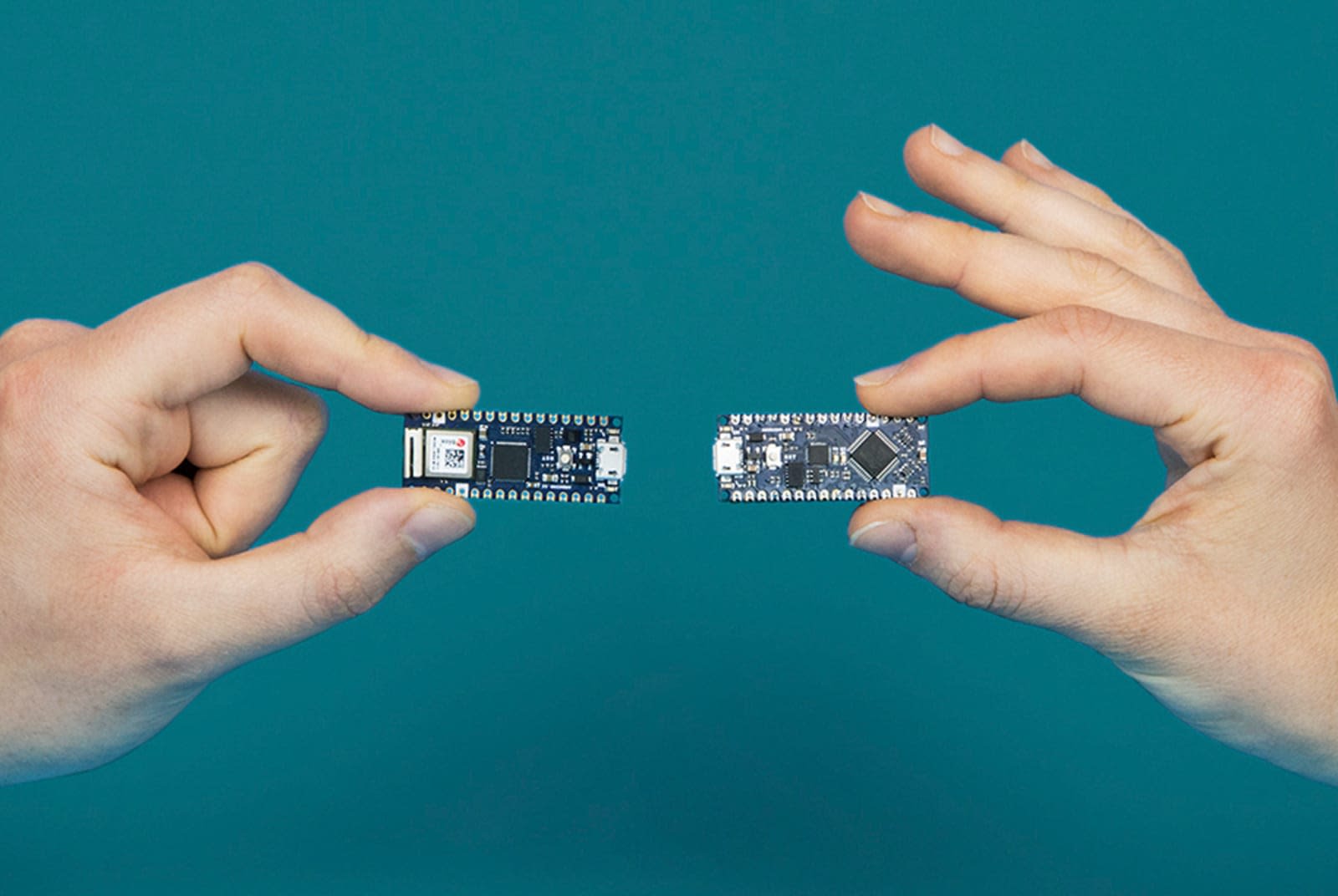 Arduino's Nano line will soon welcome four new products. They're all small boards like the classic one, making Nano a family of small boards meant for compact projects. All the new boards boast low energy consumption and processors more powerful than what the classic has. Even better, they're all pretty affordable: the most basic entry called Nano Every, which you can use for "everyday" projects and can replace the classic Nano, will even set you back as little as $9.90.

The Arduino Nano 33 IoT will cost you twice that much ($18), but it's compatible with Arduino's Internet of Things application platform and can run connected devices. For projects like wearables that require Bluetooth and low power consumption, there's the Arduino Nano 33 BLE, which is priced at $19. But if the device needs sensors for proximity and gesture, as well as various environmental sensors, then the Arduino Nano 33 BLE Sense is the best choice. It even has an embedded microphone and costs only $29.50.

"The new Nanos are for those millions of makers who love using the Arduino IDE for its simplicity and open source aspect, but just want a great value, small and powerful board they can trust for their compact projects. With prices from as low as $9.90 for the Nano Every, this family fills that gap in the Arduino range, providing makers with the Arduino quality they deserve for those everyday projects."

All four variants are now available for pre-order. The Nano Every and 33 IoT are coming out in mid-June, while the Bluetooth versions will come out in mid-July.

Source: Arduino
In this article: arduino, arduino nano, gadgetry, gadgets, gear
All products recommended by Engadget are selected by our editorial team, independent of our parent company. Some of our stories include affiliate links. If you buy something through one of these links, we may earn an affiliate commission.