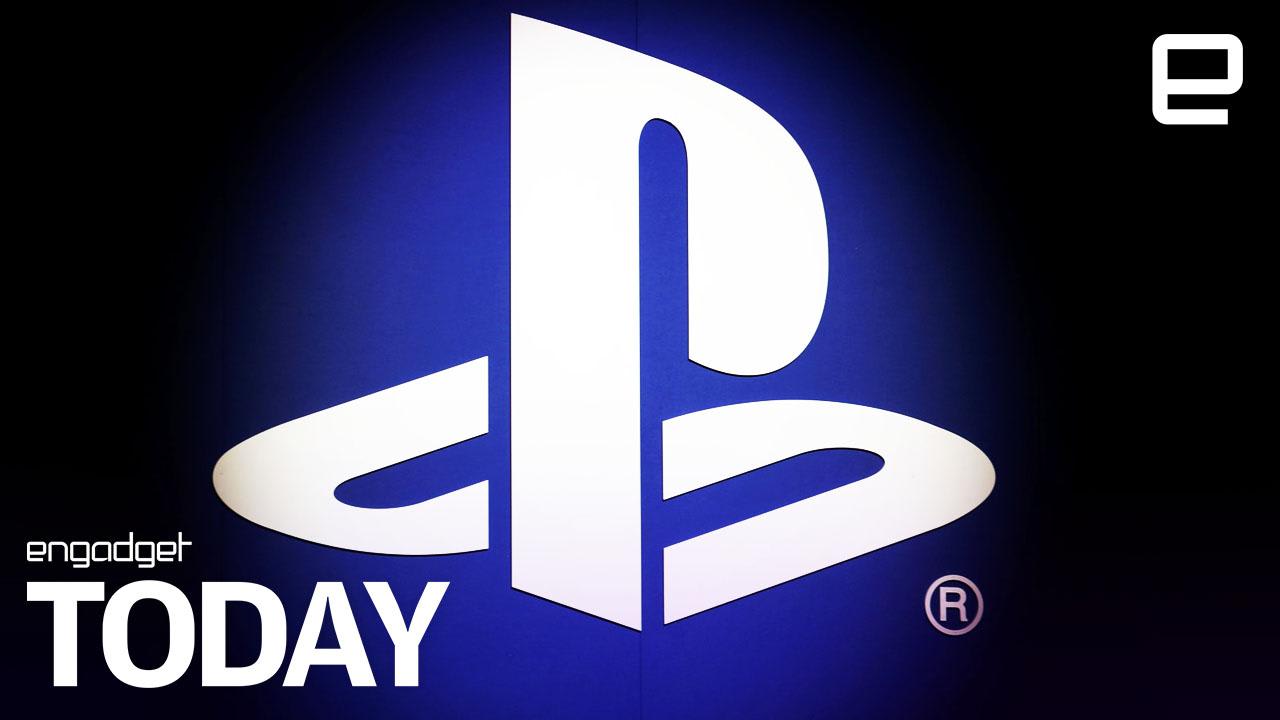 Sony's next-generation console isn't due to launch anytime this year, but the tech giant has been surprisingly generous with details. During a corporate strategy presentation, the company has listed all the information it has revealed so far, confirming yet again that the PS5 will have backwards compatibility. Since it has a similar architecture to the PS4, it will be able to play games designed for the current-gen console and will also be compatible with the current version of PlayStation VR.

"We will leverage backwards compatibility to transition our community to next-gen faster and more seamlessly than ever before," the company's presentation said at the event. Sony intends to use PS4 games to encourage early adopters, which it says are critical for the PS5's success. In fact, it promises more AAA games for the PlayStation 4, seeing as it will remain an "engine of engagement and profitability" over the next three years. This may hint at Sony pricing the PS5 at a loss, and relying on the PS4 to keep the gaming division in the black.

Even though the upcoming console will have similarities with the PS4, it will be powered by an all-new CPU and GPU. In an interview with Wired, lead system architect Mark Cerny said it will use a third-gen AMD Ryzen CPU with eight cores and a custom GPU built on AMD's Radeon Navi family. The GPU will support ray tracing, which is a rendering technique limited to high-end gaming PCs at the moment, and will provide the console with immersive 3D audio.

In addition, the PS5 will use SSDs for storage instead of hard drives. The SSD, along with its other components, lead to a significant speed bump: at the event, Sony showed how the PS5 is around ten times faster than the PS4 Pro when it comes to loading complex scenes. 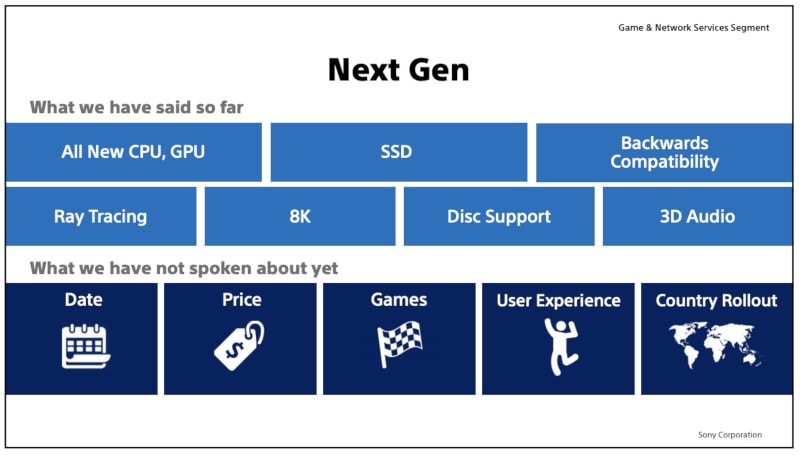 The upcoming console will also support 8K graphics to be able to make the most out of all the 8K TVs making their way to the market, although don't hold your breath for any native 8K games given that's essentially beyond even the most powerful gaming PC. And perhaps most importantly for those still not sold on going 100 percent digital: it will still have support for physical discs, though Sony didn't mention what discs it'll be able to play other than PS4 games.

Sony intends to make PS5 owners consider streaming as an option if they haven't yet, though. It plans to improve the quality of its PlayStation Now offerings until users consider streaming just as good as downloads and discs. Plus, it intends to to leverage its partnership with Microsoft to "achieve growth and scale faster than ever before." The two tech giants recently announced their team up to build technologies for gaming and content streaming.

While there are still a lot of unknowns, one thing's for sure: Sony will not be talking about PlayStation 5 at E3 next month. In fact, it won't be talking about anything, as it's skipping the conference entirely this year.

Unfortunately, Sony has still yet to reveal when the PS5 will come out -- we know for sure that it won't appear this year -- or where it will first become available and how much it will cost. It sounds like we'll have to keep waiting for the company to reveal those details the closer we get to the PS5's rollout.

Source: Sony (PDF)
In this article: AOLoriginals, daily show, engadget, Engadget Today, engadget video, entertainment, gadgetry, gadgets, gaming, playstation, ps5, sony
All products recommended by Engadget are selected by our editorial team, independent of our parent company. Some of our stories include affiliate links. If you buy something through one of these links, we may earn an affiliate commission.