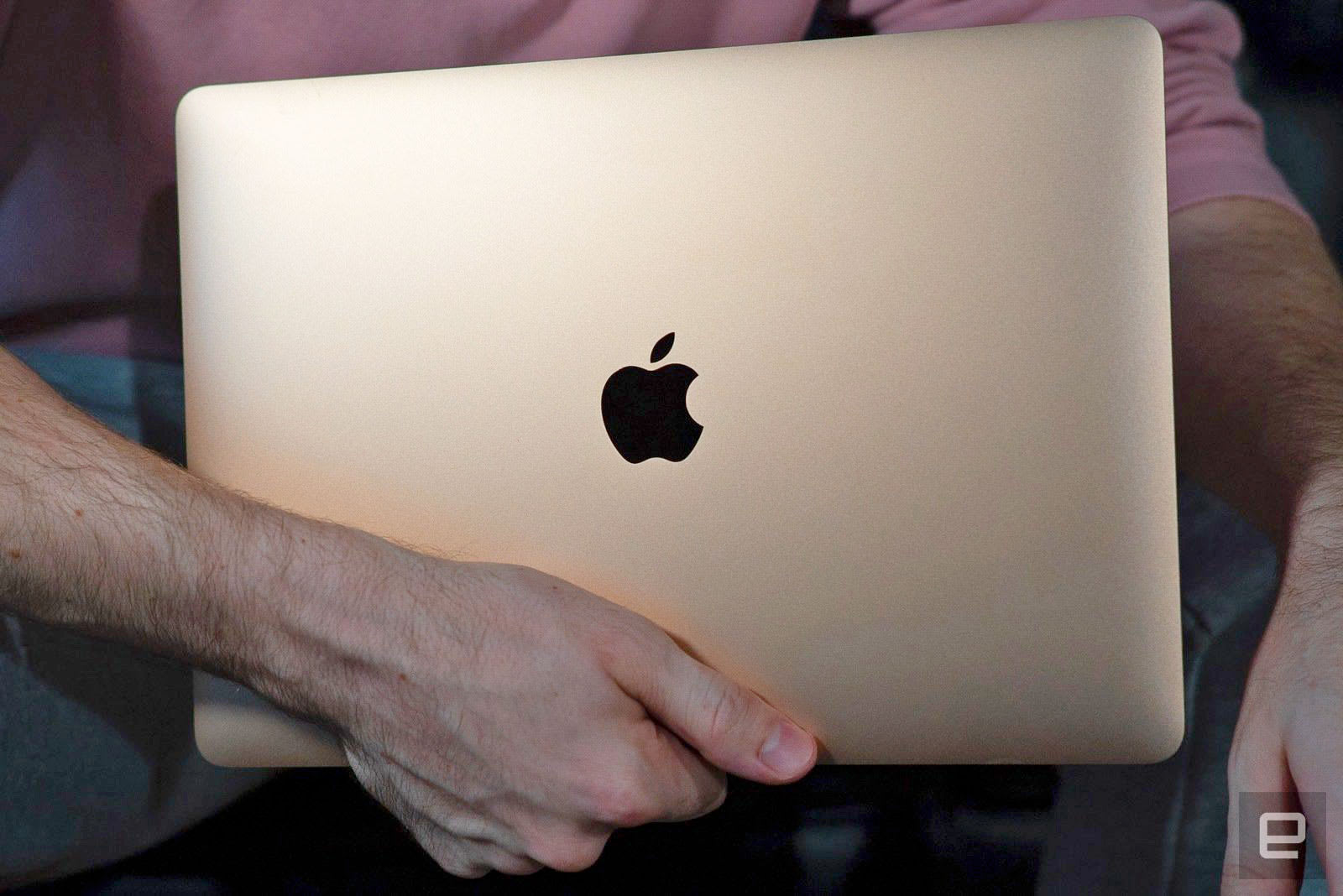 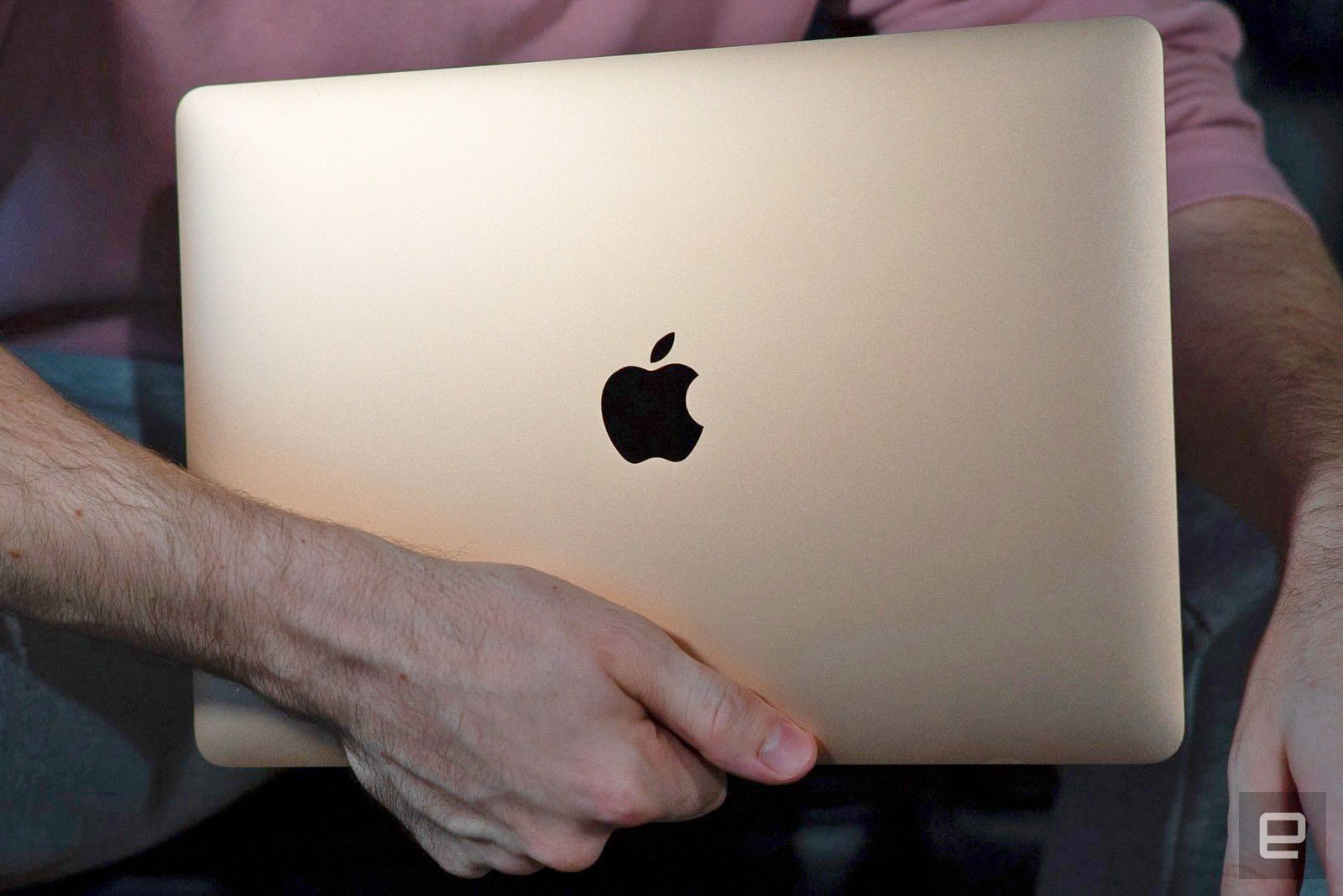 When Apple released the newest version of the MacBook Air back in October, Engadget editor-in-chief Dana Wollman was torn in her review. On one hand, the Air was a long-awaited refresh that many Apple fans had been looking forward to. On the other hand, the popular laptop was now only $100 cheaper than the entry-level MacBook Pro, while including many of the same features. Did the addition of TouchID and a sharper Retina display make up for a minimal selection of ports and a relatively low-powered processor? That depends on your priorities, and Dana ended up giving the Air a pretty favorable score of 84. Readers were more critical; the Air earned an average score of 75 on our user reviews page.

One of the features that most impressed both Dana and our readers was the improved 2,560 x 1,600 screen. Dana called the display more vibrant despite the glossy finish's occasional glare. Various e readers agreed that the screen was a step up, with Vlad deeming it "a breath of fresh air ... The Retina display is bright and rich in colors, with generous viewing angles and plenty of screen real estate." tonyae198 likewise felt the "display compared to the original MacBook is like night and day." Michael said it was great, though he "keeps it under half brightness except in direct sunlight." 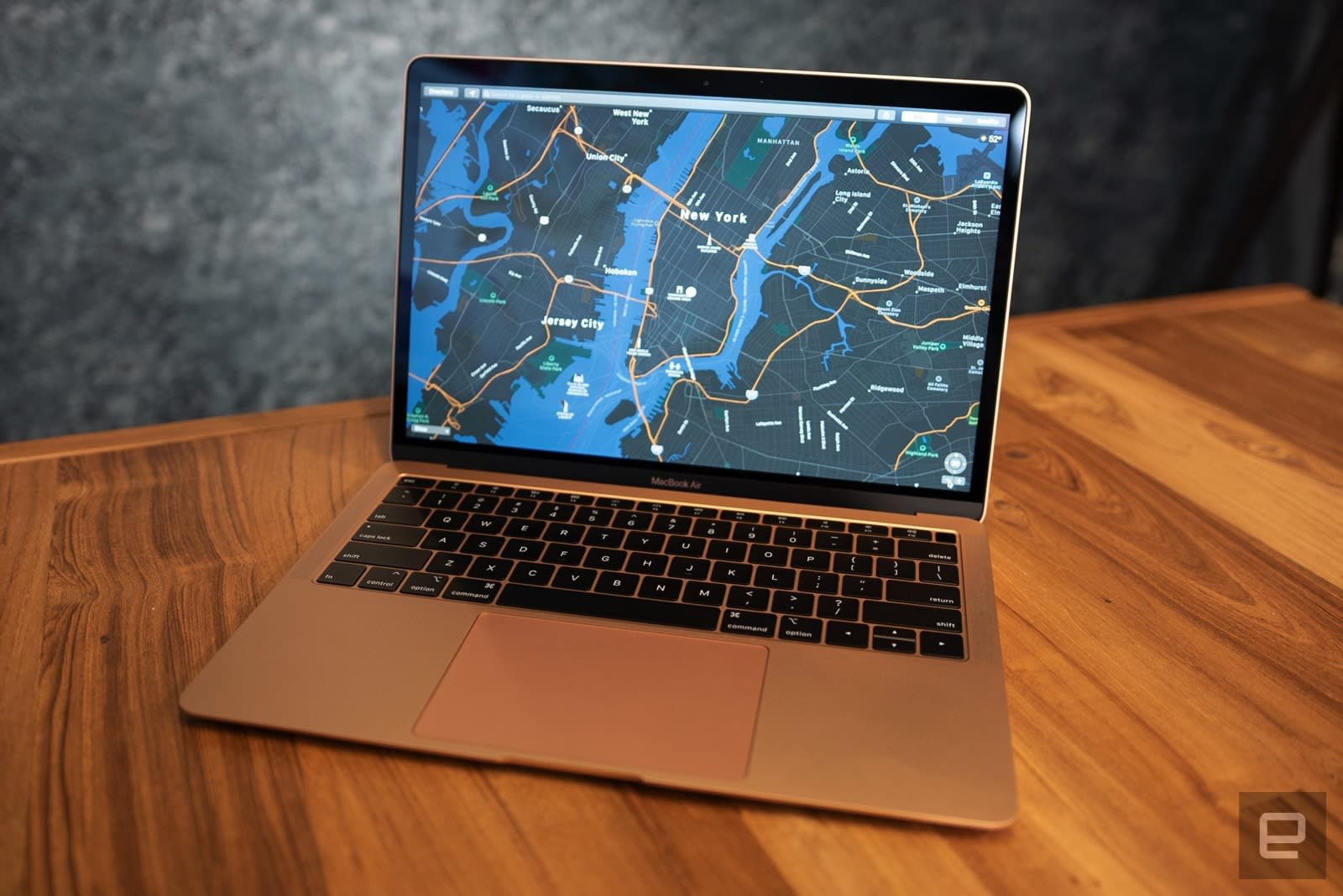 While it still features two USB-C Thunderbolt 3 ports and a headphone jack, the new Air lacks an SD slot and a full-size USB port. While this minimalist approach makes for a slim profile, it also garnered mixed feedback from reviewers, with myob saying two ports "are very limiting and are never enough." Ori thought two ports were fine, but "would prefer placing them on each side for various flexibility." Meanwhile, Brent wished for another Thunderbolt 3 socket so he could use more peripherals while charging. Vlad wrote extensively about this, overall giving the Air a 10 out of 10 for expandability, as "full use of Thunderbolt 3 ... turns the MacBook Air into a surprisingly decent gaming system or GPU programming terminal."

The butterfly keyboard and Touch ID were also popular: S called the setup "great and quieter than previous butterfly keyboard versions," while myob said that "having physical function keys and Touch ID makes this notebook a winner in my book." Reviewer Nope was more pragmatic, stating the keyboard "is nowhere near as bad as people like to say and is entirely passable," and that they "really enjoy the Touch ID unlock, overall keyboard layout and similar but better form factor." cf was also a fan, deeming Touch ID "really nice for waking it up and unlocking 1Password. I also like having real function keys vs the Touch Bar!" 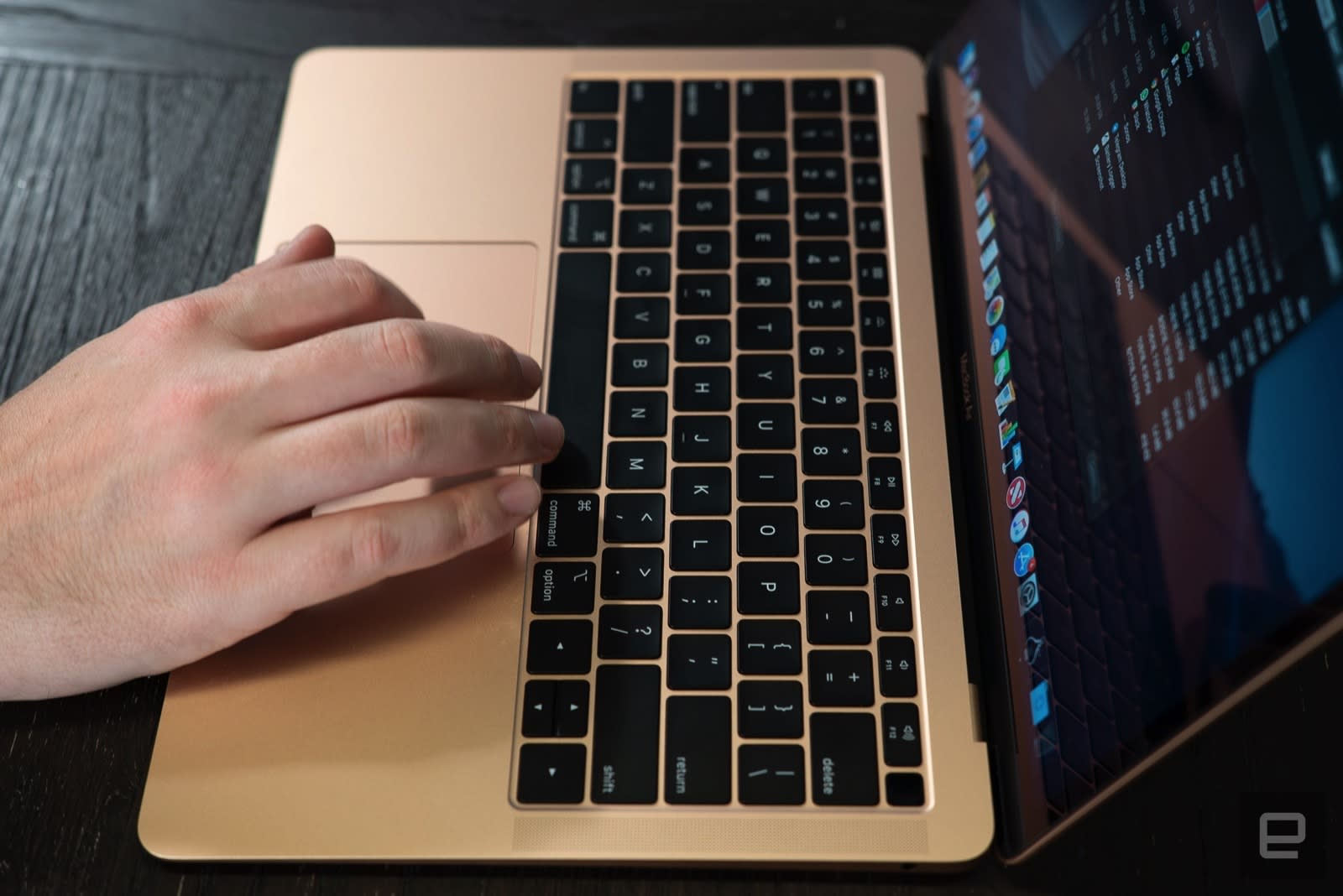 It's no surprise that reviewers showered the Air's software experience with praise; most people who buy an Apple product understand what they're getting there. Vlad felt that "macOS continues to shine and compare very favorably with Windows in most domains. Key are: ease of use, compatibility with apps and hardware, and a stellar backup system." S stated that macOS "has been more reliable and dependable," and its inclusion is "an underrated benefit."

In practice, Dana felt her hands-on experiences with the Air went well. The new model is quieter than previous iterations, and the Intel Core i5 processor and 8GB of RAM handled day-to-day tasks well. Readers had mixed results. S said the Air "surprised me with its speed, capability and battery life. Haven't experienced slowdowns, even using some more resource intensive programs. The processor has held up well." But Nope thought that "drive space on the low end is crazy small," and cf said "whenever the CPU load is high, the fan sounds like a jet and the battery life goes to nothing. Not a good idea to run things that tax the system." 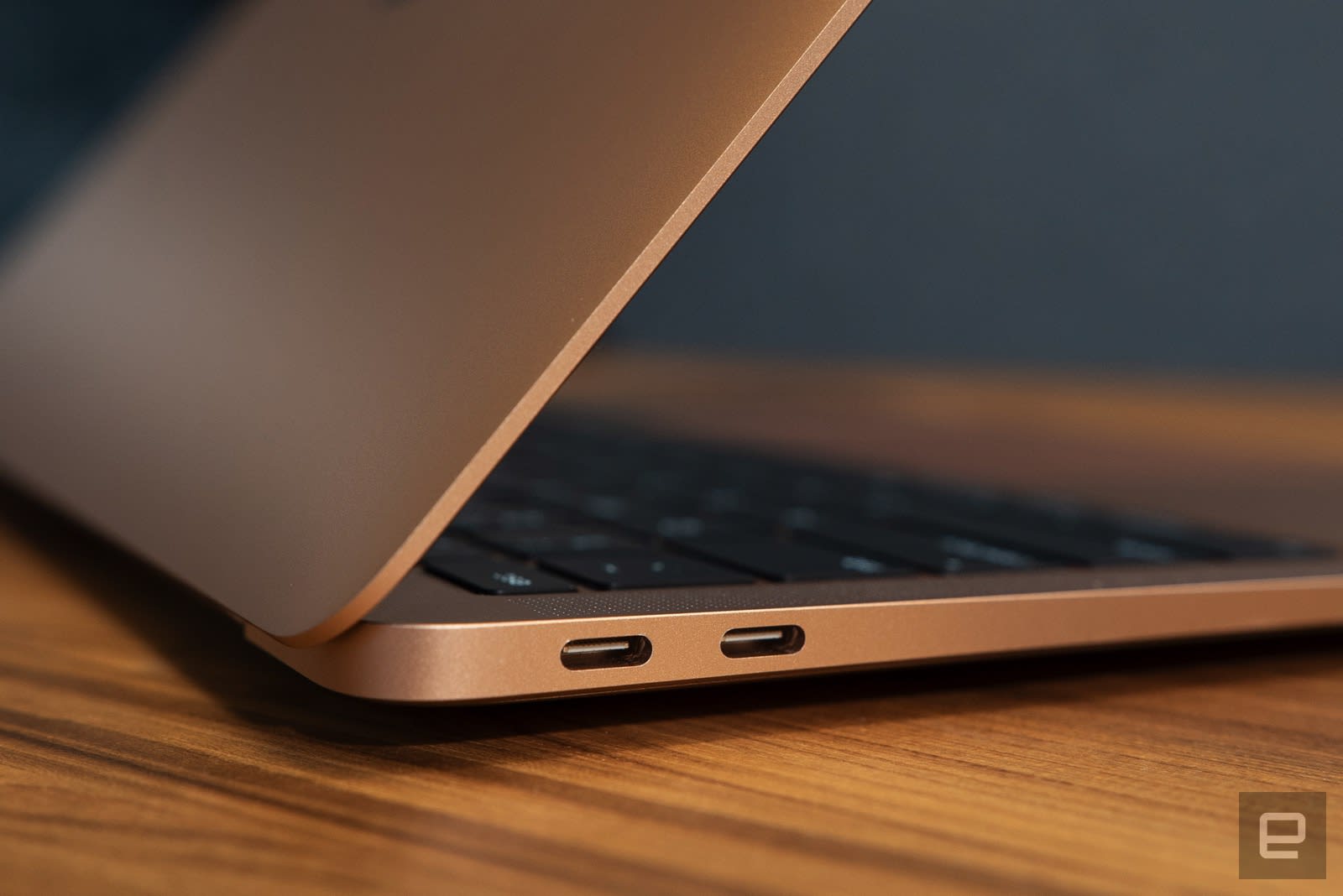 Vlad summed it up by saying that, "on paper, although it seems underwhelming, the custom Intel chips optimized for short bursts of activity suggest that the laptop would perform well in everyday tasks, and for the most part it does so well. Problems arise for users who like to have several apps open, or are hoarders with many browser tabs. App performance may degrade noticeably in such circumstances, but it varies from app to app."

Given how the Air fits into the refreshed Apple laptop line-up, Dana spent a good amount of time examining the alternatives. So did some of readers: Ori noticed battery improvements compared to the MacBook Pro but their experience was "far from what Apple claims, especially when you have to lower the level of brightness." cf, who upgraded from a 2011 17-inch MacBook Pro to the new Air, noted the battery "lasts eight to 12 hours versus two hours on the 17." cf also mentioned they "use it way more than my 17 since it is so portable." Dario deemed the new Air "a huge update over the old version. Although not as powerful as the Pro, it is perfect for its target audience, basically web browsing, light photo editing, a few light games, multiple programs running in parallel."

While there wasn't a lot of negative feedback from readers Matthew mentioned "it's really a bit telling and sad that Apple's new MO is to skimp on certain parts across their product lines in order to expand their bottom line." Nope added that they "really dislike the lower battery time, the higher price and the limited drive space in 2019." However, first-time Mac owner forestdonkey said they like it a lot, though they admittedly "haven't been using it for anything too strenuous." cf said they are "very happy with my purchase -- I already bought a second one for my wife and she loves it!"

In this article: apple, gear, MacBook, macbook air, MacbookAir, personal computing, personalcomputing, thebuyersguide, userreviewroundup
All products recommended by Engadget are selected by our editorial team, independent of our parent company. Some of our stories include affiliate links. If you buy something through one of these links, we may earn an affiliate commission.