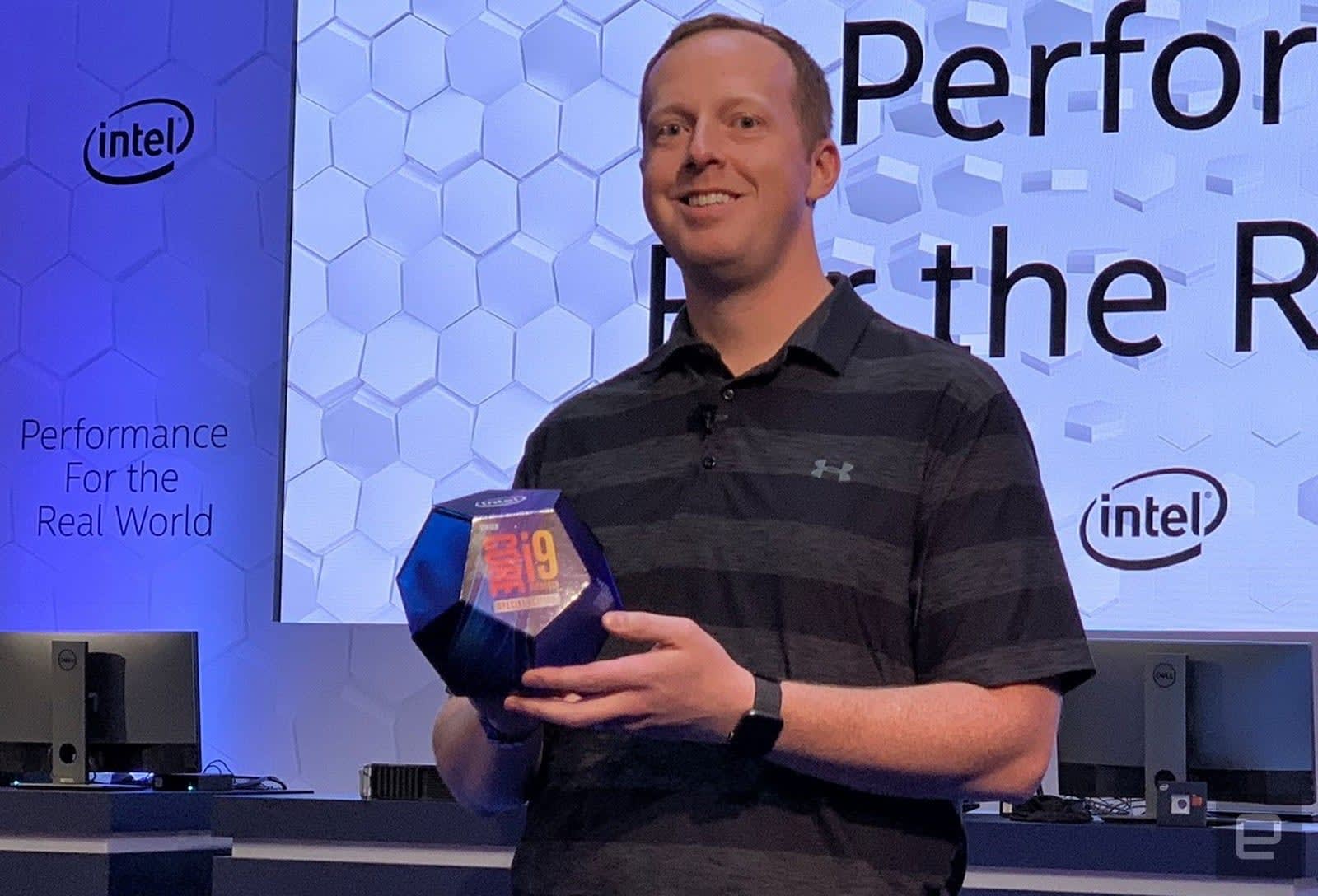 It wouldn't be Computex if Intel didn't have some sort of geek-friendly CPU reveals. This time around, it's the Core i9-9900KS, a "special edition" upgrade of its flagship 9900K. The biggest improvement? It'll be able to reach 5GHz boost speeds across all eight of its cores, instead of just on a single one. Intel isn't giving us many details about the chip until its Tuesday Computex keynote, but the company confirmed it'll have a 4GHz base speed, a slight leap beyond the 9900K's 3.6 GHz.

Curiously, they wouldn't reveal the chip's TDP, so it's unclear if it'll demand more power than the original model. During a brief demo with press, Intel showed the chip running via Windows Task Manager, which had every core maxed out at 5GHz. So, at the very least, we know the silicon is real.

In this article: 9900KS, computex 2019, computex2019, Core i9, gadgetry, gadgets, gaming, gear, intel, personal computing, personalcomputing
All products recommended by Engadget are selected by our editorial team, independent of our parent company. Some of our stories include affiliate links. If you buy something through one of these links, we may earn an affiliate commission.