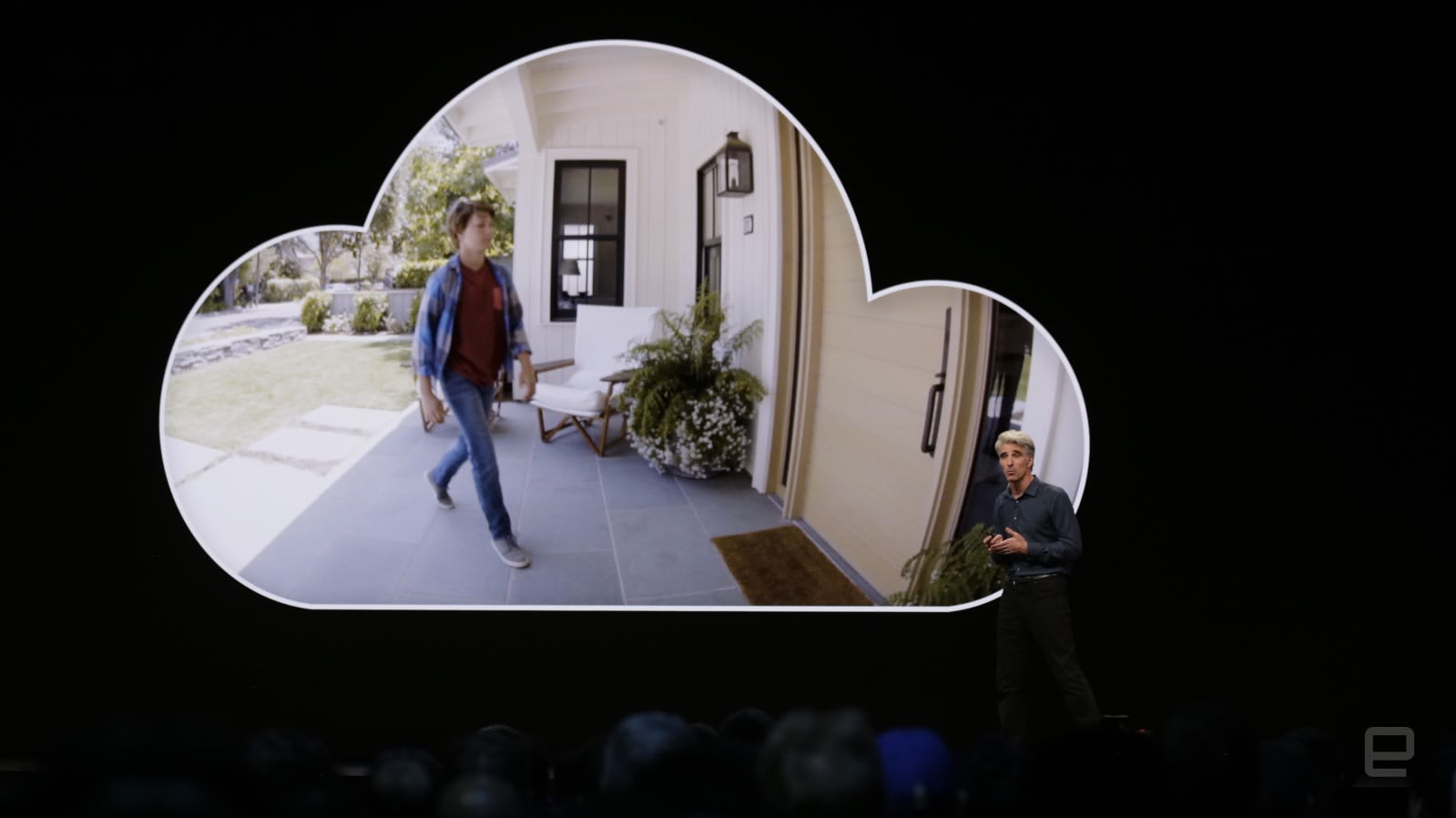 Apple is continuing its privacy-based assault on Google and Facebook. At its WWDC event, the company unveiled HomeKit Secure Video and HomeKit for Routers. Both services are meant to protect the privacy of Apple customers.

HomeKit for Secure Video will work with upcoming cameras from Logitech to analyze images before they are uploading to the internet and will encrypt that feed and store it on iCloud. According to the company, even it won't even be able to see what's been uploaded to their servers. The service will include 10 days of recordings and won't count against someone's storage space.

The service will be included in the price of an iCloud subscription. That's bad news for companies like Nest that charge a subscription premium to give its customers access to video saved in the cloud.

HomeKit for Routers will create a virtual firewall between your full network and devices on that network. Routers from Linksys and Eero will support the service.

Update 6/6/19 6:10PM ET: Arlo is not working on a camera for Apples HomeKit for security. A comment from the company is below.

"Despite recent reports, Arlo is not part of Apple's new HomeKit Secure Video program announcement, and is currently evaluating the new program."

In this article: apple, encryption, gadgetry, gadgets, gear, homekit, homekit for routers, homekit secure video, security, services, video cameras, wwdc2019
All products recommended by Engadget are selected by our editorial team, independent of our parent company. Some of our stories include affiliate links. If you buy something through one of these links, we may earn an affiliate commission.