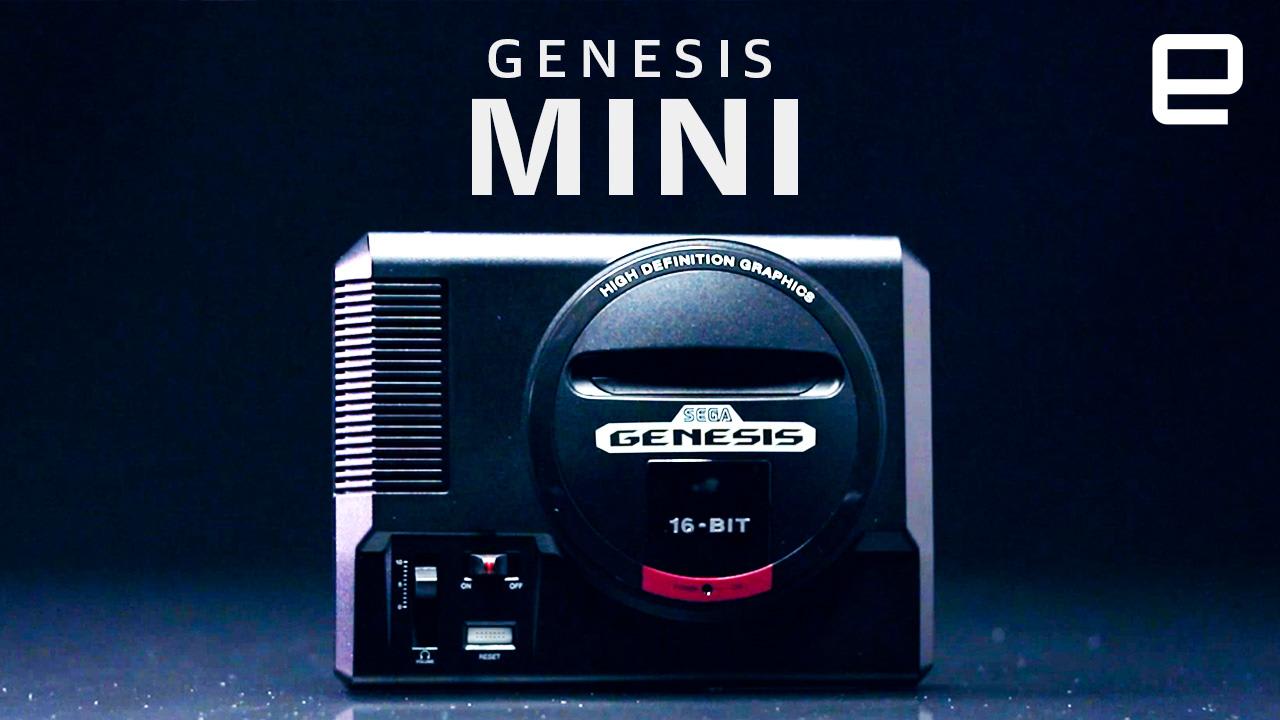 Sega had cocooned its incoming mini console in see-thru boxes at E3 2019. I'm not sure why, because the Genesis Mini (or Mega Drive Mini if you're nasty) seemed like the finished article, and was very much playable. There were rows of the device setup in a faux '90s living room, with faux TV frames and faux wood paneling to really complete the vibe. After a handful of delays, the $80 console is finally approaching its September launch date, and if you haven't preordered one already, should you?

This year's E3 is the first time journalists and the public have got to play with the Genesis Mini, and there are some great games baked in. There's a whole list of games right here, but highlights include Sonic 2, Castle of Illusion, Shinobi 3, Kid Chameleon and Streets of Rage 2.

There are some great things to play through, but this Genesis Mini will arrive at a time when we've already seen relatively cheap (less official) Genesis consoles already on sale, not to mentions Sega's own greatest hits collection which has landed on all consoles like Nintendo's Switch.

There are some draws still, with niche games like Dynamite Heady, Sonic Spinball, a particularly rare Mega Man title and Eternal Champions, a cult beat-em-up that was meant to go toe-to-toe with Street Fighter II. There's even a copy of Tetris on board, not that anyone played Tetris on a Genesis. The game is incredibly rare in cart form. It's a neat little curio.

Like the PlayStation Classic, Nintendo's NES and SNES Mini, it all depends on how invested you are in the Genesis' back catalog. You can definitely argue that the 42-game selection is a little more esoteric than other mini retro consoles. But doesn't that mean you're less likely to play all the games? Maybe. The games themselves play reliably well -- which isn't a huge surprise.

Unlike like some of the games, however, the controller has not aged so well. It feels cheap, lightweight, chunky and... exactly how I remember it. There's no six-button upgrade, but it makes up for it in sheer familiarity. In 2019, the start button doubles as the console interface: hold it down for five seconds and you'll be taken to the internal system menu where you can save progress and change games. (Sega had even set up a giant Genesis controller here at E3 — exacerbating my issues with it.)

At least the Genesis Mini comes with two controllers — ready for some long Streets Of Rage 2 playthroughs with friends and family. 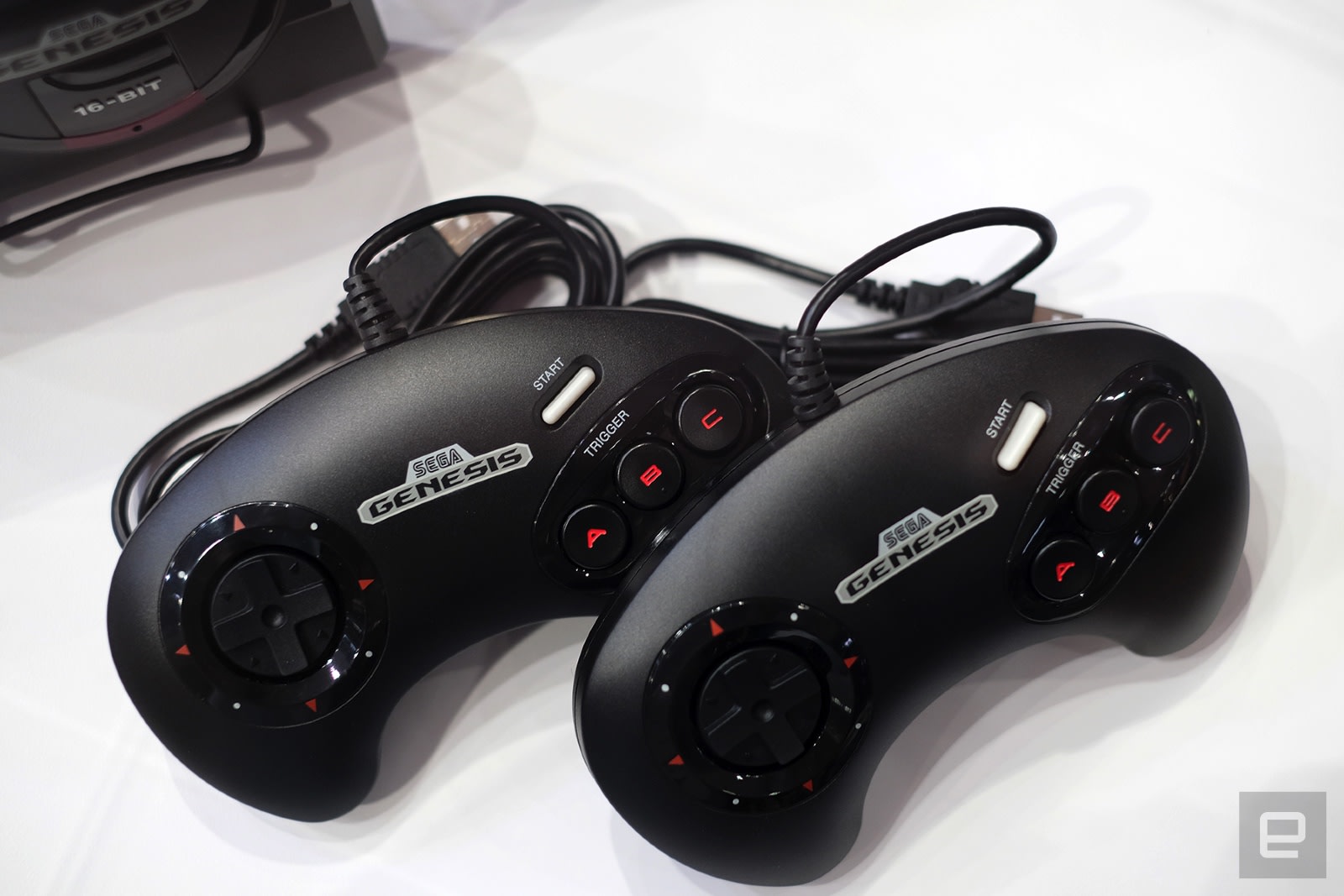 The console hardware itself is an accurate, but mini, recreation of the original. The switches and sliders move (even if they don't do anything) and the cart loading slot has little, pointless flaps, too. Like the SNES Mini, games on the Genesis run in a bordered screen, to balance the old TV ratios for modern HD sets. There's no escaping that part of gaming progress. Whether it's worth grabbing come September is dependent on how well you regard Sega's 16-bit console.

I grew up with a Sega Genesis — well, Mega Drive — so the nostalgia hit is real. You just need to have experienced it the first time around.

In this article: e3, e32019, gadgetry, gadgets, gaming, gear, genesis, hands-on, sega, sega genesis, sega genesis mini, video
All products recommended by Engadget are selected by our editorial team, independent of our parent company. Some of our stories include affiliate links. If you buy something through one of these links, we may earn an affiliate commission.