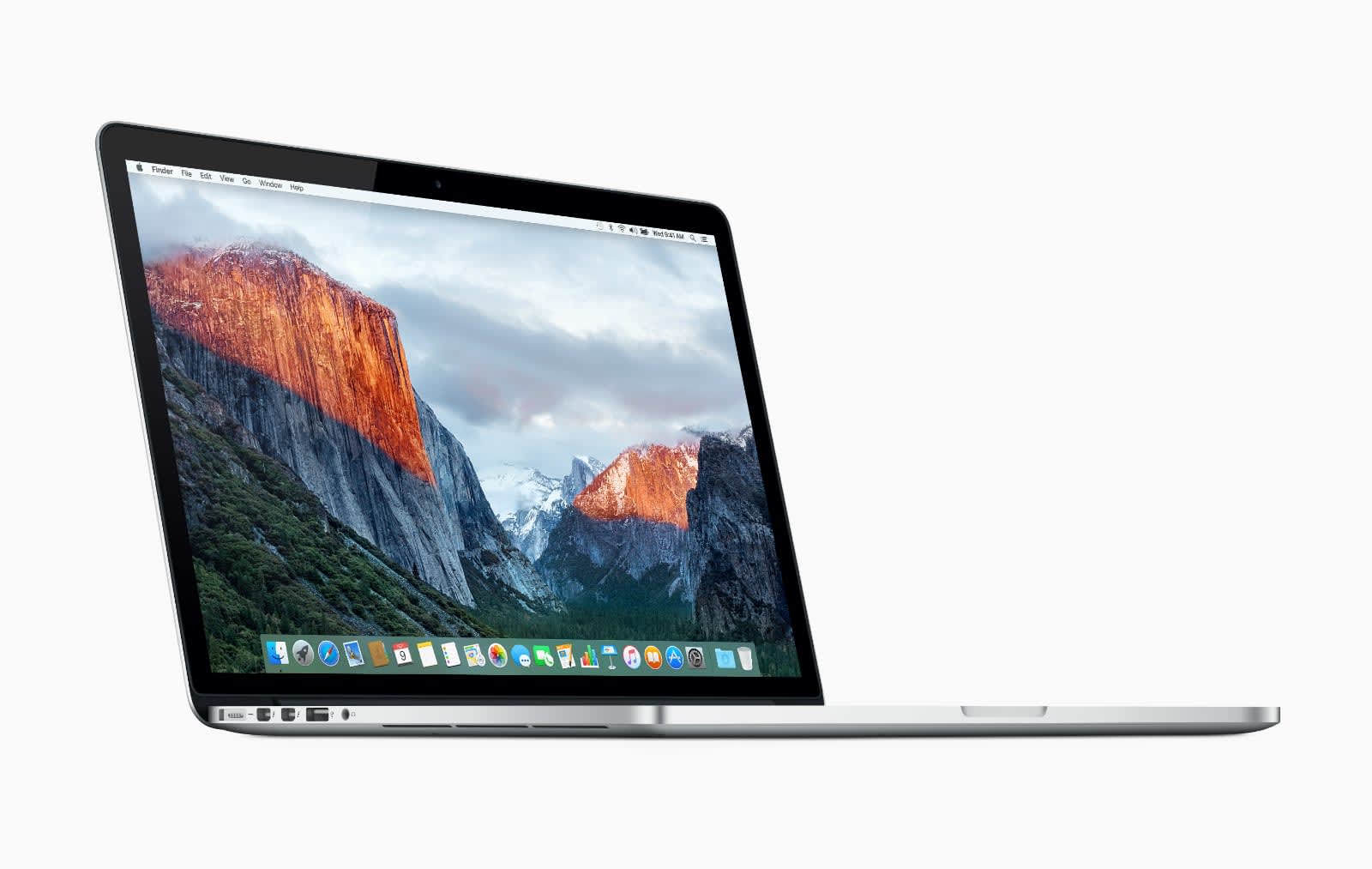 Apple issued a voluntary recall for a "limited number" of older 15-inch MacBook Pros. According to the company, the laptops contain a battery that may overheat and pose a safety risk. The recall "primarily" affects the 2015 model of the 15-inch MacBook Pro sold between September 2015 and February 2017, and they can be identified by their product serial number. If you're having a hard time keeping track, that's the model prior to the redesign which introduced the controversial new keyboard design and Touch Bar.

Apple is asking customers to stop using the affected laptops and says they can visit the company's website to have the battery replaced free of charge. In the event that you do need a new battery, you can get a replacement at an Apple store or authorized service provider. If that's not feasible, you can arrange a mail-in exchange. Though, Apple says service could take one to two weeks, during which time you'll be out of a laptop.

Source: Apple
In this article: 15-inch, apple, battery, gear, macbook pro, overheat, personal computing, personalcomputing, recall, risk, safety, thebuyersguide
All products recommended by Engadget are selected by our editorial team, independent of our parent company. Some of our stories include affiliate links. If you buy something through one of these links, we may earn an affiliate commission.