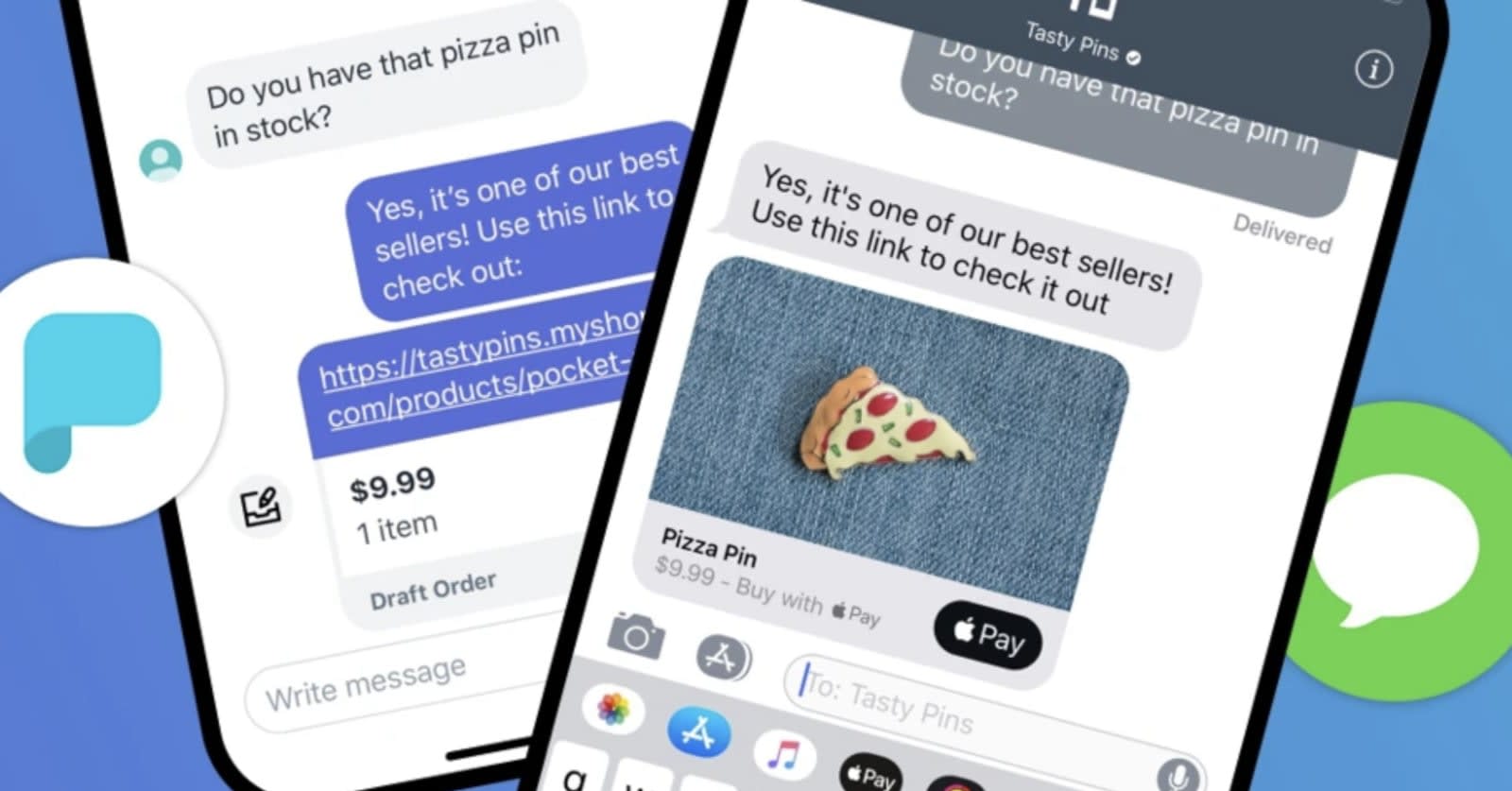 Apple's Business Chat is no longer an exclusive club for big companies like the Four Seasons Hotel and Burberry. Cupertino is expanding the service and giving you a way to talk to all 820,000 Shopify merchants via iMessage. Some merchants like HODINKEE and State Bicycle are already using Business Chat to communicate with their customers, but now Apple and Shopify are rolling out the option for everyone, including sellers outside the US.

Shopify says the new feature will make it easier for merchants to provide real-time support, especially if they're running their businesses entirely on mobile. The iOS Messages button will be featured on every page of Shopify stores, and you can simply click on it to ask sellers whatever you want to know.

In addition, you'll be able to pay for purchases using Apple Pay from within the conversation itself if the store owner or support rep links you to a particular item. A lot of people ping companies via Facebook Message or Twitter these days, but this expansion could convince iOS users -- Shopify shoppers, at least -- to give iMessage for customer support inquiries a try.

Source: Shopify
In this article: apple, Apple Business Chat, gear, internet
All products recommended by Engadget are selected by our editorial team, independent of our parent company. Some of our stories include affiliate links. If you buy something through one of these links, we may earn an affiliate commission.