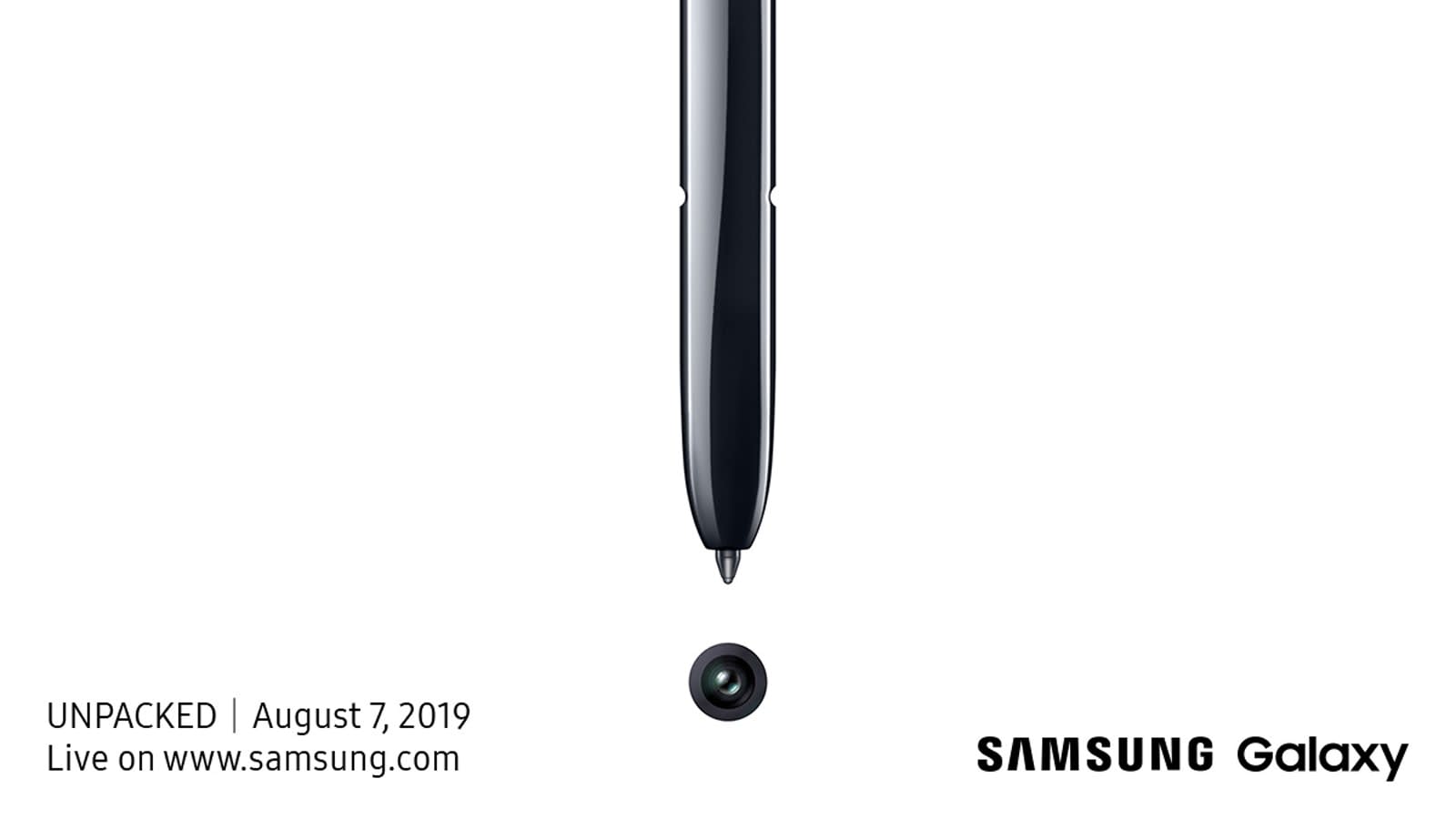 The rumors were true -- Samsung has announced that it's holding its second Unpacked event of the year on August 7th at 4PM Eastern in Brooklyn's Barclays Center. The company hasn't said anything about what to expect, but the pen-centric teaser image (above) doesn't leave much to the imagination. The Galaxy Note 10 will clearly be the star of the show, and it's just a matter of pinning down the finer details.

This could be one of the biggest Galaxy Note introductions yet. Current rumors and leaks suggest the Note 10 will retain the harder-edged design of the Note line, but inherit Galaxy S10 features like a hole-punch camera (this time at the top center), in-screen fingerprint readers and, crucially a wider selection of models. There may be two Note variants this year, a 6.3-inch base Note 10 and a nearly 6.8-inch Note 10+ (the larger of which would offer a 5G variant). You could expect upgrades to the pen experience, the camera and likely other traits.

The Note 10 might be a step back for some, though. There are murmurs that none of the new models would include a headphone jack (making Samsung's previous bragging a bit awkward), and that only the Note 10+ would have a microSD slot. If so, some of the features Samsung owners have taken for granted are about to go away -- and there's no guarantee that the Galaxy Buds or increased storage will satisfy some fans.

Source: Samsung
Coverage: Android Police
In this article: android, galaxy note, galaxy note 10, gear, mobile, Note10event, samsung, smartphone, teaser, unpacked2019
All products recommended by Engadget are selected by our editorial team, independent of our parent company. Some of our stories include affiliate links. If you buy something through one of these links, we may earn an affiliate commission.