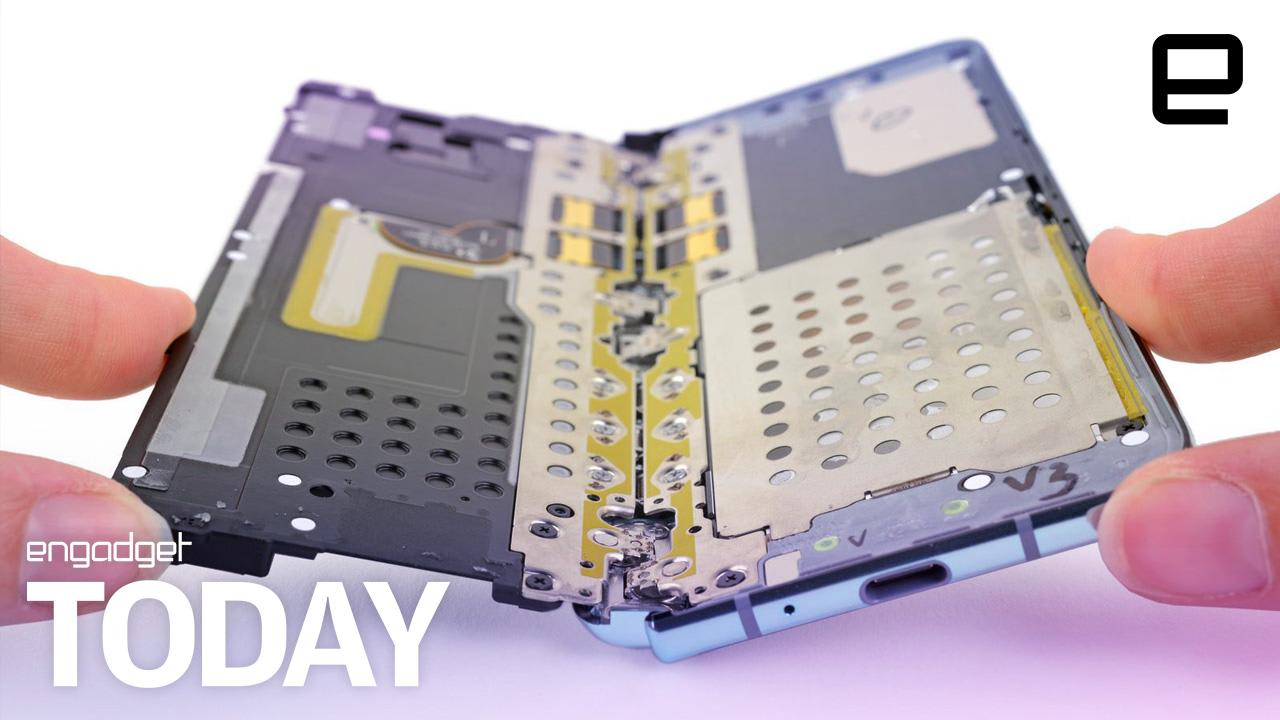 Still waiting for Samsung's first foldable phone? Bloomberg cites anonymous sources saying that Samsung has completed a redesign of the Galaxy Fold in just two months. The protective film now covers the entire screen and stretches into the bezel so people can't pull it off by accident, and hopefully reduce the appearance of a seam in the middle. Also, the hinge has reportedly undergone tweaking to make it flush with the display, and pushing the film up when the device is opened.

In case you've forgotten, the nearly $2,000 device was supposed to be on the market by now. But after multiple testers had problems with their review units in April, Samsung delayed its planned launch and the device has been in a holding pattern ever since.

Assuming that's all accurate, and reworked parts will soon head to Vietnam for mass production, don't expect to hear about a new launch date just yet. The Galaxy Note 10 will be revealed at Samsung's Unpacked event in Brooklyn on August 7th, but the same sources said we won't get a new date for the Fold at that time. All we know for now is that it's intended to be ready for launch ahead of the holiday season.

Source: Bloomberg
In this article: AOLoriginals, daily show, engadget, Engadget Today, engadget video, entertainment, Galaxy Fold, gear, hinge, mobile, protective layer, redesign, samsung
All products recommended by Engadget are selected by our editorial team, independent of our parent company. Some of our stories include affiliate links. If you buy something through one of these links, we may earn an affiliate commission.