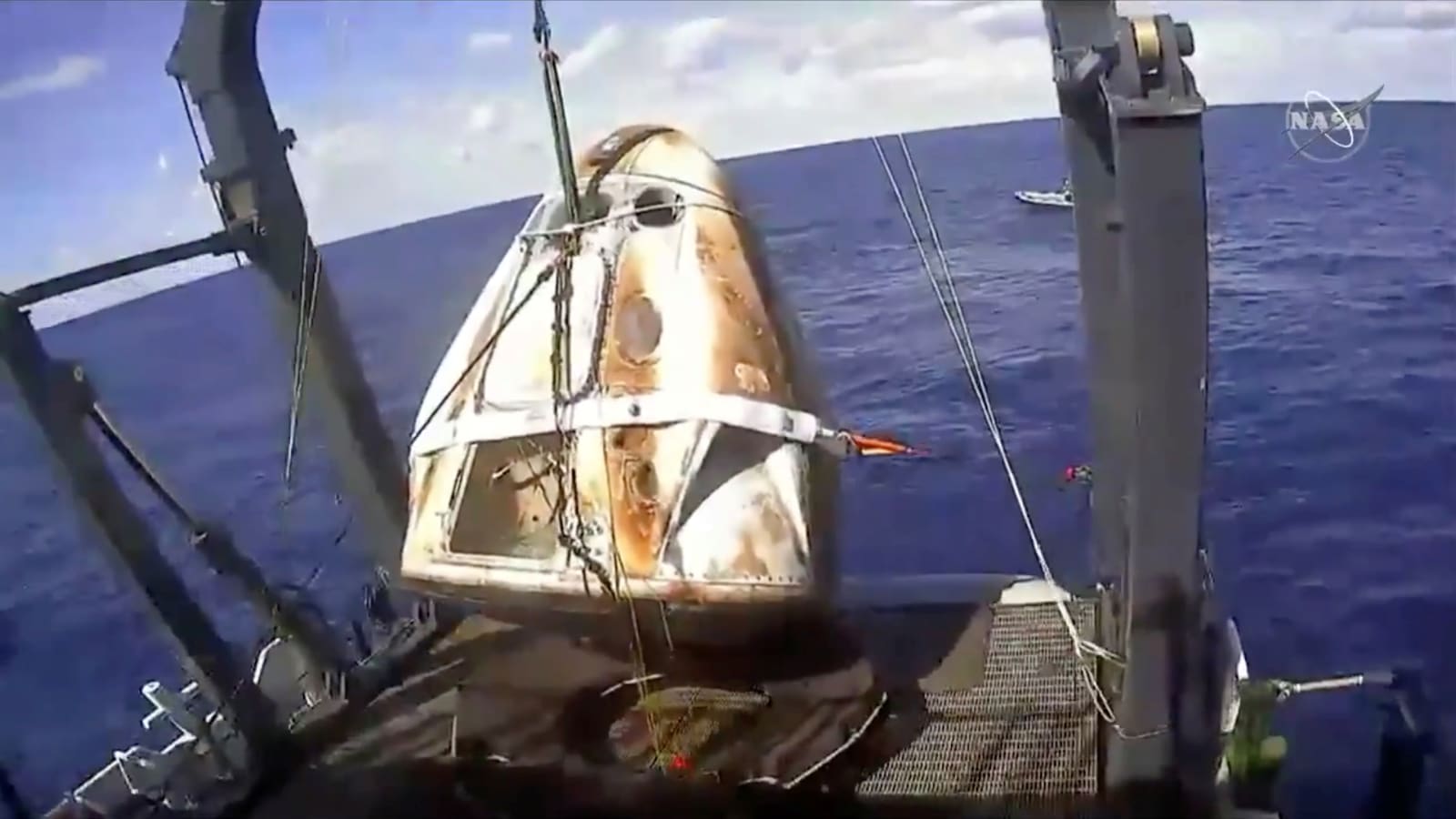 Months after the incident, SpaceX has an explanation for why its Crew Dragon capsule was destroyed during a test. The private spaceflight firm has determined that a "leaking component" allowed liquid oxidizer (specifically nitrogen tetroxide) to enter high-pressure helium tubes during ground processing. When some of this oxidizer was sent through a helium check valve during the launch escape system startup, it reacted with the valve's titanium and triggered an explosion.

The reaction between the oxidizer and the titanium was "not expected," SpaceX said, noting that titanium had been used on spacecraft for "many decades."

The company has taken steps to reduce the chances of this happening again. It eliminated potential flow paths in the escape system that would let liquid propellant enter the pressurization system. It's also replacing check valves in favor of burst disks that seal completely and should "mitigate the risk entirely." Testing has started for these changes, SpaceX said, and should be ready for future flights.

There was no mention of just how this would affect the schedule for SpaceX, but it's now using different capsules for subsequent missions. The Crew Dragon originally intended for the second demo mission to the International Space Station will now be used for the in-flight abort test, while the capsule meant for the full-fledged inaugural mission will be used for that second ISS demo. It will be a while before SpaceX is regularly ferrying astronauts to the ISS -- not that the company or NASA will mind if if the adjustments lead to safer trips.

Source: SpaceX
In this article: capsule, crew dragon, gear, nasa, space, spaceflight, spacex, tomorrow
All products recommended by Engadget are selected by our editorial team, independent of our parent company. Some of our stories include affiliate links. If you buy something through one of these links, we may earn an affiliate commission.