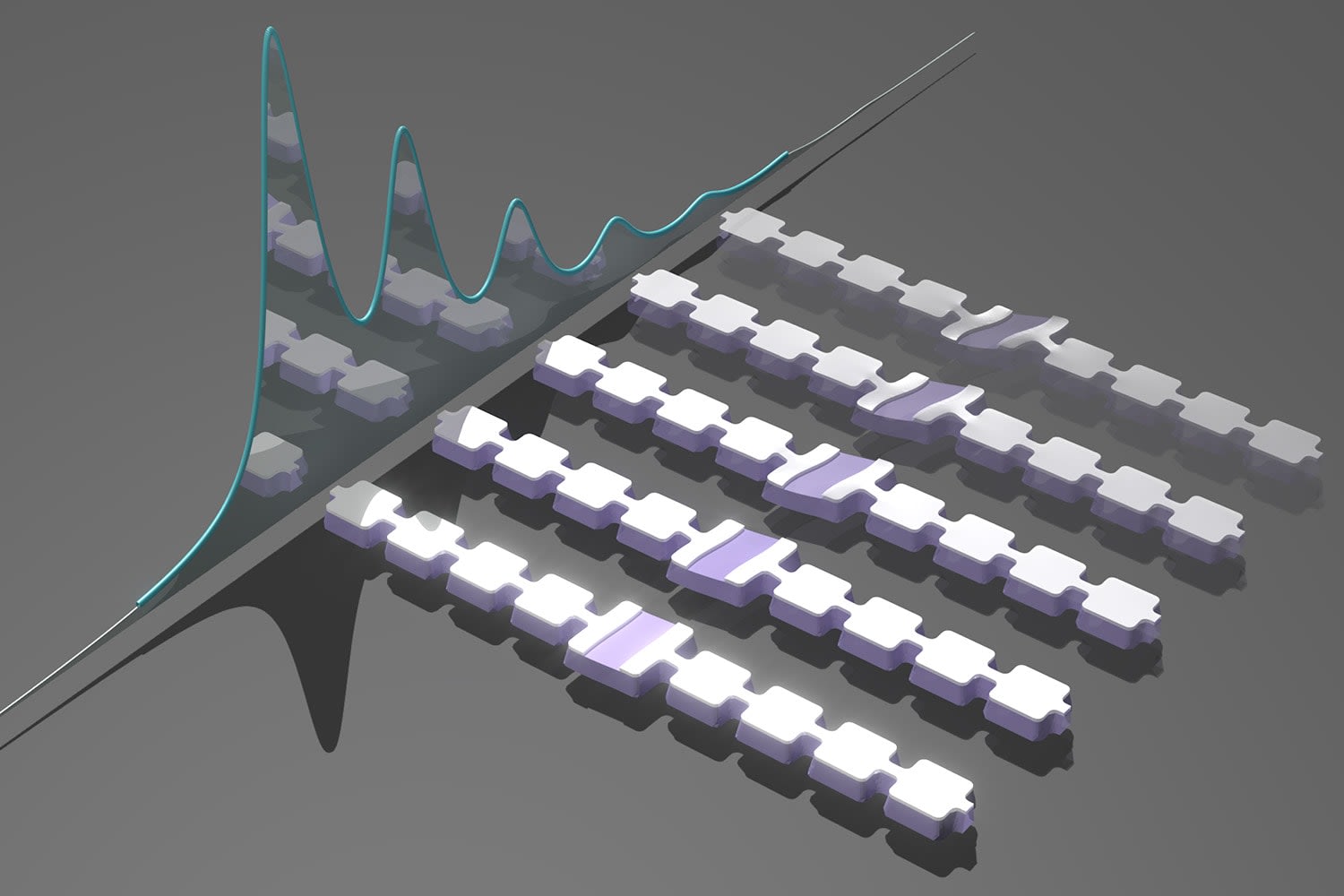 Researchers at Stanford have developed a "quantum microphone" which can detect the smallest known units of sound -- packets of vibrational energy called phonons. The device could form the basis for even more efficient quantum computers.

Phonons have previously been impossible to measure because traditional microphones are not nearly sensitive enough to pick them up. A microphone works by detecting when a sound wave interacts with a membrane, but the phonons are so small that they can't be detected individually due to the Heisenberg Uncertainty Principle.

Instead of relying on indirect measurement of sound waves, the scientists built a device which measures the energy of phonons directly using minuscule resonators which act like mirrors for sound. The device can trap the photons and measure the vibrations they cause, with different energy levels corresponding to different numbers of phonons.

The device is described in a paper in Nature, and could be a step towards the creation of a new type of quantum computer. The ability to detect small packets of sound could allow for devices which encode information using sound energy, allowing the storage of massive amounts of data in a small machine.

"Right now, people are using photons to encode these states. We want to use phonons, which brings with it a lot of advantages," said the lead author of the paper, Amir Safavi-Naeini, an assistant professor of applied physics at Stanford's School of Humanities and Sciences. "Our device is an important step toward making a 'mechanical quantum mechanical' computer."

Source: Stanford, Nature
In this article: personal computing, personalcomputing, phonons, quantum computing, quantum microphone, research, stanford, TL19QNTM, tomorrow
All products recommended by Engadget are selected by our editorial team, independent of our parent company. Some of our stories include affiliate links. If you buy something through one of these links, we may earn an affiliate commission.