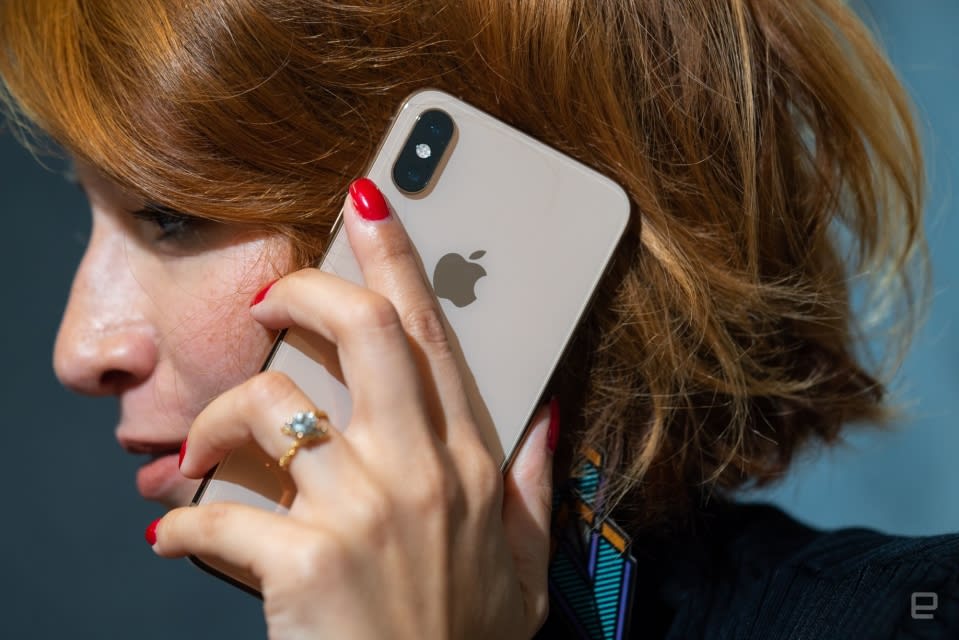 Apple really, really doesn't want you replacing your own iPhone battery. It has rolled out new software that detects if a battery has been installed which lacks an official authentication key and displays a warning about the battery's health.

The issue, first spotted by iFixit, affects the iPhone XR, XS and XS Max devices running iOS 12 and the iOS 13 beta. While the notification is getting wide attention currently, Apple says it first arrived in iOS 12.1 back in October; the company also has had details on it on its battery support page since last year. If you replace your own iPhone battery or get it replaced by an unauthorized repair shop, when you head to the Battery settings page you'll see a message:

Important Battery Message
Unable to verify this iPhone has a genuine Apple battery. Health information not available for this battery.

This message usually appears when there is a problem with the battery and it needs to be replaced. Now, however, this message is shown even if the battery you installed is genuine, brand new and working fine.

It seems that Apple is trying to scare off iPhone owners from getting a battery swap done at anywhere other than an authorized service provider. On the other hand, authorized repair outlets are guaranteed to use official parts and to perform repairs according to proper routines.

For Apple's part, the company explained in a statement Engadget received several days after this story was published that the warning is meant to alert owners when the phone is "unable to verify that a new, genuine battery was installed by a certified technician following Apple repair processes." It seems, then, that this warning would indeed occur whenever the battery change isn't done by Apple or an authorized repair center.

We take the safety of our customers very seriously and want to make sure any battery replacement is done properly. There are now over 1,800 Apple authorized service providers across the US so our customers have even more convenient access to quality repairs. Last year we introduced a new feature to notify customers if we were unable to verify that a new, genuine battery was installed by a certified technician following Apple repair processes. This information is there to help protect our customers from damaged, poor quality, or used batteries which can lead to safety or performance issues. This notification does not impact the customer's ability to use the phone after an unauthorized repair."

Apple had appeared to be easing up on its campaign against third-party battery swaps, as it reversed its policy against repairing iPhones with replaced batteries earlier this year. However, the company has introduced similar software limitations in the past to prevent users from repairing other Apple products such as MacBook Pros.

iFixit called the new battery message "user-hostile" and said the decision to add a warning after legitimate repairs is not about protecting users but is actually about "preventing you from having any autonomy with a device you supposedly own." Apple continues its fight against the right to repair movement which campaigns for the right of users to modify and repair technology that they own.

Update, 8/14/19, 2PM ET: This story has been updated with a statement from Apple and additional information about when this warning first rolled out.

Via: 9to5Mac
Source: iFixit
In this article: apple, gear, iphone, mobile, replacement battery, right to repair, third-party repairs
All products recommended by Engadget are selected by our editorial team, independent of our parent company. Some of our stories include affiliate links. If you buy something through one of these links, we may earn an affiliate commission.