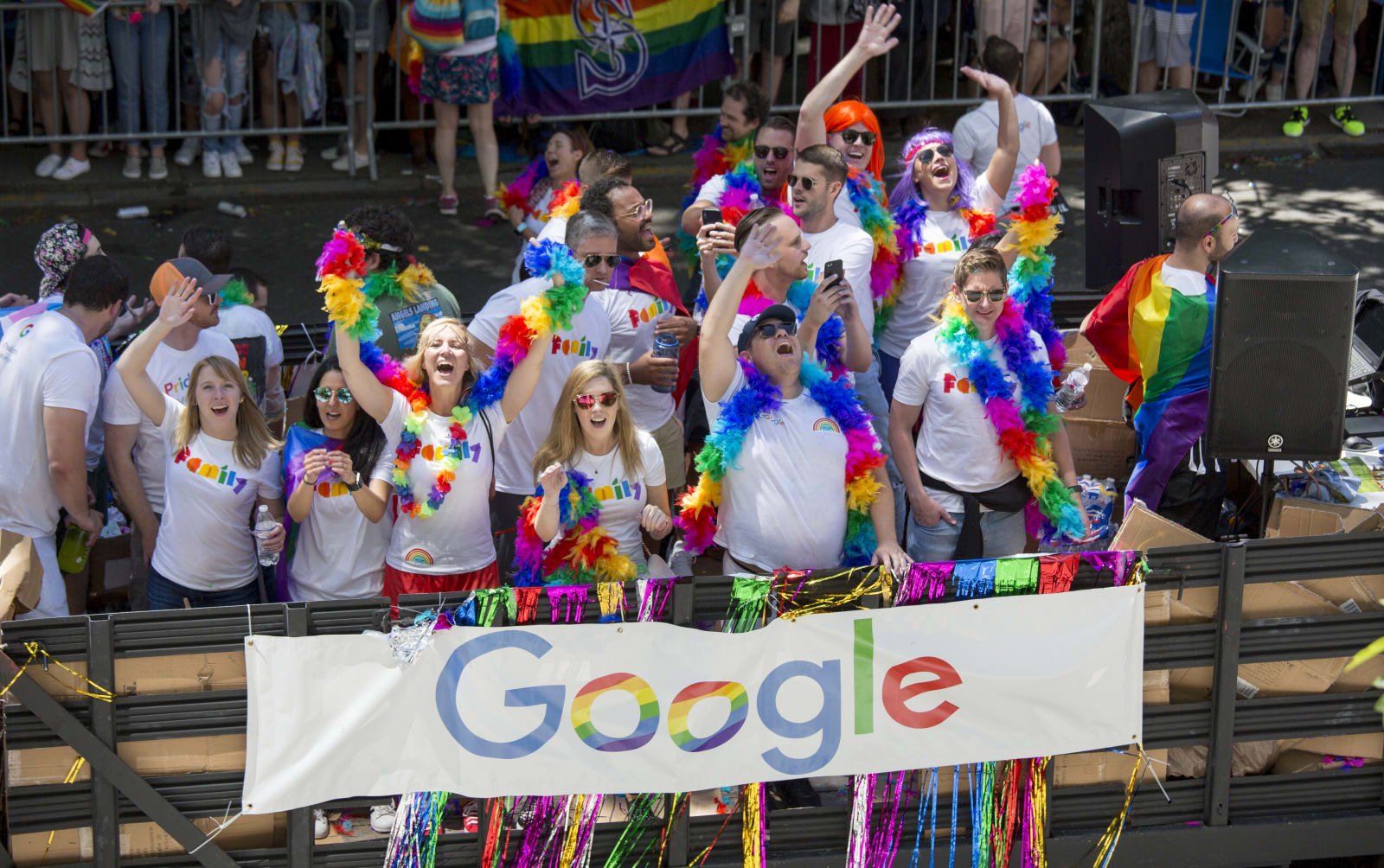 In a federal lawsuit filed yesterday, a group of LGBTQ+ video creators claims YouTube discriminates against their content. The group alleges that YouTube suppresses their videos, restricts their ability to monetize their channels and enforces its policies unevenly, giving more leeway to producers with large audiences. According to The Washington Post, the suit argues that YouTube deploys "unlawful content regulation, distribution, and monetization practices that stigmatize, restrict, block, demonetize, and financially harm the LGBT Plaintiffs and the greater LGBT Community."

As The Washington Post points out, YouTube's software is kept secret, so creators are often left wondering why their content is suppressed. The plaintiffs believe that YouTube's algorithms and human reviewers single out and remove content with words like "gay," "lesbian" or "bisexual." Bria Kam and Chrissy Chambers claim YouTube restricted some of their videos and caused their monthly revenue to drop from $3,500 to around $500. Other creators say YouTube's failure to address hateful comments forced them to turn comments off, which then limited their potential earnings.

"We're proud that so many LGBTQ creators have chosen YouTube as a place to share their stories and build community. All content on our site is subject to the same policies. Our policies have no notion of sexual orientation or gender identity and our systems do not restrict or demonetize videos based on these factors or the inclusion of terms like "gay" or "transgender." In addition, we have strong policies prohibiting hate speech, and we quickly remove content that violates our policies and terminate accounts that do so repeatedly."

Still, YouTube doesn't have the best track record. In 2017, users noticed that its Restrict Mode was consistently blocking videos with LGBTQ+ content. It apologized and fixed the bug that supposedly caused the issue. More recently, the platform was criticized when it declined to pull racist and homophobic videos by the controversial conservative commentator Steven Crowder. Later, some moderators claimed they made exceptions for creators with larger audiences. In response, YouTube said it has two sets of standards for conduct -- one for creators who can benefit from advertising and somewhat looser guidelines for the general YouTube community.

Some of the concerns raised in the lawsuit echo those circulating in Washington. Like some lawmakers, the plaintiffs say YouTube and Google have amassed too much power. "By controlling an estimated 95 percent of the public video communications that occur in the world, Google and YouTube wield unparallelled power and unfettered discretion to apply viewpoint-based content policies in a way that permits them to pick winners and losers," the plaintiffs' attorney Peter Obstler told The Washington Post.

Update 8/14/19 4:10PM ET: This story was updated to include a statement provided by Google.

Source: The Washington Post
In this article: advertising, allegations, Blocked, business, claims, comments, content, creators, entertainment, federal, google, internet, lawsuit, lgbt, lgbtq, monetize, policy, producers, regulation, restrictions, revenue, tomorrow, unfair, videos, youtube
All products recommended by Engadget are selected by our editorial team, independent of our parent company. Some of our stories include affiliate links. If you buy something through one of these links, we may earn an affiliate commission.