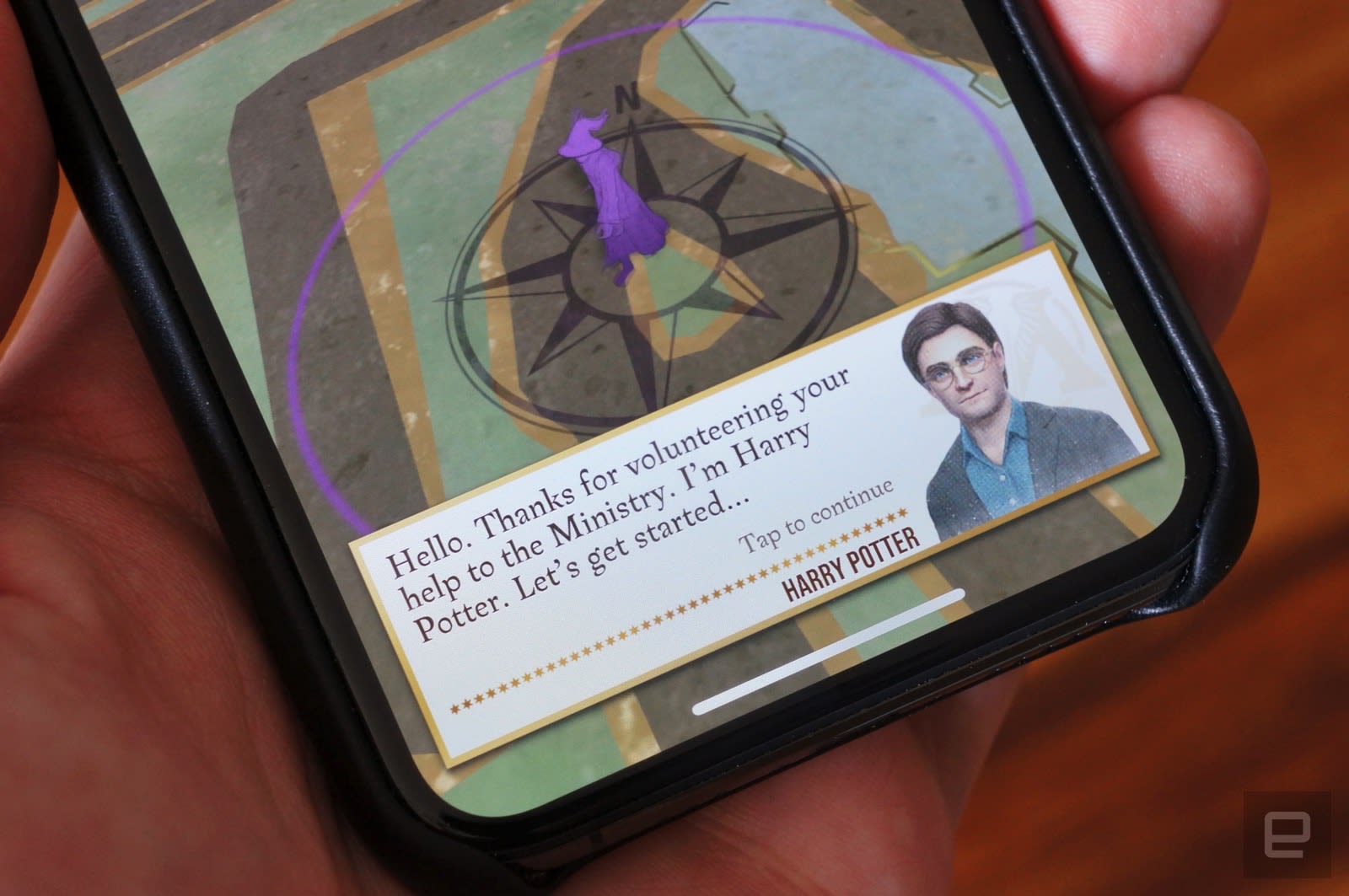 Pokémon Go players have had the luxury of syncing their activity tracking with the game, but not Harry Potter: Wizards Unite fans. If you've wanted to unlock Portmanteaus or otherwise complete distance-based goals, you've had to keep the app running and kill your battery in the process. You might not have to put up with that for much longer, thankfully. Niantic has reportedly been emailing users promising that Adventure Sync is "coming soon" to Wizards Unite, letting players tie activity from their phone's fitness tracking to accomplishments in the game.

It's not certain if this will be available for both Android (via Google Fit) and iOS (via Health) users, although that's currently the case for the Pokémon Go crowd.

If and when this arrives, it might encourage more people to play Wizards Unite. Fitness data syncing not only helps players advance sooner, it could promote exercise from players determined to level up. A gym run or long walk counts toward your goals, after all. It won't necessarily translate to Pokémon-level audiences, but feature parity like this could help the game's chances.

Just got an email teasing Wizards Unite's new feature, Adventure Sync! (This would've been an awesome feature to have during the Global Challenge) pic.twitter.com/zevtiECEHn

Via: iMore
Source: The Sylph (YouTube)
In this article: adventure sync, android, app, fitness, games, gaming, google fit, harry potter, harry potter wizards unite, health, ios, iphone, mobile, niantic, video games
All products recommended by Engadget are selected by our editorial team, independent of our parent company. Some of our stories include affiliate links. If you buy something through one of these links, we may earn an affiliate commission.