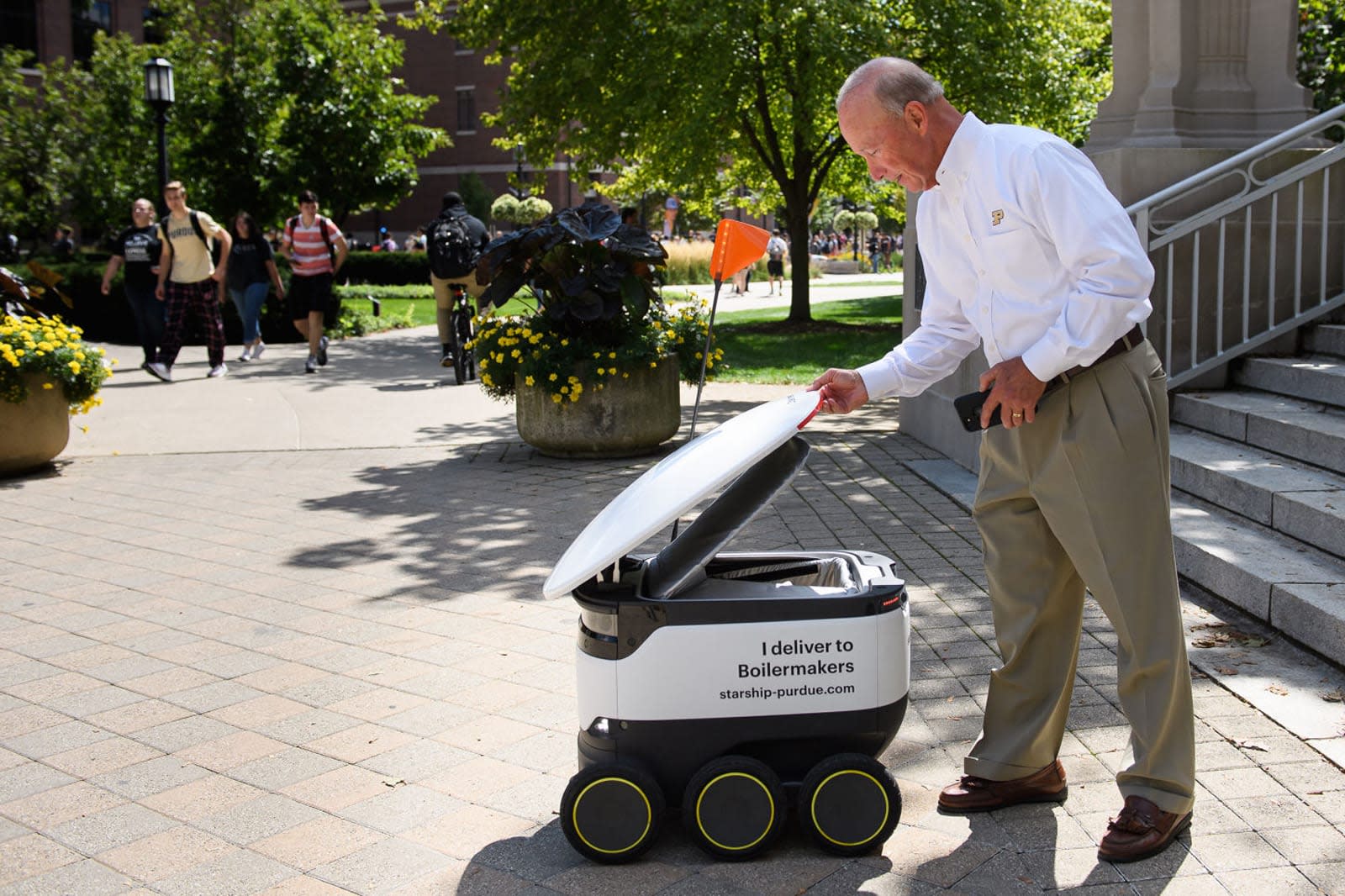 Starship's delivery robots have reached their largest school campus yet. Purdue students at the university's West Lafayette campus now have the option of ordering robot-delivered food that should arrive in "minutes." As at other schools, deliveries carry a flat $2 fee and work in tandem with your student meal plan. If you're too busy studying to traipse across the university grounds and don't want to spend much more than you're already paying for food, your solution might be at hand.

The bot maker is in the early stages of an expansion that will have thousands of machines serving campuses within the next two years. Students at George Mason University and Northern Arizona University already have access to the robotic couriers, while the University of Pittsburgh should have access later in September.

There's a fairly simple logic at work here. The campus rollouts let Starship serve communities without having to wait for permission to operate on public streets. It's also a way to refine the technology in a relatively safe, contained environment before there's a wider deployment. Don't fret if you've long since graduated, then -- you may get more perks (if just a wider choice of food) in return for the wait.

In this article: delivery, food and drink, food-and-drink, foodanddrink, gear, purdue, purdue university, robot, robots, school, starship, starship technologies, tomorrow, video
All products recommended by Engadget are selected by our editorial team, independent of our parent company. Some of our stories include affiliate links. If you buy something through one of these links, we may earn an affiliate commission.