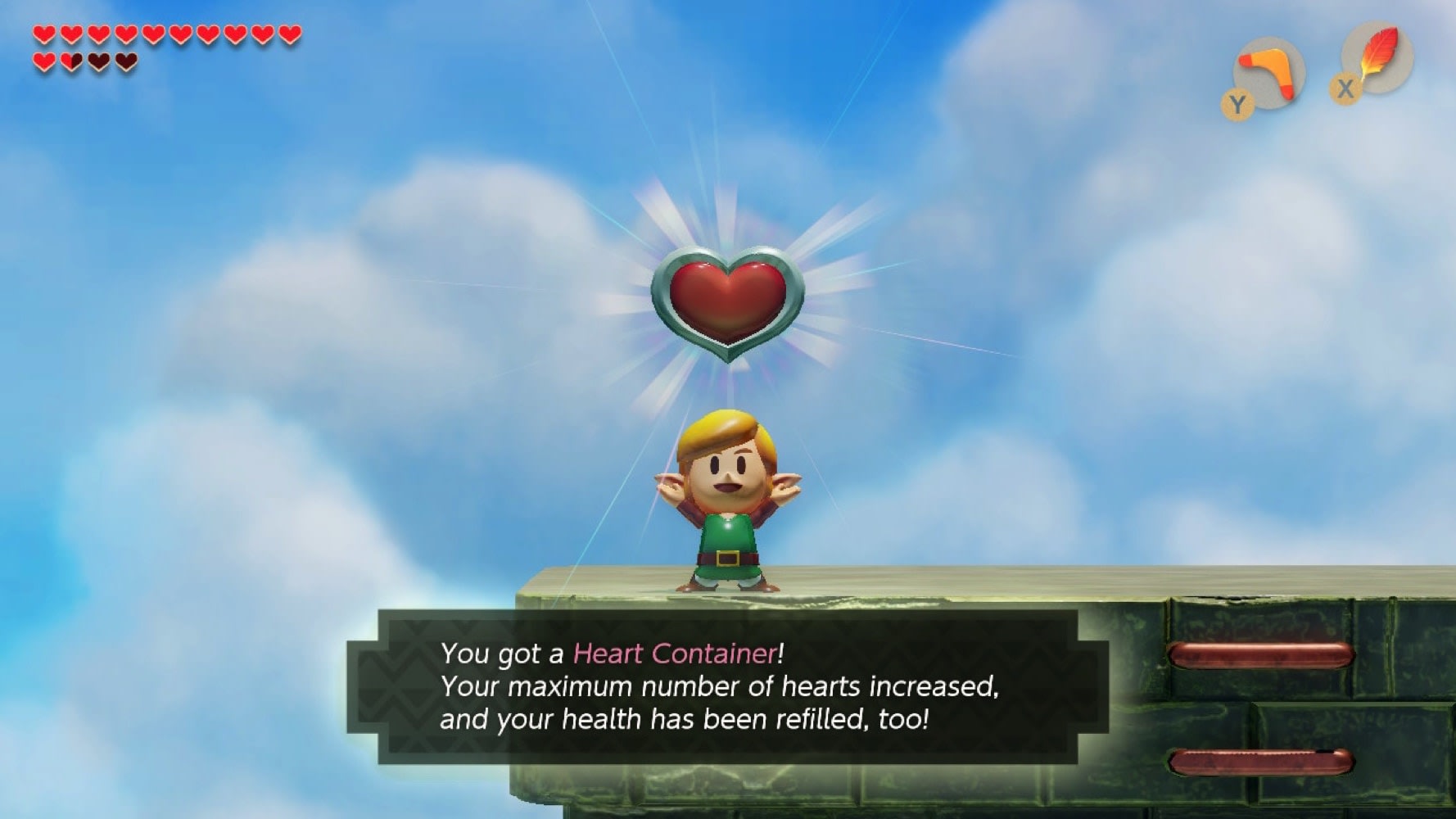 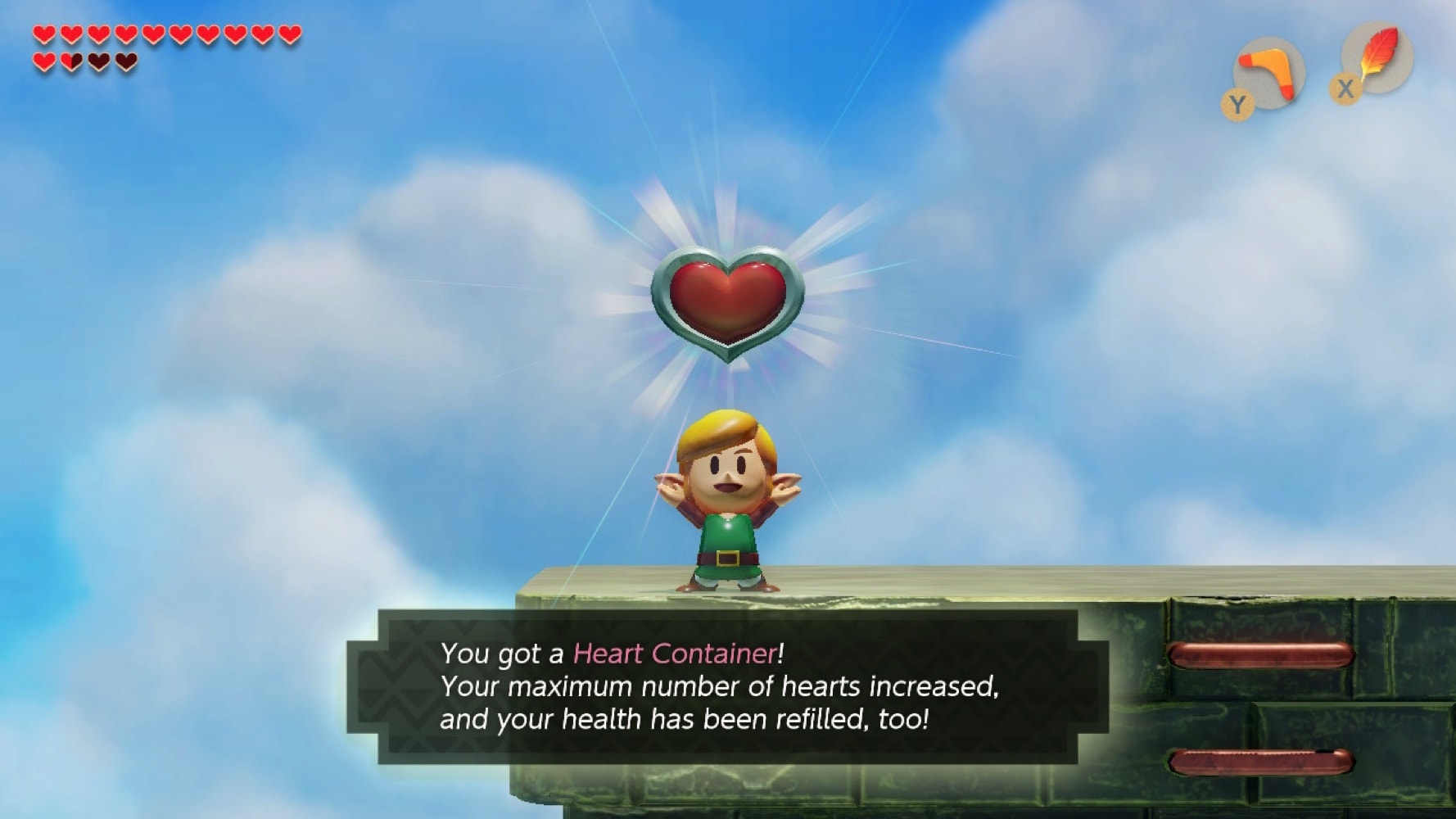 Link's Awakening is a weird Zelda game that wears its quirks on its sleeve. It started life as a port of the SNES title A Link to the Past but morphed into a unique game that debuted on the Game Boy back in 1993. And, 26 years later, it's still an incredibly well-designed action-adventure. Except now it's remade on the Switch, a console that has more than four times the buttons and many more times the power of a Game Boy. Maybe you played Link's Awakening decades ago; perhaps you only started following Link's adventures since The Ocarina of Time or 2017's Breath of the Wild. It doesn't matter: This once-monochrome game holds up.

Story-wise, there are a few ways that Link's Awakening is unique to the home console canon of Zelda games -- and it's not just the lack of the series' Princess Zelda. In fact, the entire tale isn't even set in Hyrule. Link wakes up washed ashore on Koholint Isle, whose main geographical feature is a giant egg atop a mountain to the north.

It's a different place, but it's still Zelda as usual: fight monsters, explore dungeons and solve puzzles. As you collect equipment, you can explore the island further, unearthing the mystery of the island (that I'm trying not to spoil) and making a few islander friends along the way. The original was a critical and commercial success that managed to cram a surprisingly rich, charming adventure onto a tiny monochrome screen. (Yes, a Game Boy Color iteration added an extra 'color dungeon,' which has also been included in this Switch remake.)

Nintendo has modernized its flat adventure with toy-ish 3D characters in a pseudo-3D world. There's a graphical tilt-shift effect added to the game, which helps elevate the cuteness -- and plays into the dreamy mystery of the game. The world looks great post-makeover. There's more detail on everything; things shimmer and water undulates. The musical score across the game is faithful to the original but amped up with an orchestral score to match the more powerful Switch hardware. Don't worry -- Link still doesn't talk. No-one does. But there are ocarina ditties!

Like the soundtrack, the gameplay and level design are almost entirely unchanged from its Game Boy debut. I think it's incredible how well the entire game behaves decades later -- even the weirdness. 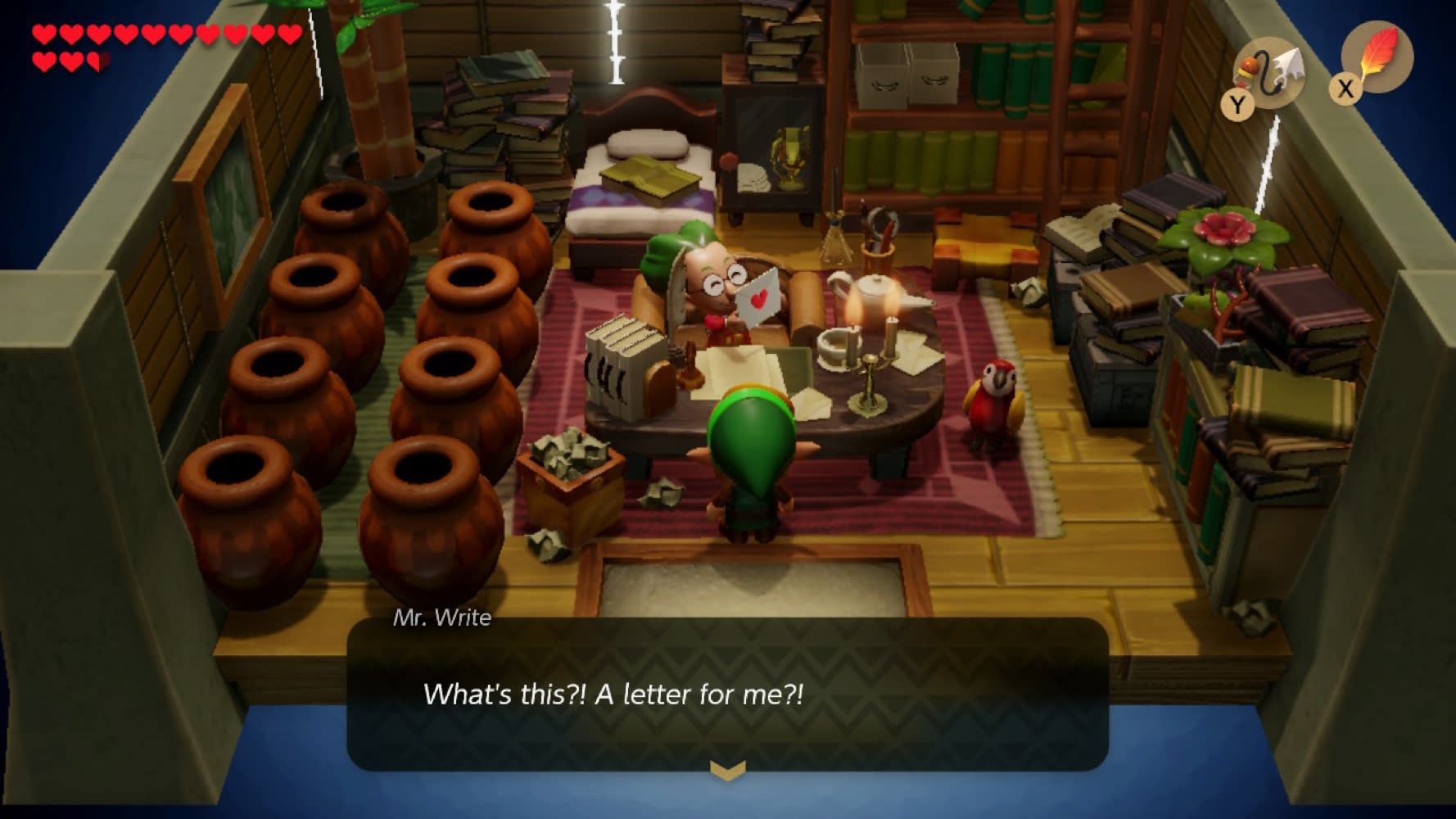 Yes, Link's Awakening is weird. Tarin, the kindly gentleman who takes you in looks a lot like Mario, and there's a bunch of Mario enemies like piranha plants and goombas that populate this tiny island, too. There's even a Yoshi doll to win at the crane-catcher hut. Crocodiles sing songs, bears are chefs that need honeycomb and a nefarious creature hiding in caves 'tortures' you by expanding your inventory space.

It's not as serious as Breath of The Wild (nor is it as expansive, hard or long) and that makes Link's Awakening more beginner friendly. While it doesn't hold your hand, it's just not as complicated as modern Zelda titles. Every time I came unstuck at a puzzle or navigating a dungeon (I never completed the game when I was a nine year old), the solution is there, waiting to manifest in your brain if you let it. Really unsure where to go? There's still a cute anachronistic telephone helpline, with several phone huts dotted around Koholint, to assist in a pinch.

While enemies and items behave the same (yes the mid- to end-game boomerang is still overpowered and still a hassle to unlock), the 2019 version does update controls, a little, to suit the Switch's myriad options -- a far cry from the economic A and B buttons of the Game Boy.

First up: You don't have to unequip and re-equip items as much, depending on which one you need. You can still only use two 'action' items at a time. These map to the X and Y buttons, so you can use them alongside your sword and shield with ease. Your shield is now mapped to the ZL trigger, making battles feel a little more like modern-day Zelda. Another welcome change is how a few items, like the power bracelet for lifting heavier items, are just constantly 'on.' There's now no need to equip and lose your ability to jump, for example, and it meant fewer interruptions to the game to manage my inventory.

Chamber Dungeons is not Mario Maker for 'Zelda'

One major addition to Link's Awakening is Chamber Dungeons, a thankfully optional feature where Link tries his hand at designing dungeons for series regular Dampé the Gravedigger. As you play through and beat dungeons, Dampe will unlock rooms and puzzles featured in each one, and you'll be able to use these to design your own custom dungeons or toy with additional guidelines and restrictions for health and other items. 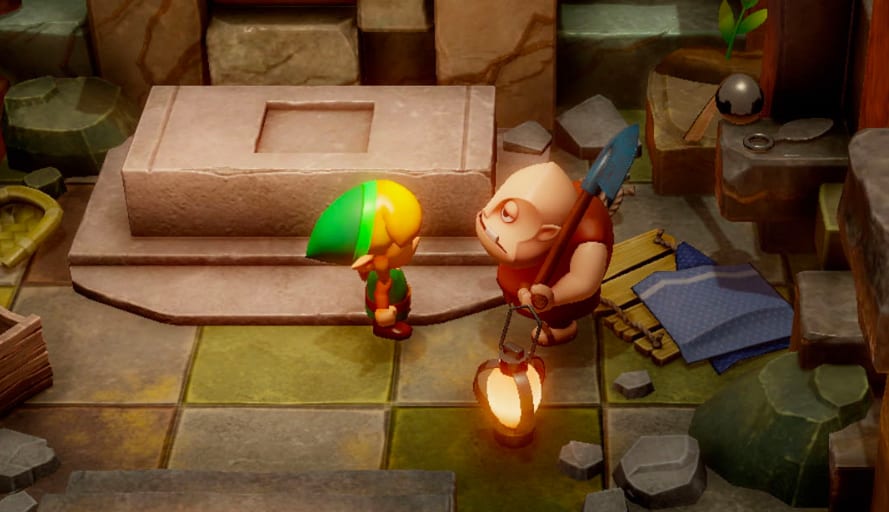 It may sound a little like Mario Maker, but with treasure chests and swords. Sadly, it's nowhere near as fun or open-ended. The rules are straight forward and logical: you need an entrance and a final-boss room (the end), there need to be enough keys in chests to open the number of locked doors in the level and stairways need to lead somewhere. Design challenges and room-beating aside, Dampe will add a sprinkle of difficulty with more challenges (no sword, for example). Planning the dungeon is fine, a light logistical challenge. Beating the dungeons themselves, though, is downright boring -- because it's made up of remixed parts of the game you've already played. It's dull and not fun.

There are ample easter eggs and distractions, and most of them have made the transition from Game Boy to Switch. There's also a seashell-collecting mini-game to ensure you've pored over every square of Koholint Island. As you hit certain totals, you get goodies as rewards to make it worth the effort. I haven't found them all yet. Sorry. The fishing game and the aforementioned crane catcher from the original game are also present if you feel like killing time between dungeons.

The Switch remake of Zelda: Link's Awakening is a reminder of how Nintendo was once able to cram such an epic adventure game into a Game Boy cart with less than 1MB of storage. Because the original game itself was so incredible, nothing has been spoiled here. Except maybe us. A lot of us have now grown up playing the series' genre-expanding sequels, and you might find the charming (but often simple) isle of Koholint a little small in scale. You can't blame Link's Awakening for the march of progress. For newer, younger players, this serves as an incredibly tight introduction to Link and the Legend of Zelda. With or without the game series' namesake.

In this article: av, gaming, links awakening, nintendo, nintendo switch, remake, switch, The Legend of Zelda, the legend of zelda links awakening, zelda
All products recommended by Engadget are selected by our editorial team, independent of our parent company. Some of our stories include affiliate links. If you buy something through one of these links, we may earn an affiliate commission.