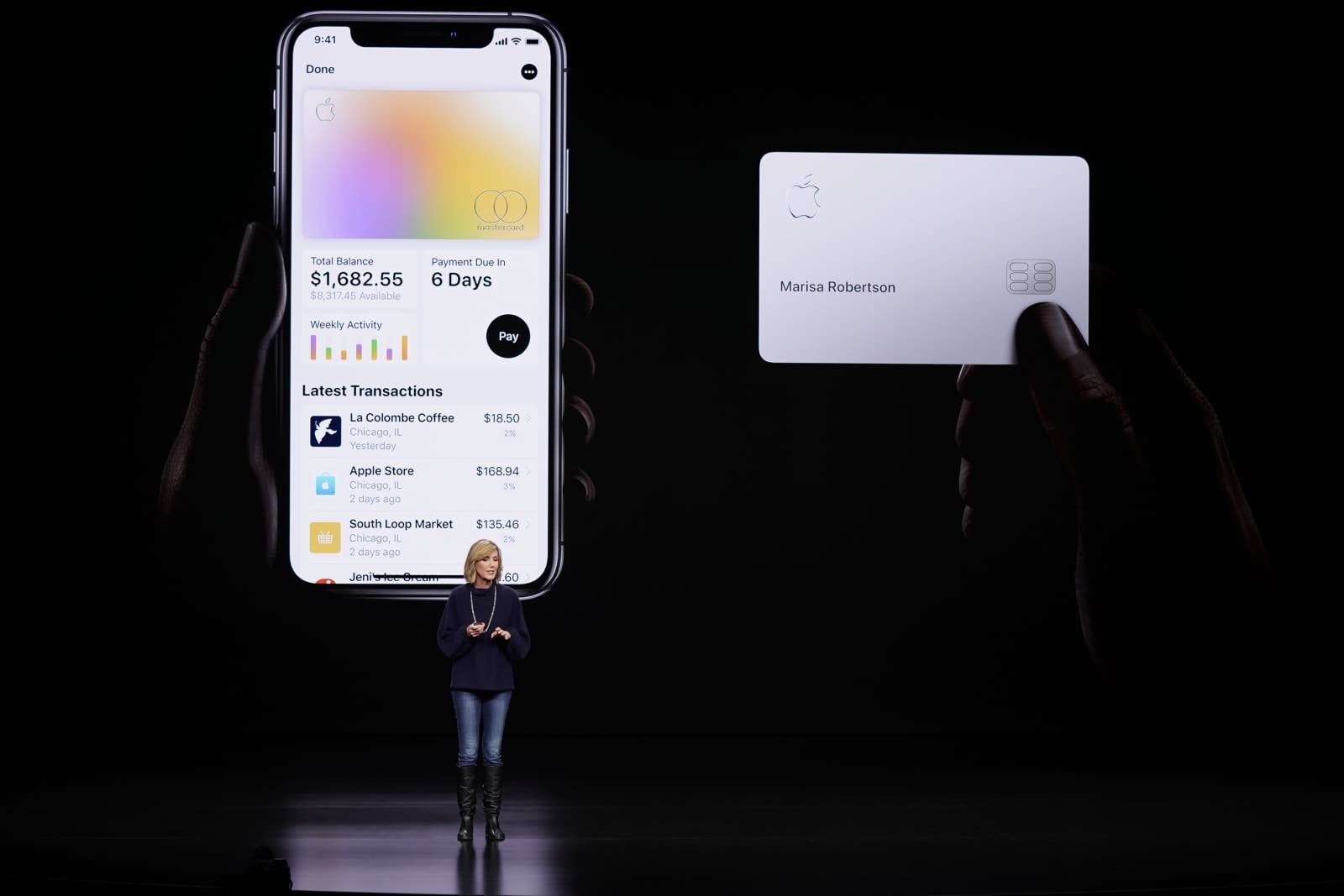 The bank behind Apple Card is facing legal scrutiny over accusations of inequality. New York's Department of Financial Services has launched an investigation into Goldman Sachs' practices after Basecamp founder David Heinemeier Hansson accused Apple (and really, Goldman) of sexism when determining credit limits. He received a limit 20 times higher than his wife despite her higher credit score, and received no help from customer service apart from murmurs of a "formal internal complaint." She eventually got a "VIP bump" to match his credit limit, but that appeared to have been a reaction to the public outcry. Hansson didn't believe Apple or Goldman set out to be discriminatory, but that the outcome was sexist nonetheless.

Apple co-founder Steve Wozniak also weighed in, saying that he got a ten times higher credit limit than Janet Hill, his spouse. He noted that they were in a similar financial situation to David Heinemeier Hansson's family.

The same thing happened to us. I got 10x the credit limit. We have no separate bank or credit card accounts or any separate assets. Hard to get to a human for a correction though. It's big tech in 2019.

The department told Bloomberg that the investigation will both look into any legal wrongdoing as well guarantee that every customer is treated equally. Any algorithmic bias (including unintentional bias) "violates New York law," department superintendent Linda Lacewell said.

Goldman maintained in a statement that credit decisions were based solely on "creditworthiness" and not qualities like gender or ethnicity, although it didn't explain why a woman with a stronger credit score received a much lower limit.

It's not certain how long the investigation will take, and there's no guarantee Goldman will be asked to make adjustments. However, the incident underscores concerns that bias in algorithms is creating serious disadvantages for some groups, such as denying adequate medical coverage. It also clouds an otherwise strong debut for Apple Card -- both Apple and Goldman have claimed this was the "most successful launch" of a credit card in US history. Whether or not that's true, Hansson's incident suggests there may still be flaws to address.

The @AppleCard is such a fucking sexist program. My wife and I filed joint tax returns, live in a community-property state, and have been married for a long time. Yet Apple's black box algorithm thinks I deserve 20x the credit limit she does. No appeals work.

Update 11/11/2019 3:43 AM ET: Goldman Sachs, the company that manages Apple Card applications, has denied that application review process factors in gender. It issued a statement in the embedded tweet, below. The article has also been updated with a similar complaint from Apple co-founder Steve Wozniak.

We wanted to address some recent questions regarding the #AppleCard credit decision process. pic.twitter.com/TNZJTUZv36

Source: Bloomberg
Coverage: David Heinemeier Hansson (Twitter), Business Insider
In this article: apple, apple card, business, credit card, gear, goldman sachs, investigation, new york, politics, services, sexism
All products recommended by Engadget are selected by our editorial team, independent of our parent company. Some of our stories include affiliate links. If you buy something through one of these links, we may earn an affiliate commission.