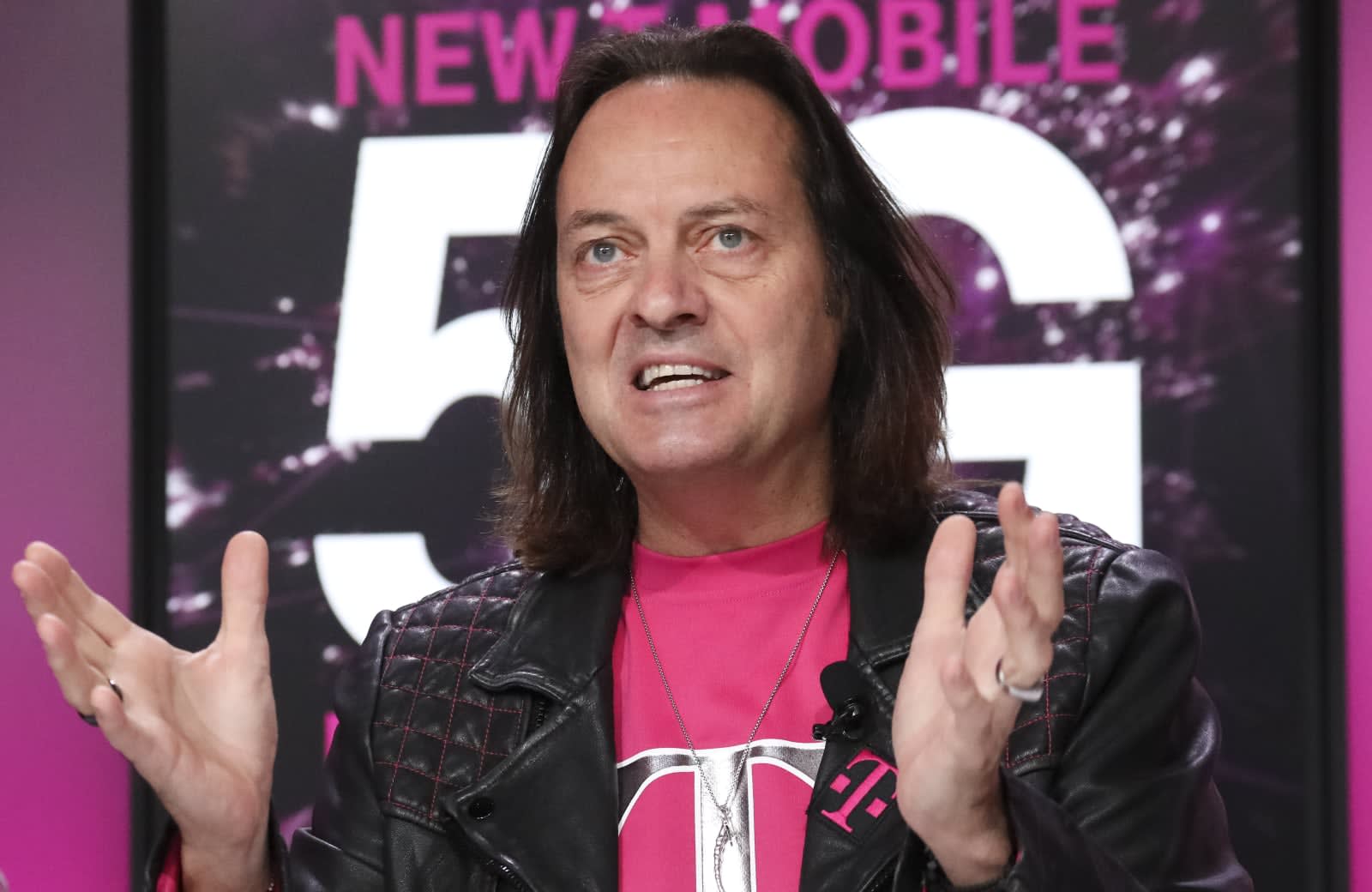 WeWork's series of trials and tribulations has been one of the biggest business stories of the last few months. Co-founder Adam Neumann exited as CEO in September, then SoftBank bought a majority stake in the troubled co-working company after WeWork's failed attempt at an IPO. WeWork might already have a new chief executive lined up, though: T-Mobile CEO John Legere, whom the Wall Street Journal reported is in talks to take over.

WeWork (or its parent, We Co, to be more precise) is said to be looking for a CEO to start as soon as January. It's a little early to say for sure whether that'll be Legere -- he's one of several candidates, according to CNBC -- but the timing of the move is certainly intriguing.

T-Mobile's proposed merger with Sprint, which has been in the works since last year, took a significant step closer to fruition after the Federal Communications Commission approved the deal last week. Legere expects it to be finalized early next year.

After Neumann's departure, WeWork execs Artie Minson and Sebastian Gunningham stepped in as co-CEOs. But SoftBank is looking for a "high-profile candidate" who can turn things around at WeWork and potentially see it through to an IPO, according to the WSJ.

The brash Legere might just fit the bill. He took over as T-Mobile CEO seven years ago, and lured millions of customers away from rival providers. There are some existing strands between him and SoftBank, too. The holding company is also majority owner of Sprint, whose former CEO Marcelo Claure it appointed as WeWork's executive chairman. Claure, who holds the same role at Sprint, worked on the T-Mobile merger.

Source: The Wall Street Journal, CNBC
In this article: business, co-working, coworking, gear, john legere, johnlegere, softbank, sprint, t-mobile, tmobile, verizon, wework
All products recommended by Engadget are selected by our editorial team, independent of our parent company. Some of our stories include affiliate links. If you buy something through one of these links, we may earn an affiliate commission.