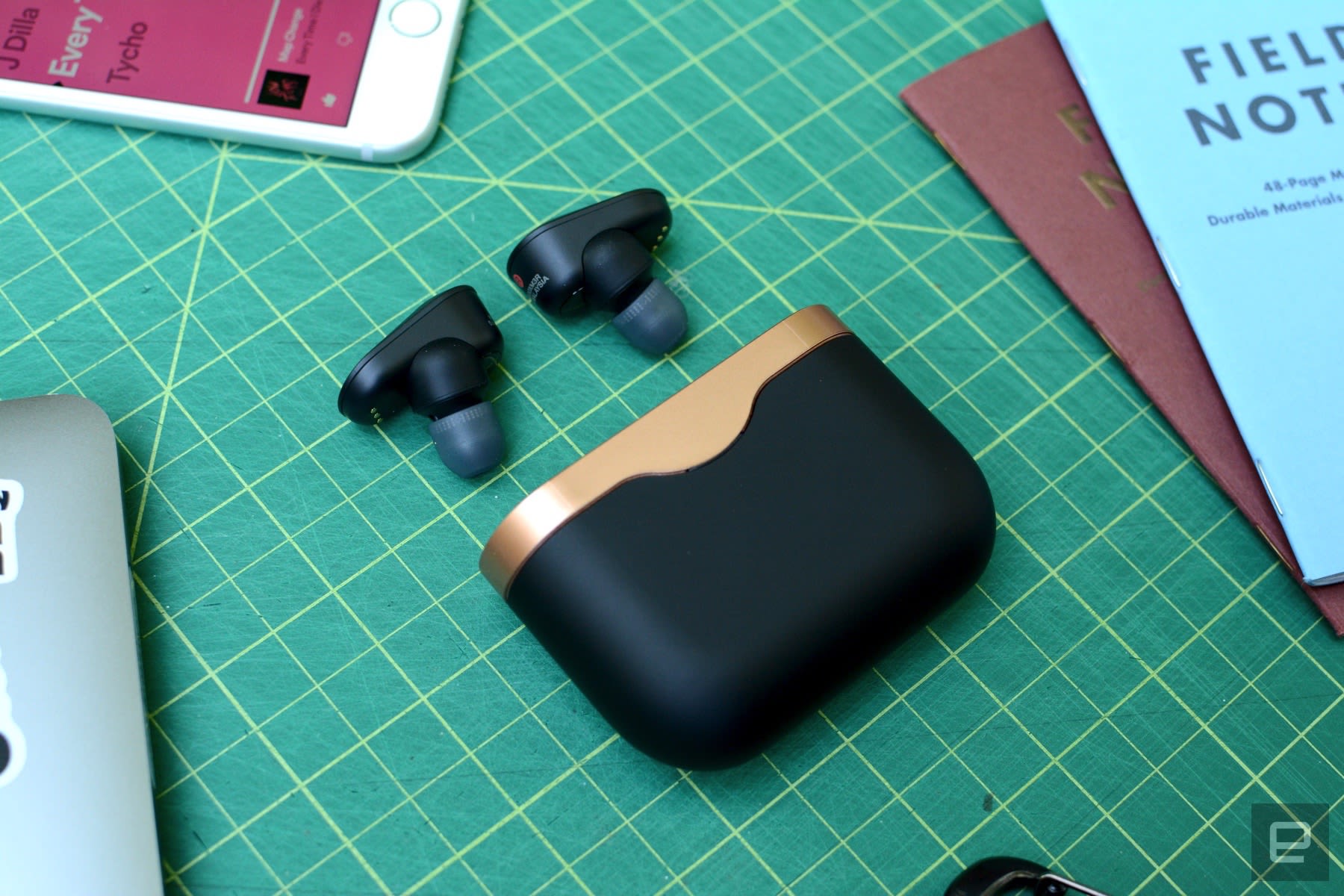 Sony has just released an update for its WF-1000XM3 earbuds that make an already great product even better. The update adds three new features: support for Alexa, on-board volume controls and the ability to see the battery level of the charging case in the Sony Headphones Connect app.

While Alexa support is the new feature that will jump out at most people, the star of the show here is the addition of on-device volume control. When he reviewed them this past summer, Engadget's Billy Steele said his main gripe with the WF-1000XM3's was that he couldn't adjust the volume on the earbuds themselves. Every time he wanted to do that, he had to dig out his smartphone to do so.

Just keep in mind that the touch surface on each earbud can only be dedicated to a single function. You have to sacrifice quick access to one of the WF-1000XM3's other features -- be that the noise cancellation toggle, digital assistant summon or playback controls -- in order to easily adjust the volume. A single tap increases the volume, while a tap and hold lowers it. So Sony's implementation here isn't perfect, but at least the option is there where it wasn't before.

You can grab the firmware update through Sony's Headphones Connect app, available on Android and iOS.

Source: Sony
In this article: alexa, anc, audio, av, earbuds, gadgetry, gadgets, gear, headphones, noise cancelling, sony, true wireless, true wireless earbuds, update, wearables, WF-1000XM3
All products recommended by Engadget are selected by our editorial team, independent of our parent company. Some of our stories include affiliate links. If you buy something through one of these links, we may earn an affiliate commission.