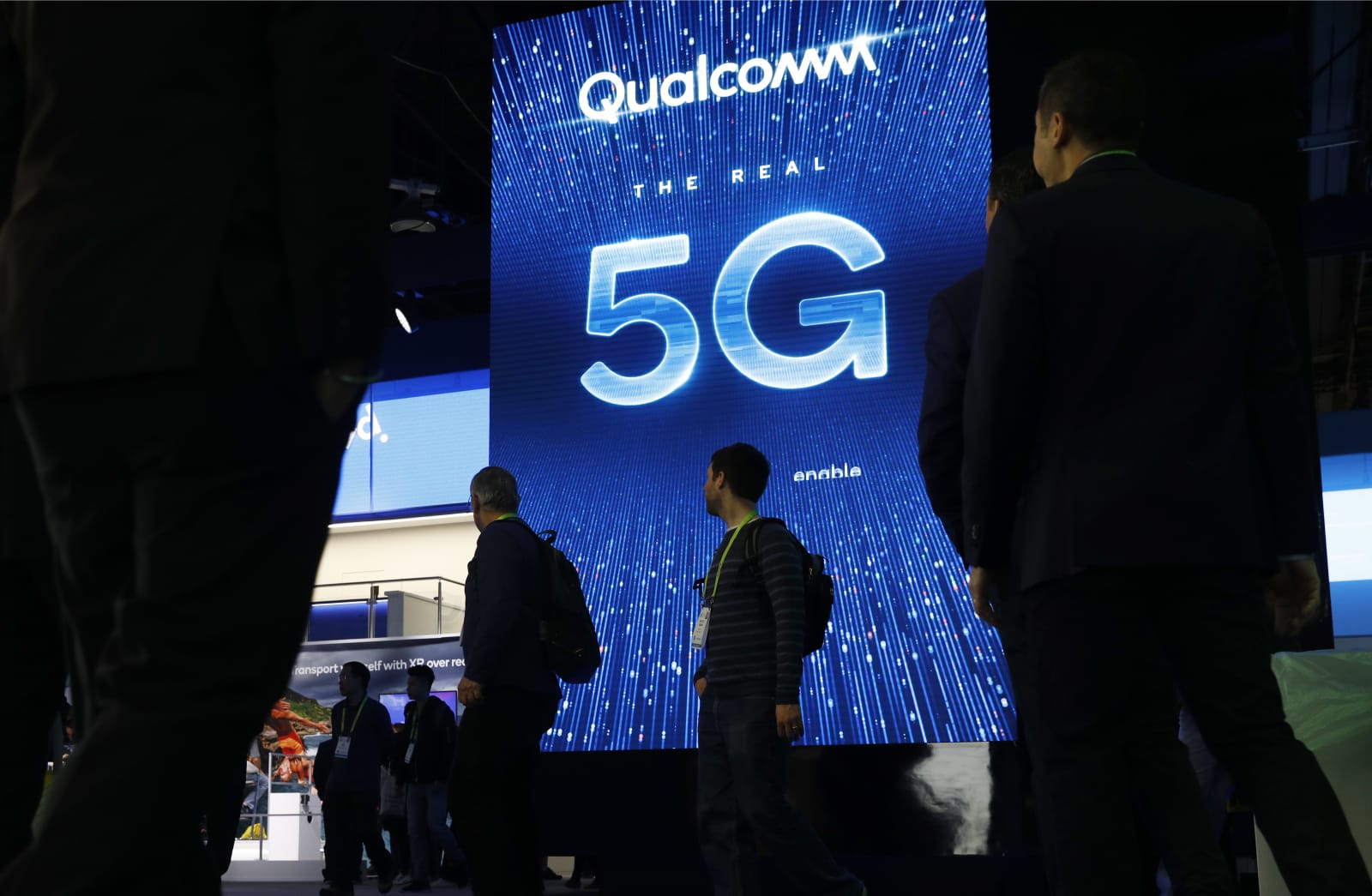 Qualcomm just outlined the performance landscape for many of 2020's Android phones -- the company has introduced the Snapdragon 865, 765 and gaming-oriented 765G. They should improve performance in categories like AI and 8K video capture (Qualcomm won't share much more until December 4th), but this time around the highest-end chip isn't the star. The upper mid-range 765 series represents Qualcomm's first systems-on-a-chip with integrated 5G, saving them from using separate, power-hungry modems to take advantage of next-gen wireless. That could extend battery life, of course, but it should also make 5G handsets more affordable.

Just when phones will arrive will depend on the individual manufacturers. It won't surprise you to hear that several vendors have already confirmed work on devices using the new Snapdragons. Xiaomi's Mi 10 and an unnamed Oppo flagship will use the Snapdragon 865 in the first quarter of 2020, while Nokia (that is, HMD Global) will use the Snapdragon 765 for future hardware. Motorola, meanwhile, expects to use both the 865 and 765 in its devices.

And yes, there's good news if you liked the thought of Qualcomm's in-screen fingerprint reader but thought it needed work. The company has unveiled a next-gen 3D Sonic Max sensor whose ultrasonic tech has a recognition area 17 times larger than before, letting it authenticate with two whole fingers at once. That promises considerably greater security, but also promises faster fingerprint registration and fewer instances of fumbling around to hit the reader's sweet spot. You'll have to wait until 2020 for this as well, but it could be worthwhile if you think current fingerprint sensors are too crude.

Source: Qualcomm
In this article: 3d sonic max, cpu, fingerprint sensor, gear, mobile, processor, qualcomm, smartphone, snapdragon, snapdragon 765, snapdragon 765g, snapdragon 865, soc, system on a chip
All products recommended by Engadget are selected by our editorial team, independent of our parent company. Some of our stories include affiliate links. If you buy something through one of these links, we may earn an affiliate commission.