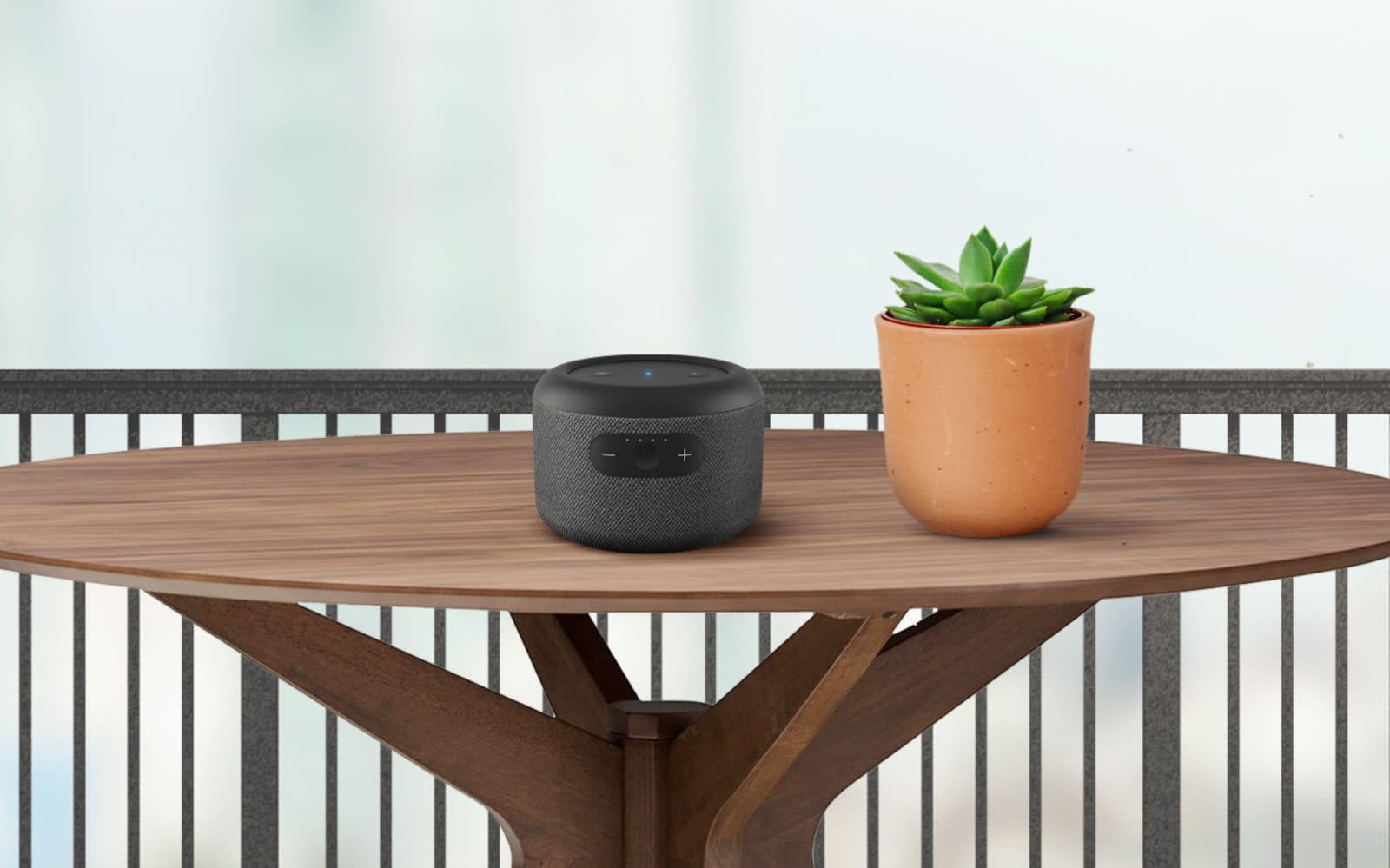 Amazon hasn't built a portable Echo device since the little-loved Tap, but that situation has now changed. The retail giant has unveiled the Echo Input (Portable Smart Speaker Edition) exclusively for the Indian market. It has 360-degree sound and comes with a 4800mAh battery that powers it for 10 hours of continuous music playback and 11 hours of standby life.

Unlike the dongle-like Echo Input, this model doesn't let you use Alexa with a dumb speaker. Rather, Amazon sees it as a way to bring Alexa with you. "Portability has been one of the most requested features in India," Amazon devices VP Miriam Daniel told TechCrunch. "You want to be able to carry Alexa with you from room to room within your homes."

The Tap never really took off because you had to push a button to activate Alexa (something Amazon rectified later), but a better-executed model could work. Amazon currently has no portable Echo devices in Europe and North America, and hasn't said whether the new model will come here. The Echo Input Portable Smart Speaker Edition is now available on pre-order in India for 4,999 rupees ($70) with shipping set for December 18th.

Update 12/5/2019 3:35 PM ET: The article originally stated that Amazon planned to eventually bring the Echo Input (Portable Smart Speaker Edition) to North America and Europe. However, the company said that it never commented on the device's future roadmap. The post has been updated with the correct information.

Via: TechCrunch
Source: Amazon
In this article: Alexa, amazon, av, battery-powered, Echo Input, entertainment, portable, Portable Smart Speaker Edition, robots, Smart Speaker
All products recommended by Engadget are selected by our editorial team, independent of our parent company. Some of our stories include affiliate links. If you buy something through one of these links, we may earn an affiliate commission.