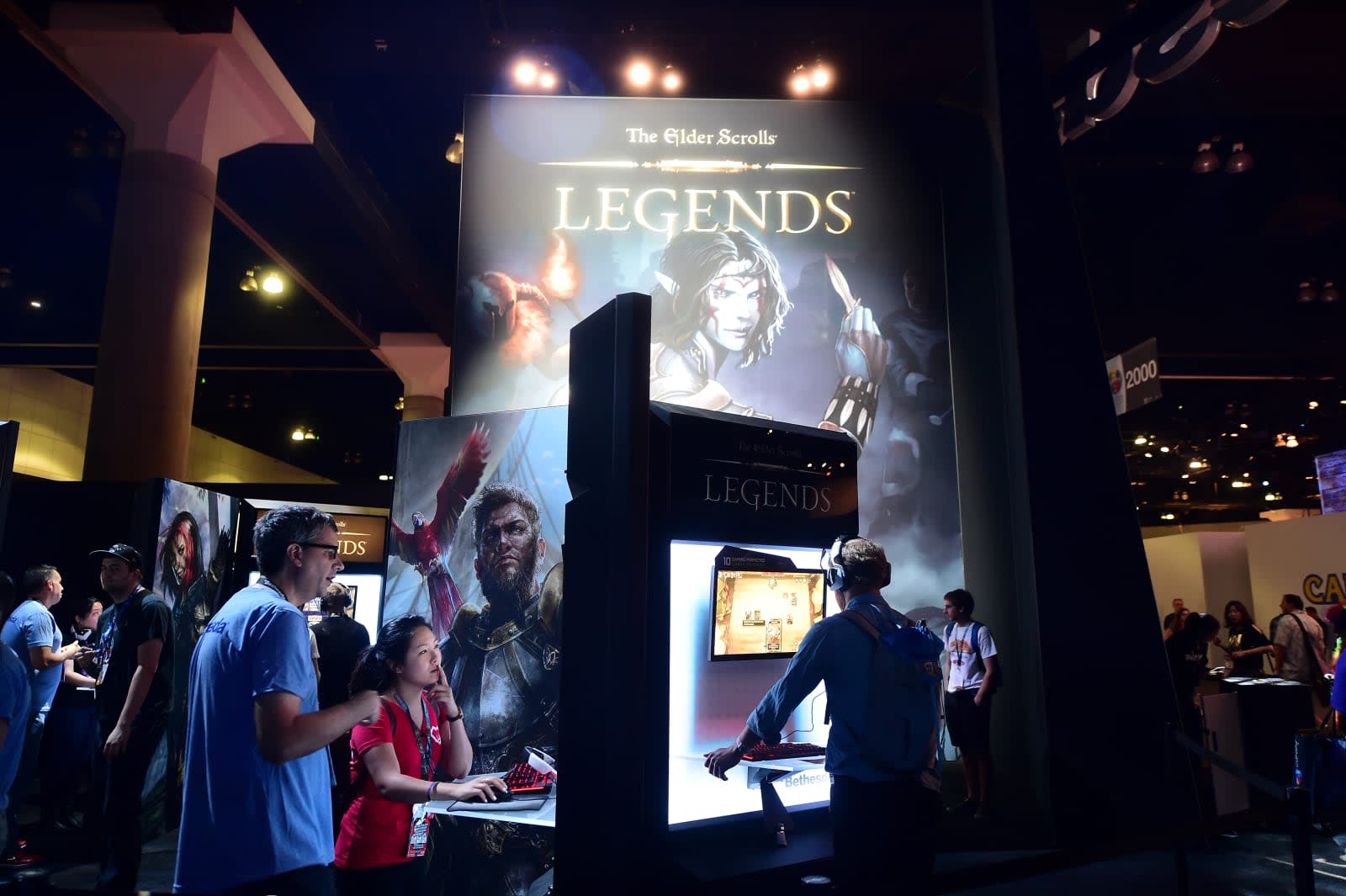 It's not a good time for card battle games, apparently. Bethesda has put all The Elder Scrolls: Legends development "on hold" for an indefinite amount of time, effectively canceling both the console version and a planned card set. The game will still be fully playable, and you can expect in-game events and rewards. Beyond that, though, the game is effectively frozen in time.

As compensation, Bethesda is handing out a free Tamriel Collection card set to everyone who signs in. GAEA's Asia-oriented version of the game is still in development.

The company didn't say why it was halting work. Legends' development has, however, been more than a little problematic. Bethesda dropped the original development team at Dire Wolf Digital in favor of Sparkypants due to "untapped potential," and there have been reports of staff departures as well as complaints about buggy software. Legends struggled to compete with heavyweights like Hearthstone and Magic: The Gathering, and Bethesda might have felt that sustaining the game wasn't worth the effort.