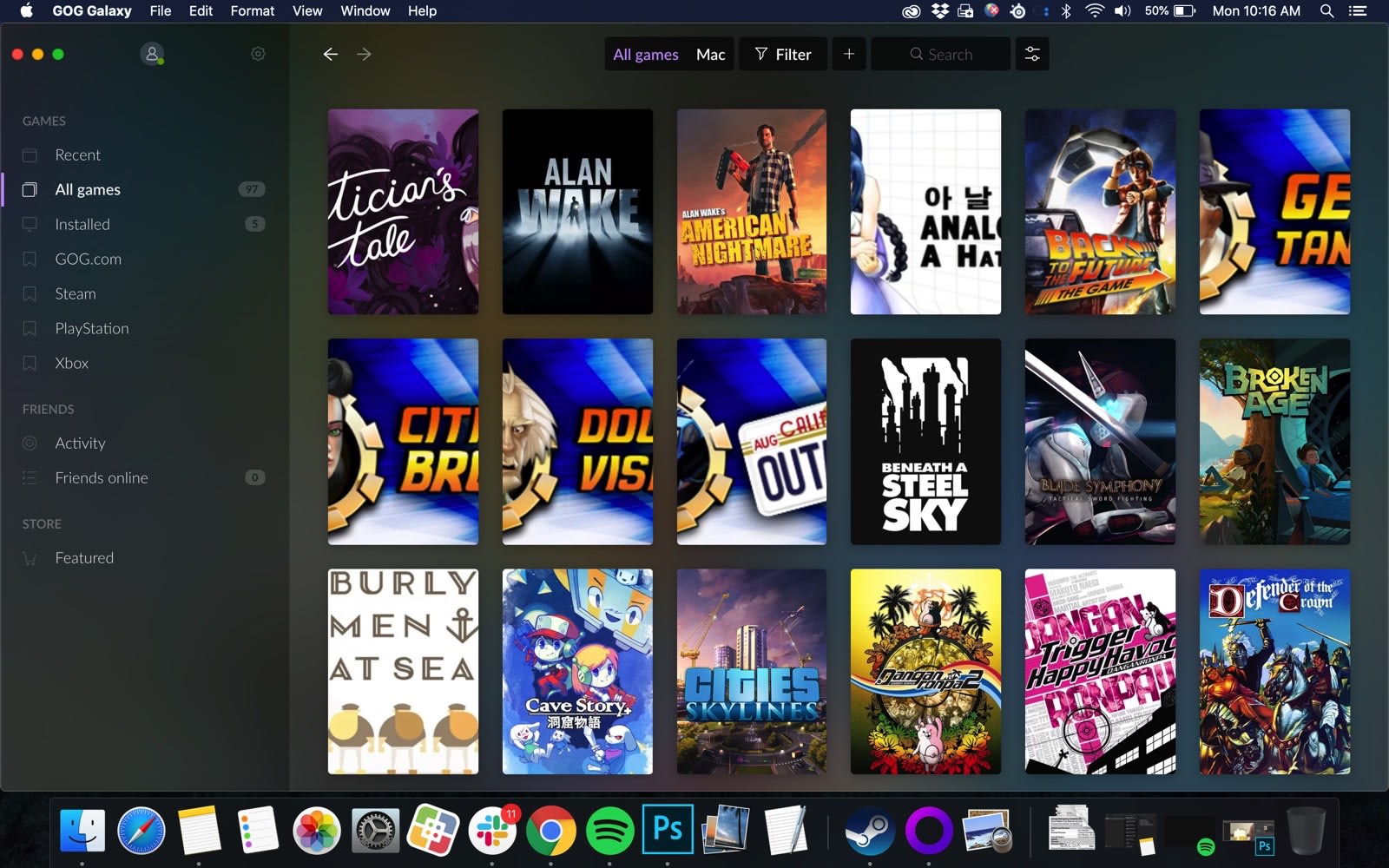 After launching in a limited, invite-only beta earlier this year, GOG Galaxy 2.0 is now available to anyone who wants to try it. You can join the open beta by visiting the GOG Galaxy website and downloading the new client on your PC or Mac.

As before, owner CD Projekt says the goal of its app is to unify your disparate game libraries and friends lists in one place. While you'll still need to have launchers like Steam and the Epic Games Store on your computer, GOG Galaxy 2.0 allows you to install and play any games you may have on those platforms using its client. You can also link your Xbox and PlayStation accounts to GOG Galaxy 2.0, allowing you to see your console games as well -- no need for a spreadsheet. At the moment, GOG Galaxy 2.0 supports 20 platforms, either officially or through community-made integrations. Some of the bigger ones include Steam, Origin, Uplay and the Epic Games Store.

We took a look at GOG Galaxy 2.0 earlier this year when it was in closed beta. At the time, the client didn't have a lot of features, but it did allow us to organize the majority of our games. Since then, GOG has been busy at work adding features that enhance the platform's original pitch. With its latest patch, for example, GOG Galaxy now allows you to see the online status of your friends across different gaming platforms. It's a nifty feature that makes it easier to pull your buddies into an online game like Destiny 2. GOG Galaxy 2.0 probably won't spell the end of store exclusives like Hades and Metro Exodus, but it will least make them easier to handle.

Source: GOG
In this article: Epic Games Store, gaming, GOG, GOG Galaxy, gog galaxy 2.0, origin, personal computing, personalcomputing, playstation network, psn, services, Steam, uplay, xbox live
All products recommended by Engadget are selected by our editorial team, independent of our parent company. Some of our stories include affiliate links. If you buy something through one of these links, we may earn an affiliate commission.