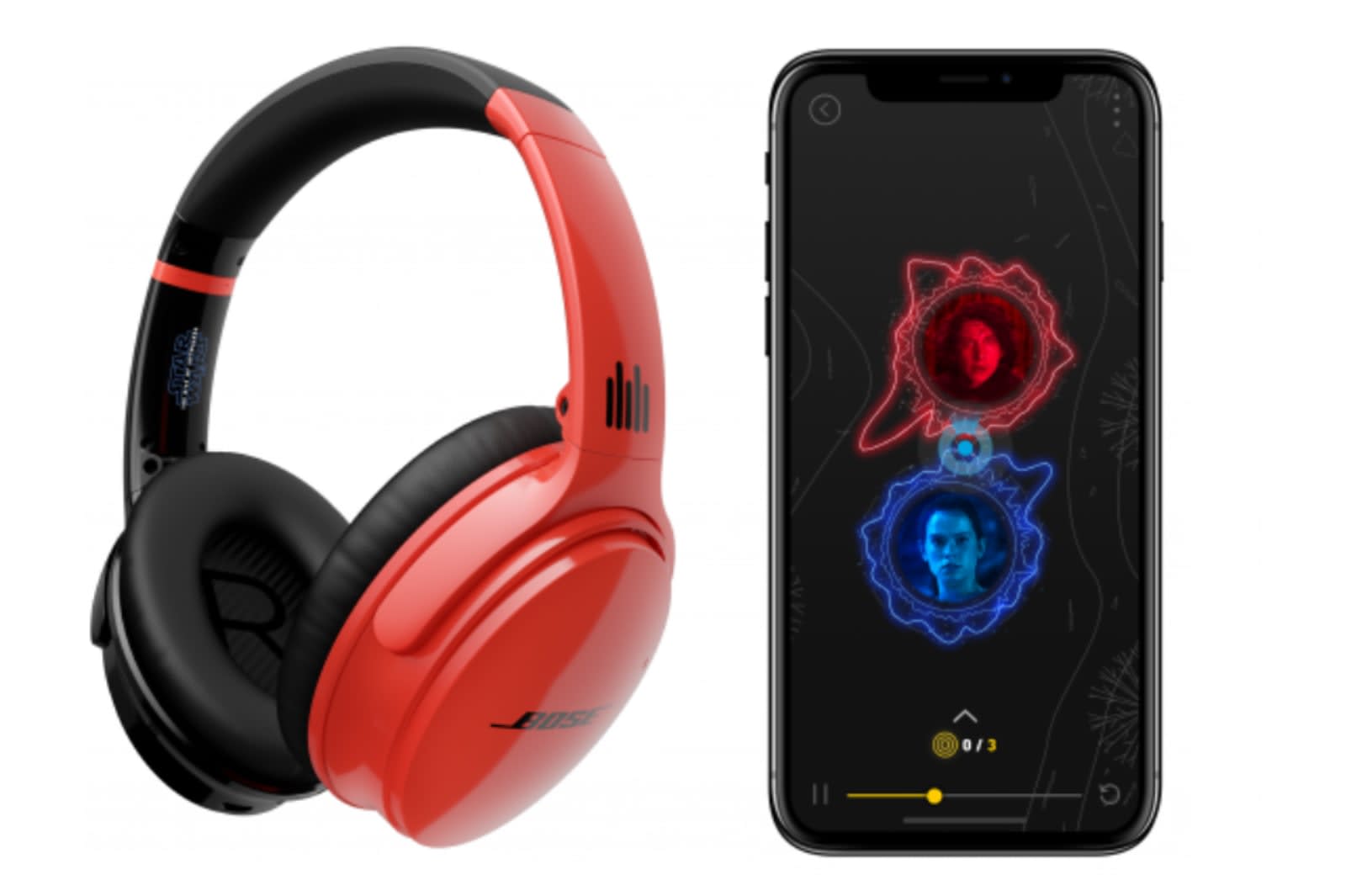 Audio-based augmented reality has taken something of a backseat to the more visually-driven stuff, but that doesn't mean there's a shortage of cool things happening in the area. Today, Bose is launching a brand new audio AR experience through the official Star Wars app, to coincide with the release of Star Wars: The Rise of Skywalker.

If you've got a pair of Headphones 700, QuietComfort 35 Headphones II or Bose Frames, you can unlock an immersive, 360-degree audio journey into the Star Wars universe. Explore classic scenes, such as Luke Skywalker's lightsabre training in 1977's A New Hope, or get among Rey and Kylo Ren's tense showdown in 2015's The Force Awakens. Bose's AR-enabled products detect the wearer's body orientation and movement, so it all sounds like you're right there among the action. You'll also be able to access special behind-the-scenes content through the app, too.

In honor of the new movie, Bose is also releasing a limited number of customized QuietComfort 35 Headphones II. Inspired by the colors and design of the dark side, one half of these headphones is dipped in black and emblazoned with a bright red Sith insignia. The other side -- red with black patterns and detail -- will be immediately recognizable by followers of the Empire and First Order. Get them for $400 from Bose.com.

Source: Bose
In this article: app, AR, audio, av, Bose, Bose Frames, design, entertainment, gear, Headphones 700, QuietComfort, Star Wars, The Rise of Skywalker
All products recommended by Engadget are selected by our editorial team, independent of our parent company. Some of our stories include affiliate links. If you buy something through one of these links, we may earn an affiliate commission.