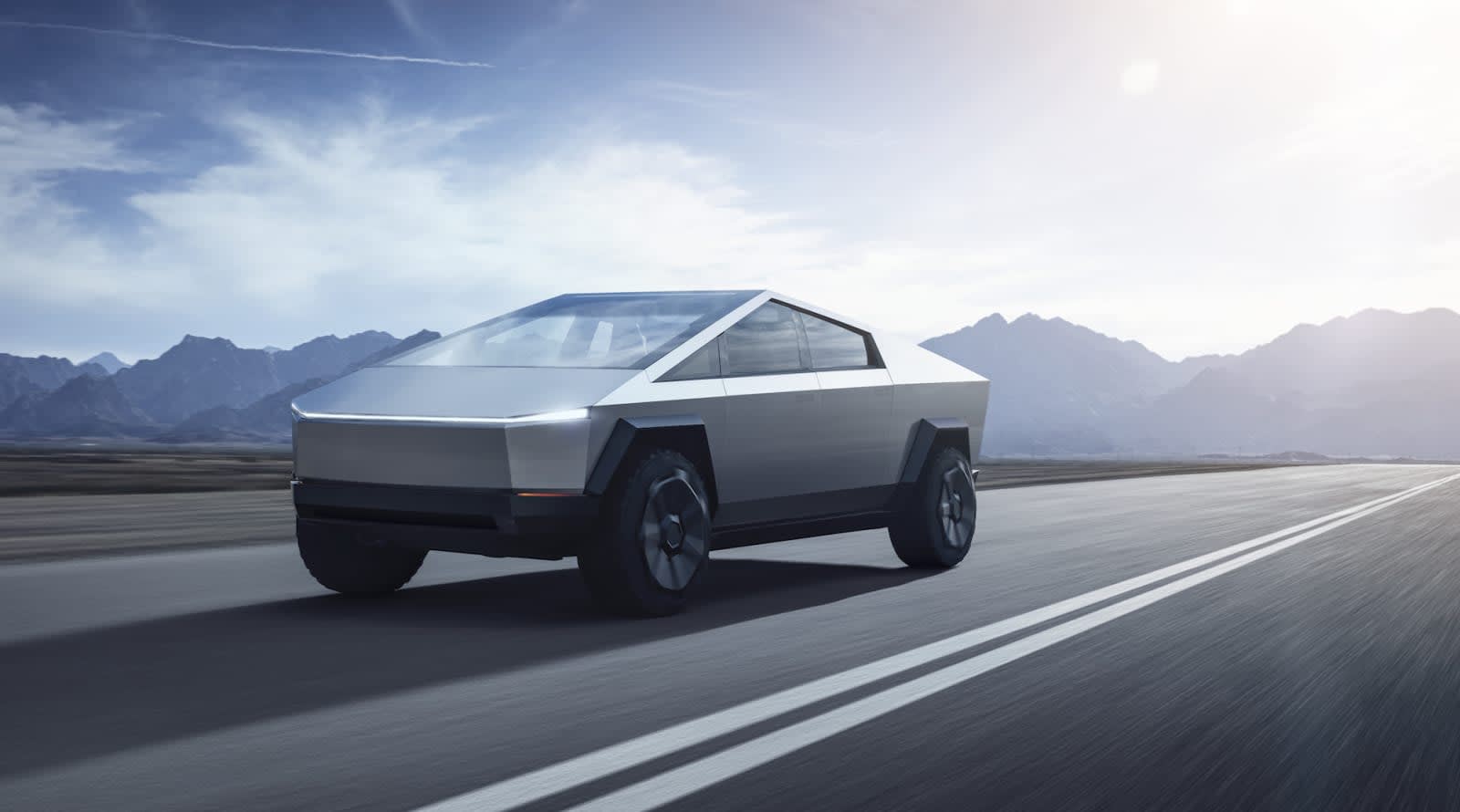 While the Ford F-150 has been the claimed target for the Tesla Cybertruck, it looks like the government may classify it like even larger and more capable pickups. As first reported by Automotive News, the electric car company sent a letter to the California Air Resources Board (CARB) suggesting that the state not give Class 2b-3 trucks an exception to required electric vehicle sales until 2027, that instead it should have the requirements in 2024. That class is the medium-duty pickup class that consists of vehicles such as the Ford F-Series Super Duty, Chevy Silverado HD and Ram 2500. The letter goes on to note that the Cybertruck will likely fall in that category.

The reason is the Cybertruck will probably be quite heavy. Vehicle classes are based on gross vehicle weight ratings (GVWR). This is basically the absolute maximum a vehicle can weigh, comprising the car's weight plus whatever is in it. The 2b-3 medium-duty class consists of vehicles with gross vehicle weight ratings over 8,500 pounds, while the light-duty group is under 8,500 pounds. The Tesla probably goes over that 8,500-pound mark not just because of its payload, which is a claimed 3,500 pounds for the base model, but because electric cars with all their batteries weigh a lot.

Take for instance the Porsche Taycan Turbo. It's not a very big sports sedan, but it has a curb weight of a whopping 5,132 pounds, which is heavier than any F-150 except the diesel model and the Raptor. And even with all those batteries and an aerodynamic shape, it only manages an EPA range of 201 miles. Put a bunch of batteries in a vehicle with the size and heavy build of an F-150, but with worse aerodynamics than a Taycan or Model S, and hit at least 250 miles of range, and you're going to have an elephant of a vehicle, no matter who's building it. 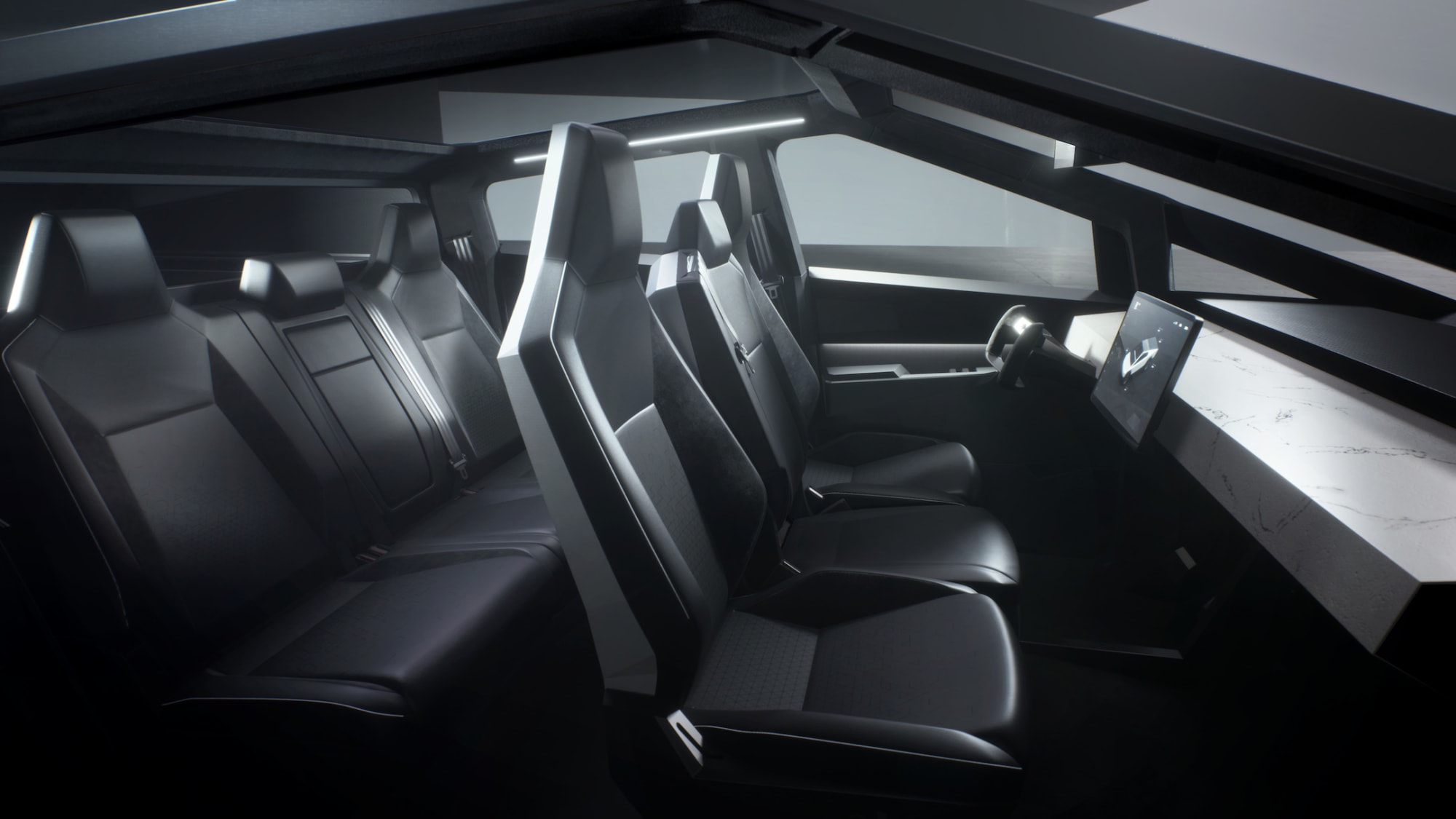 There are some interesting consequences to the classification of the Tesla and the likely heavy weight of all electric pickup trucks. As the author of the Automotive News article pointed out on Twitter, medium-duty vehicles don't get an EPA fuel economy rating, so Tesla probably wouldn't have to have an official EPA range and electricity usage rating.

Also, if the Cybertruck ends up in the medium-duty class, there's a strong possibility the upcoming electric F-150, and even the Rivian R1T, will, too, depending on its capabilities. The 2020 F-150 has a GVWR range from 6,070 pounds to 7,850 pounds. Ford could potentially reduce the payload capacity of an electric F-150 to try and stay under the 8,500-pound GVWR mark, but we expect Ford won't want to sacrifice any capability, as it wants the electric F-150 to be just as usable as the internal-combustion versions.

In this article: autoblog, cybertruck, electric vehicle, ev, F-250, gear, medium-duty, partner, pickup, Syndicated, Tesla, transportation, truck
All products recommended by Engadget are selected by our editorial team, independent of our parent company. Some of our stories include affiliate links. If you buy something through one of these links, we may earn an affiliate commission.