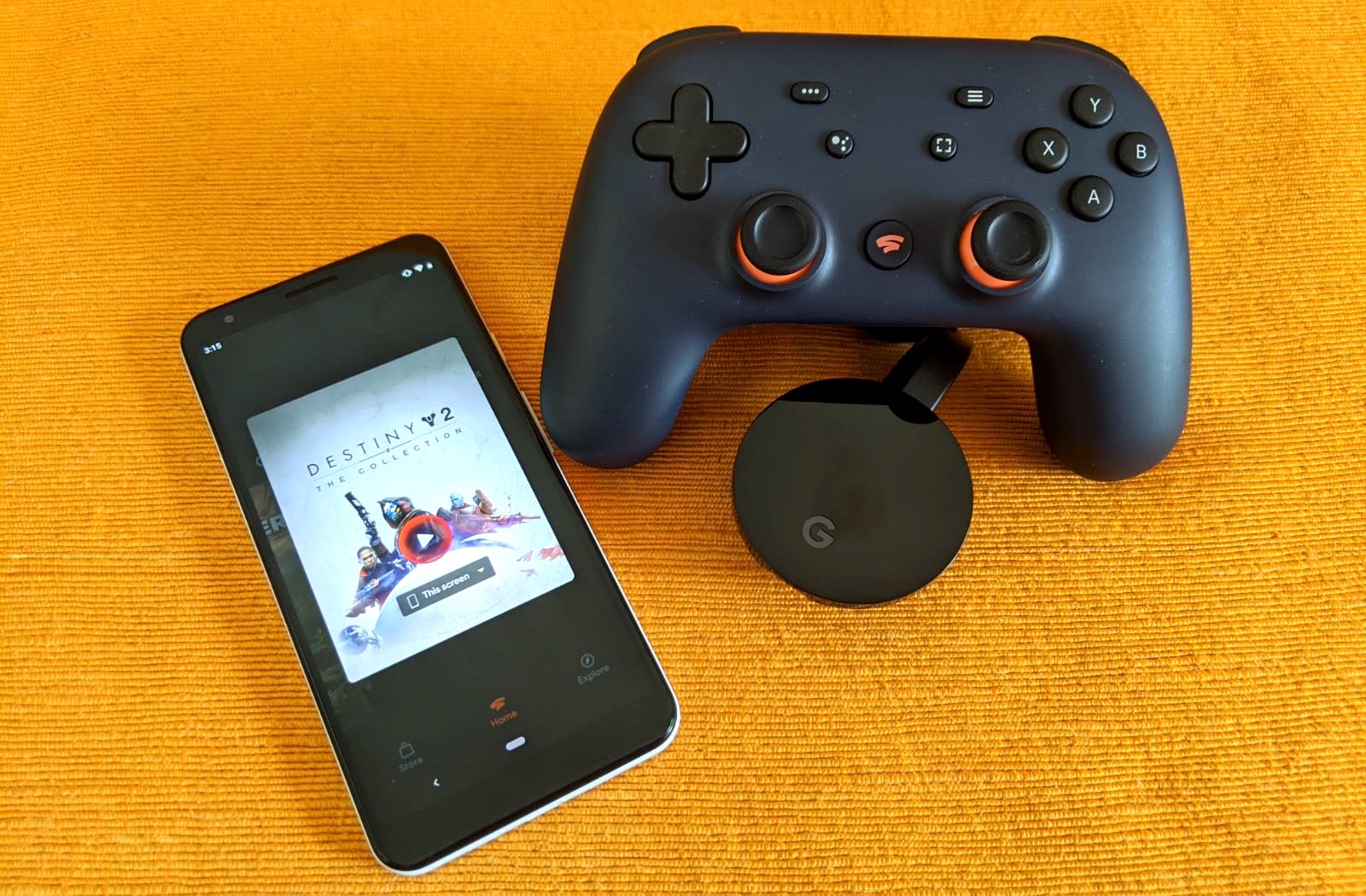 Stadia Founder's Edition purchasers will be getting a holiday surprise, with an extra Buddy Pass that can be gifted to a friend or family member so they can test out Stadia for themselves. The cloud streaming service allows users to stream any game to a TV, phone or laptop in up to 4K resolution.

A Buddy Pass gives a friend three months' free use of the Stadia Pro service. Stadia Pro is Stadia's take on Xbox Live Gold, normally costing $10 per month and offering bonuses like 4K/HDR streaming, 5.1 sound and access to free games. The first wave of passes were handed out a week after launch, making this seasonal gift all the more surprising.

The selection of games available to play for free on Pro is very limited, though. Currently there are just four titles: Tomb Raider: Definitive Edition, Farming Simulator 19, Destiny 2: The Collection and Samurai Shodown. However, Google has promised that it will be adding around one new game per month to the service.

In the spirit of the holidays, we have an early surprise gift for Stadia Founders: an extra Buddy Pass. Give it to a friend, a family member... anybody you know who loves games. pic.twitter.com/cn7muBPgfS

The launch of Stadia was troubled, with people experiencing problems with lag and some not receiving their pre-order codes on launch day which made the platform unusable for them. A common complaint from users was that, despite the potential benefits of the service, they felt the launch was rushed and they were being treated like beta testers.

Handing out Buddy Passes may help to mitigate negative feelings about the launch and encourage more people to try the service, and building the Stadia community will likely help more people to stick with the subscription in the longer term. However, whether it will mollify critical fans remains to be seen.

Source: Twitter
In this article: gaming, google, internet, stadia, stadia buddy pass, stadia pro
All products recommended by Engadget are selected by our editorial team, independent of our parent company. Some of our stories include affiliate links. If you buy something through one of these links, we may earn an affiliate commission.