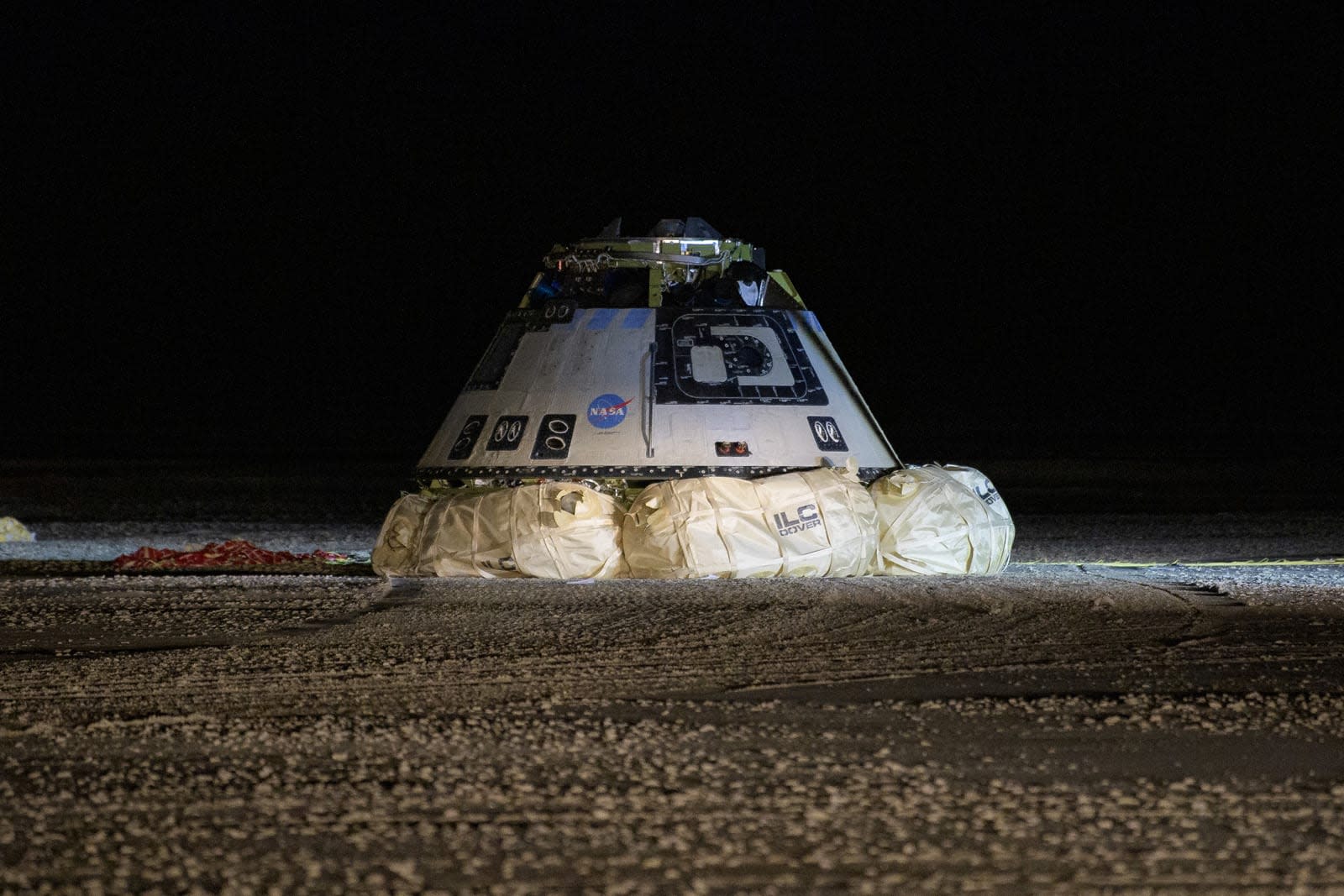 The inaugural Starliner test flight didn't go according to plan, but it still made a little bit of history. Boeing's spacecraft landed safely at New Mexico's White Sands Missile Range at 7:58AM Eastern, making it the first US-made, crew-ready capsule to touch down on solid ground. Previous capsules from the Mercury, Gemini and Apollo programs all landed in the sea. This capsule didn't have any humans aboard (the test dummy Rosie doesn't count), but this is still a watershed moment.

Starliner didn't dock with the International Space Station as planned, but it still collected ample amounts of data across the flight, including Rosie's insights as to how humans would fare during a trip. The team likely collected about 85 to 90 percent of what they were looking for, Boeing's Jim Chilton said during a post-touchdown briefing. The mission team previously said it was confident it could fix the mistake that prevented the docking.

Just what happens next is uncertain. Boeing and NASA said during the briefing that they still expected a crewed flight in 2020, but that they wanted to review data before deciding the next course of action. There are still more dry runs to go, including an in-flight abort test to complement the launch abort test from November. While NASA is eager to reduce its dependence on Russian spacecraft to transport astronauts, it also wants to ensure that vehicles like Starliner and SpaceX's Crew Dragon are trustworthy before there are people aboard.

The #Starliner spacecraft safely touched down at 7:58am ET at @WSMissileRange in New Mexico with a bulleye landing. This marks the 1st time an American-made, human-rated capsule has landed on land. Watch our live coverage: https://t.co/MAYPLDF7R7 pic.twitter.com/66owuQDsVB

In this article: boeing, capsule, gear, nasa, space, spacecraft, spaceflight, starliner, video
All products recommended by Engadget are selected by our editorial team, independent of our parent company. Some of our stories include affiliate links. If you buy something through one of these links, we may earn an affiliate commission.