The company will show off the concept vehicle at CES.
I. Bonifacic|01.03.20
@igorbonifacic

Once you get past oddities like bread-making machines, CES is really wouldn't be what it is without some forward-looking mobility concepts. Case and point: next week Segway and owner Ninebot will show off a prototype electric vehicle called the S-Pod that looks like a horseless chariot.

According to the two companies, the 330.7 pound S-Pod can cruise at a top speed of 24.8 miles per hour. They claim it's also easy to drive thanks to a feature that automatically balances the vehicle while it's moving. The current prototype can travel about 43.5 miles before its battery needs to be charged. 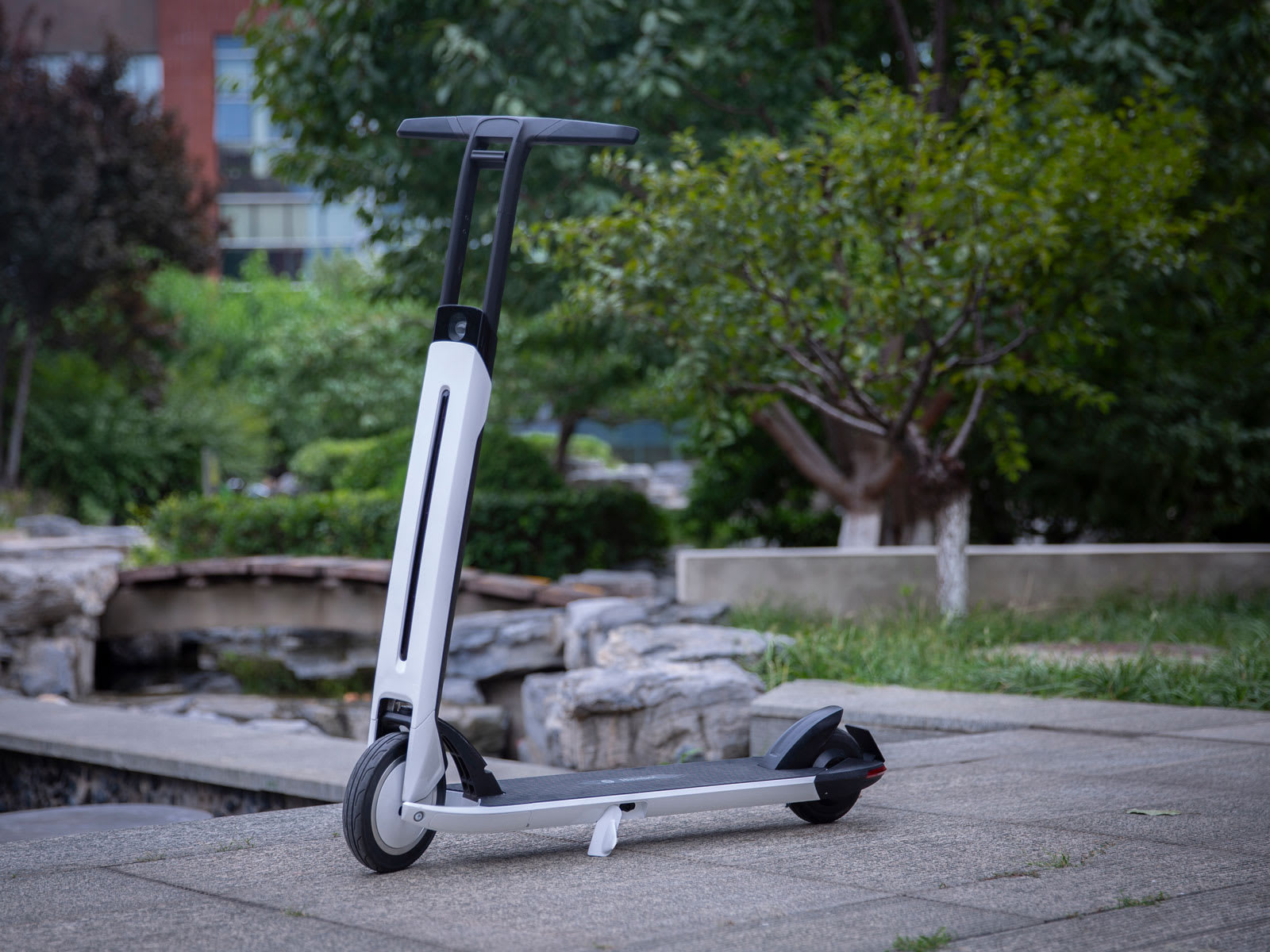 Looking to the more immediate future, the companies will also show off a new electric scooter called the NineBot KickScooter Air T15. At 22.09 pounds, Segway and Ninebot say the T15 is the most lightweight and compact kick scooter they've made to date. The vehicle uses a new braking system that charges the battery whenever you slow down or stop.

When you're not riding it, the T15 can fold up to make it easier to store. Ninebot says it should take at most about seven seconds to fold and unfold the scooter. The frame is also IPX5-certified water resistant, which means occasional showers won't damage its internals. The 300 watt motor can propel the scooter at 12.4 miles per hour and get it up a 15 percent incline without slowing down. Meanwhile, the 144 watt-hour battery takes approximately two-hand-a-half hours to charge, and features a 9.32 mile max range.

Ninebot plans to sell the KickScooter Air T15 for $699.99. Next week, we'll likely also see the eMoped and eScooter EVs Ninebot showed off last month -- though it's safe to say the S-Pod will probably dominate the conversation.

Update: This story originally had the price of the KickScooter Air T15 listed as $799; Segway has since updated to say it is $699.