Samsung Korea has announced the premium 8K TV it's bringing to CES 2020, confirming that the recently-leaked image is real. The Q950 is not only a super-high resolution TV, it also "sets a new standard" for TV screens with its Infinity Design -- according to the company at least. Other than a small edge along the bottom, there's really no frame to speak of, and Samsung says it measures only 15mm thick.

Inside, its AI "quantum processor" powers a revamped UI that's good for upscaling any source to 8K as well as accessing TV over an antenna, or streaming services, with a universal guide that can combine recommendations from several apps at once.

It even has a "digital butler" that Samsung says will allow it to control other hardware via Bluetooth, WiFi, and even older non-internet connected devices. It can mirror content from mobile devices with just a touch using "Tap View," while picture-in-picture is back, with the ability to multitask on one screen. Naturally, there's also support for digital assistants, with Bixby, Google Assistant and Amazon Alexa onboard.

It also has Samsung's AI ScaleNet technology built-in, which the company has claimed will allow 8K streaming on networks that only have enough bandwidth for 4K. It compresses an 8K source to 4K resolution, then streams over the internet, where the AI processor upscales it back to 4K, which its developers claim will provide a higher quality picture. Amazon Prime is named as using the technology, although we'll have to see if it's used to stream 8K-quality video right away. Separately, the TV supports AV1 for 8K YouTube videos. 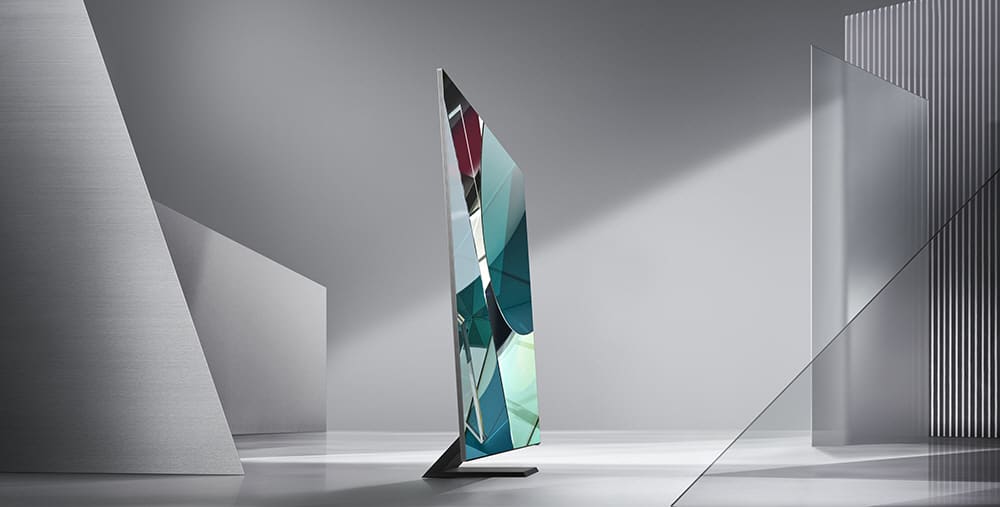 The AI processor is also behind its audio capabilities, with Object Tracking Sound Plus tech that moves audio around based on what's happening on-screen, providing a 5.1 surround effect with just the TV's speakers. Meanwhile, a new Q-Symphony feature combines the TV's speakers with compatible soundbars, which adds up to a potentially 9.1.4 speaker setup if you're properly equipped.

We should find out more about this display and everything Samsung is bringing to CES over the next few days, including how well some of these features, like Tap View and ScaleNet streaming, work in practice.