Samsung will sell its rotating Sero TV outside of Korea

The TV changes orientation to suit landscape and portrait videos.

Back in April, Samsung announced a rotating TV called 'The Sero.' Like Microsoft's Surface Hub 2, the screen can swivel between a conventional landscape setup and portrait orientation that's optimized for smartphone-centric content like Snapchat, Instagram Stories and TikToks. Samsung launched the 4K display in Korea for 1.89 million won (roughly $1,630) last May. But what about the West? Well, the company announced today that the same attention-grabbing design is coming to "several global markets" this year.

According to Samsung, The Sero is designed "for the mobile generation." (Read: millennials.) The TV connects to your phone over NFC and will mirror almost anything -- videos, games, social networks and e-commerce sites -- that you would normally consume on a smaller screen. If you own a Galaxy smartphone, The Sero will swivel automatically to match the orientiation of the content. It's a neat party trick that should keep black bars to a minimum. I do wonder how the system will cope, though, if you start flicking through a photo album full of landscape and portrait shots. 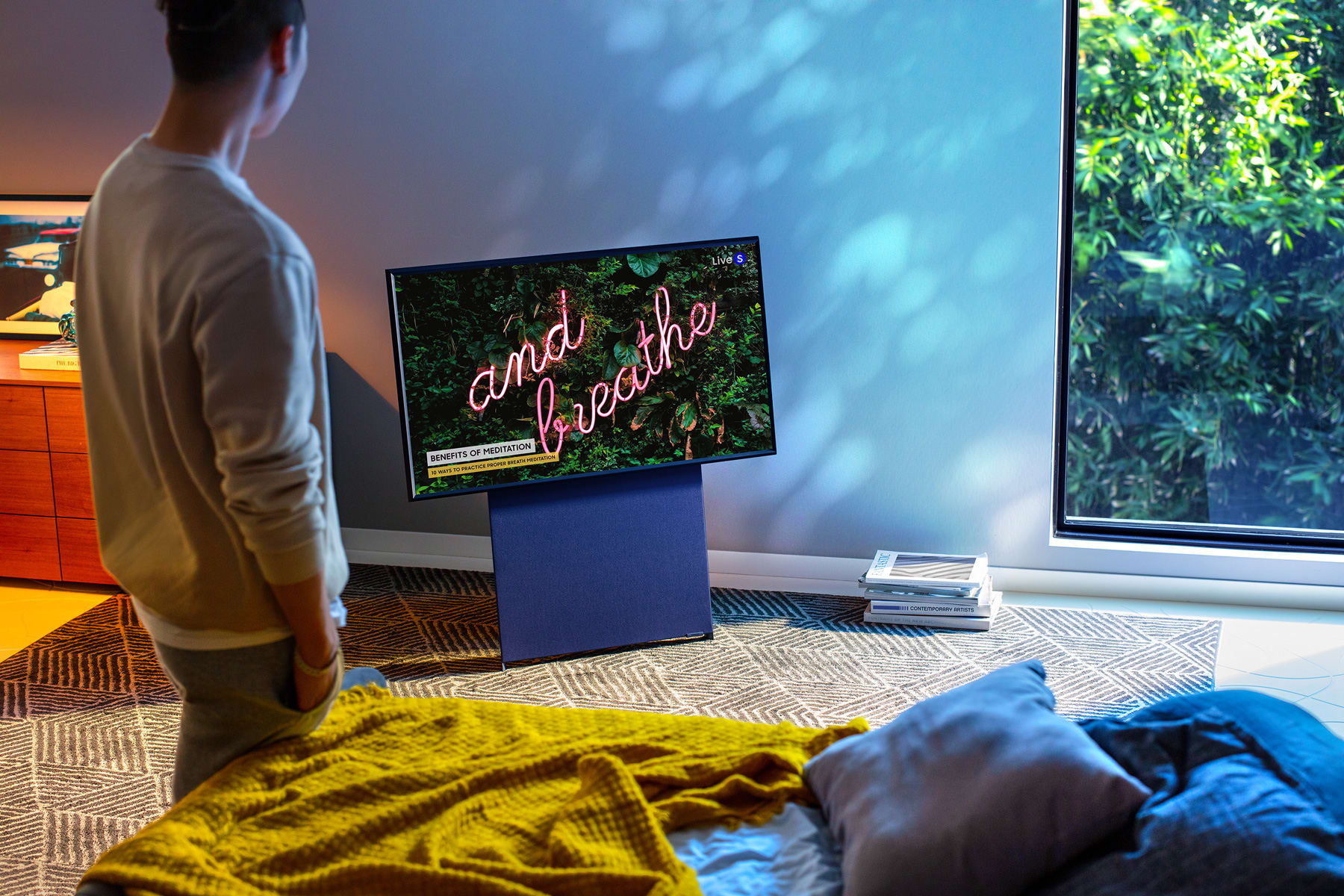 The Sero can be used like a conventional TV, of course. It's a 43-inch panel -- no word on the resolution, but we assume it's 4K -- with 4.1 channel, 60-watt speakers and a microphone-enabled remote that supports Bixby (yes, Samsung is still pushing Bixby.) The set is being positioned as the third part of Samsung's design-centric Frame and Serif TV family. It's also part of a broader push to attract younger customers with eye-catching designs. Seven months ago, for instance, the company unveiled Project PRISM, a range of customizable appliances that include colorful refrigerators.

Turn on browser notifications to receive breaking news alerts from Engadget
You can disable notifications at any time in your settings menu.
Not now
All products recommended by Engadget are selected by our editorial team, independent of our parent company. Some of our stories include affiliate links. If you buy something through one of these links, we may earn an affiliate commission. All prices are correct at the time of publishing.
Samsung will sell its rotating Sero TV outside of Korea
av
CES2020
gear
samsung
Samsung TV
Sero TV